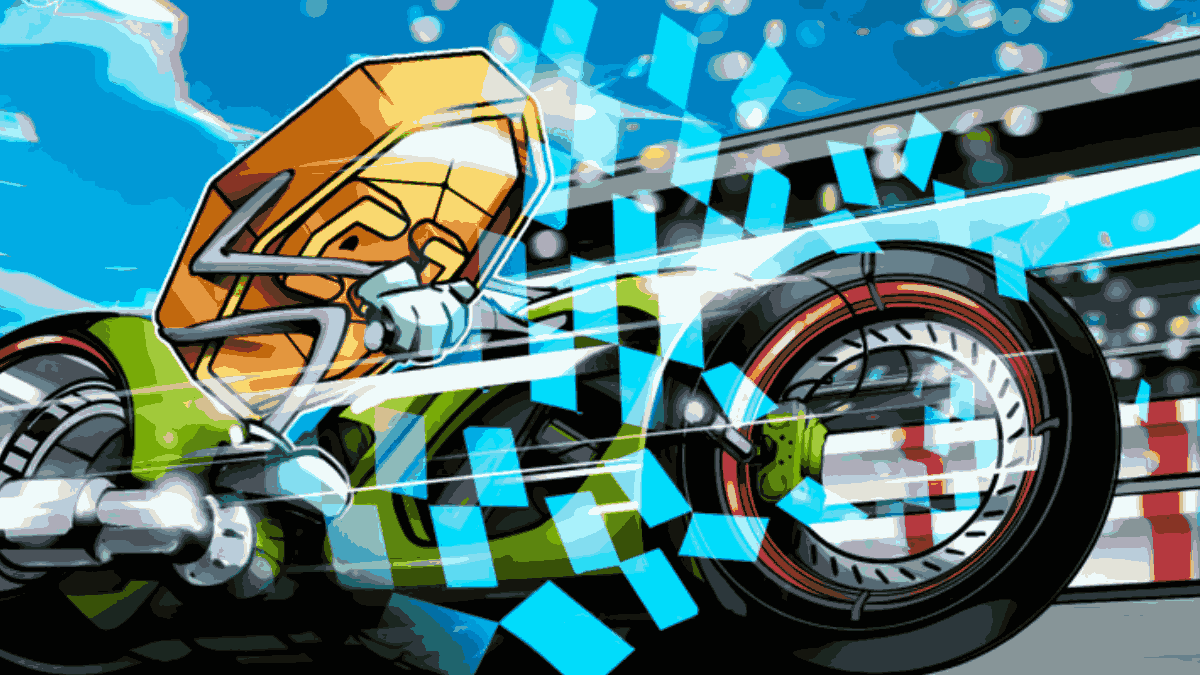 Apple’s rumored VR headset launch appeared to fuel a sharp rally in metaverse tokens, but data suggests that the momentum is unsustainable.

The metaverse hype that began in 2021 dissolved almost entirely by the end of 2022 as the top projects in the space, Decentraland and The Sandbox, lost 95% of their market capitalization. The most prominent reason for the fall was a lack of user growth.

Still, the metaverse narrative is far from dead and will grow in the future. Reportedly, Apple will launch its virtual reality gear sometime in spring 2023. The announcement was a positive catalyst for Decentraland’sMANA $0.66 and The Sandbox’s SAND

Facebook’s (Meta) foray into the metaverse was one of the most prominent catalysts for metaverse tokens. The idea for Decentraland’s and The Sandbox’s growth is that a decentralized metaverse would flourish more than Meta’s centralized version.

However, the technology has yet to become popular among the masses. In 2022, the percentage of VR users among Steam gamers was less than 2%, and the usage has yet to grow over the past two years. This is discouraging for the technology’s adoption because the gaming sector was the first to embrace it.

The technology suffers from a fundamental issue where VR headsets are unsuitable for long hours. Studies have found that prolonged usage of headsets can cause mental health problems.

Apple’s recent VR news caused an uptick in metaverse tokens, but it doesn’t necessarily translate to the success of these projects. Samsung and Oculus, owned by Meta, already have devices on the market, raising the question about the potential impact of Apple’s new devices on VR adoption.

Arguably, metaverse euphoria peaked in the last quarter of the same year when Facebook rebranded to Meta. However, the usage statistics of the two most popular metaverse platforms, The Sandbox and Decentraland, remained unimpressive throughout the price surge. Fewer than 5,000 unique active wallets (UAWs) were interacting with the smart contracts at the peak on both platforms.

Since then, the usage has decreased even further, with fewer than 1,000 UAWs per day, reflecting terrible fundamentals.

Moreover, while the token prices have jumped, the nonfungible token sales for The Sandbox lands haven’t improved with similar prices and volume since the last quarter of 2022. It once again confirms that activity across the platform is uneventful.

Decentraland is also on the creditor list of Genesis, which filed for bankruptcy last week. According to the court filings, the defunct lending firm owes Decentraland $55 million.

However, according to Decentraland’s Discord, Genesis owes only $7.8 million. A community spokesperson added, “The Treasury remains healthy and the credit amount does not represent a substantial part of the Foundation’s treasury.”

The Genesis issue has been long known; thus, it’s possible that the organization might have dissolved the issue by now. However, it will likely affect the pace of its ecosystem growth, which is small to begin with.

On the other hand, the SAND token suffers from the risk of dilution due to monthly unlocks until the end of Q3 2024. If market conditions do not improve, some investors may be inclined to sell their portion of the tokens.

Despite its shortcomings, as long as there’s a possibility that the technology will become a part of the future, the market is continually going to appreciate the first movers in the space. The problem is long-term visions may not sustain short- to medium-term rallies.

The sudden spike after days of low volatility has caused the Relative Strength Index (RSI) metric to show overheated readings. The situation has become more challenging, as the price has been trading at resistance from the breakdown region of the FTX collapse.

Nansen data shows exchange inflows for MANA and SAND were $8.4 million and $12.6 million, respectively. It suggests that more investors moved to sell than buy into a positive breakout.

Nevertheless, the recent uptick in MANA was supported by healthy volume, as reported by data from analytics firm Santiment, which is encouraging for buyers. But MANA/USD must take out the $0.735 resistance and support area for continued upside.

A similar trading set-up for SAND sees resistance for the token at around $0.93. If buyers conquer this level for the metaverse tokens, we can expect the rally to continue. However, based on fundamentals and short-term risks, it remains unlikely that the price can break above the resistance.

Why is crypto pumping? Watch The Market Report live