An overview of the metaverse in 2022 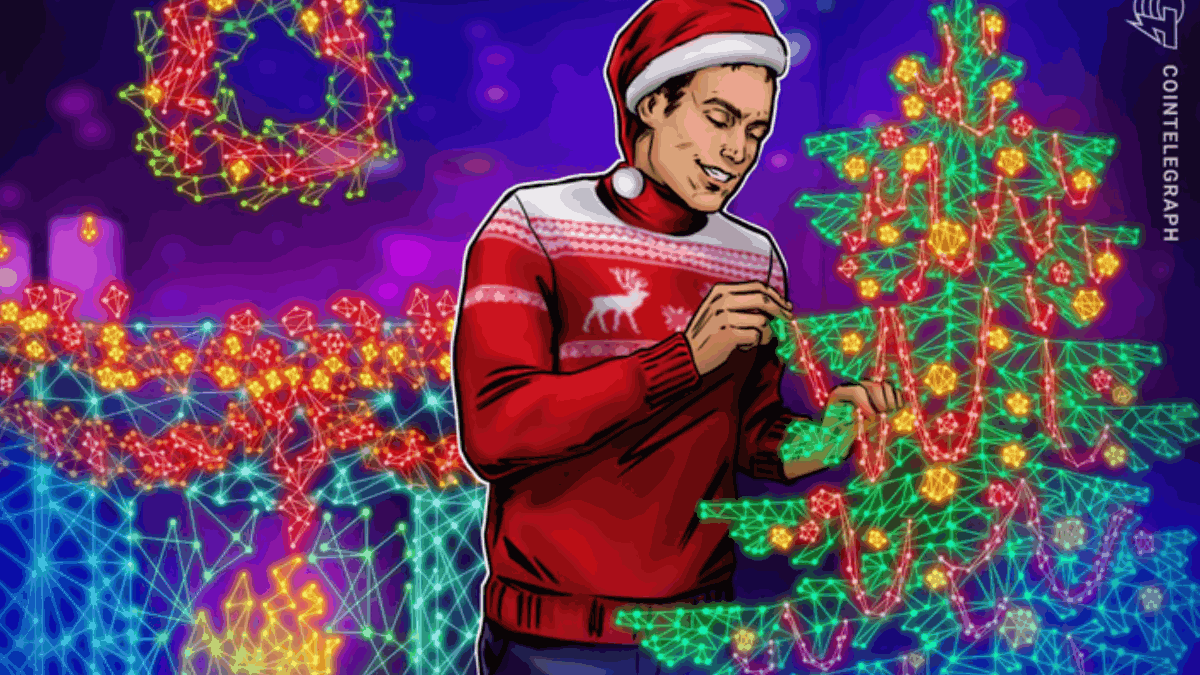 Metaverse adoption has slowed down in 2022, but investors’ and developers’ enthusiasm remains. Here’s an overview of the tech’s last 12 months.

Recognized as one of the most turbulent years for the cryptocurrency and blockchain industry, 2022 has still been vigorous for the metaverse. With over $120 billion invested in the first half of the year alone — according to a McKinsey report — the industry is anything but broken.

Some of the most significant partnerships to date were sealed throughout 2022, with even a few unexpected institutions — JP Morgan, for instance — embracing the Web3 revolution despite their proverbial distaste for the decentralization concept.

Here’s what you need to know about the influential developments, projects and events that shaped the metaverse in 2022.

The metaverse, first coined by Neal Stephenson in his 1992 sci-fi novel Snow Crash and described as a computer-generated universe accessible through highly specialized goggles, has developed into a multibillion-dollar industry that incorporates different concepts and technologies.

All these ingredients are used together in the metaverse — in a centralized or decentralized manner — to create environments for rich user interaction among an unlimited number of users simulating the real world.

The gap between centralized and decentralized metaverse platforms has widened further in 2022, with The Sandbox and Decentraland holding strong dominance across blockchain-based marketplaces. On the other hand, Meta’s and Microsoft’s vision to build proprietary digital universes they control entirely accentuated the distance between the two digital cultures.

In its current form, and regardless of its digital culture, the metaverse relates to digital worlds accessible by immersive technologies and the internet. All developments experienced today are considered “pre-metaverse,” and a recent report by Gartner doesn’t expect mainstream adoption and full technology maturity until 2030.

Related: Which celebrities joined and left crypto in 2022?

Nonetheless, institutions and businesses are aware they have to start crafting their strategy now if they want to be leaders in what will surely be a highly competitive space in the next few years.

Facebook rebranded to Meta in October 2021, marking its commitment to advance from its past as a social media network and embrace the new world of Web3. However, despite announcing investments between $10 billion and $15 billion per year, the company reported some significant losses in 2022, with its stock price falling 23.6% after its release, 66.29% over the past year and an accumulated loss of $9.44 billion in the research and development department.

Microsoft announced this year the $69-billion acquisition of the gaming company Activision Blizzard, one of the key players in the industry, with a growing portfolio of AAA (high-budget and high-profile) video games and nearly 400 million monthly active users.

However, the deal is still being scrutinized by regulators, with the United States Federal Trade Commission challenging one of the most significant tech acquisitions in history to promote fair competition in high-performance gaming consoles and subscription services.

Nvidia launched the beta version of its new “omniverse” platform for developers. The versatile platform allows everyone to build metaverse applications. For instance, artists can pick from multiple 3D tools, developers can make use of AIs trained in virtual worlds, or enterprises can build digital twin simulations of their industrial processes.

Major financial institutions have expanded their presence in the metaverse in 2022 by partnering with some of the most powerful platforms in the space.

In February, JP Morgan became the first major bank to enter the metaverse, opening a virtual lounge in the blockchain-based Decentraland platform after labeling the industry as a $1-trillion market opportunity.

The same month, Disney announced it had appointed a new executive, Mike White, to lead its debut into the metaverse. Disney CEO Bob Chapek confirmed Disney’s commitment to expanding its storytelling expertise to the digital world. “We have an opportunity to connect those universes and create an entirely new paradigm for how audiences experience and engage with our stories,” said Chapek.

In March, HSBC bank and blockchain-based gaming platform The Sandbox announced a new partnership to open new opportunities to their global virtual communities, which will be able to connect through entertainment, gaming and user-generated content.

Standard Chartered also joined forces with The Sandbox in April to offer their client base new creative and innovative experiences. As Alex Manson, head of SC Ventures at Standard Chartered, confirmed, “We have been building business models in crypto, digital assets and see the rise of the metaverse as a critical milestone in the Web 3.0 evolution.”

In June, innovation and design company Journey rang the first-ever opening bell in the metaverse alongside Nasdaq to celebrate the launch of a new metaverse studio and mark a specific endorsement of the industry by the stock market exchange.

Norwegian governmental agency The Brønnøysund Register Center sealed a partnership with Ernst & Young in October to open a virtual office location in Decentraland’s metaverse. The Norwegian authority manages several public registers for the country, and the move is meant to facilitate users’ access to public services in anticipation of the widespread use of the metaverse, especially by the younger crowds.

The technology has opened great opportunities for primary retailers — especially in luxury goods — to build their presence and gain new market segments by creating their own virtual spaces in the metaverse.

Brands such as Gucci, Louis Vuitton and Burberry all started appearing in the metaverse, with fashion topping the luxury market industry in terms of presence in the space. The industry’s expansion was further marked by the inaugural metaverse Fashion Week, held in Decentraland in March.

The year’s bearish trends in the crypto space were echoed across the virtual real estate market, too. Land sales were reported to have dramatically dropped by 85% in August, while volumes plunged from a peak of $1 billion in November 2021 to approximately $157 million in August.

Despite the negative figures this year, the expectations for this section of the metaverse are still very promising, even more so when compared to the real-world real estate market. According to a Chainalysis report, blockchain-based virtual land prices have grown by 879% since 2019, while physical real estate prices only grew by 39%.

Blockchain-based platform Decentraland is still where most of the action takes place in the real estate market, and it’s seen astounding growth materializing in front of its eyes, as confirmed by Decentraland Foundation creative director Sam Hamilton:

The industry that experienced an anonymous user reportedly paying $450,000 to purchase a plot of virtual land in The Sandbox next to Snoop Dogg’s virtual residence is not fading away and is anticipated to continue growing.

According to global market research firm Technavio, the virtual real estate market is expected to grow $5.37 billion by 2026 at a compound annual growth rate of 61.74%. Buying and owning land in the metaverse could also be a very lucrative business for rentals, so much so that Decentraland launched a dedicated platform to allow its users who own virtual land to become landlords.

Entertainment and the arts

The entertainment and arts industries sparked more interest in the metaverse in 2022, with plenty of live concerts, festivals and art events entertaining a young crowd seeking opportunities beyond geographical limits.

Nonfungible token (NFT) collections and exhibitions are always at the center of the metaverse experience, while live concerts dominate the entertainment. Music stars, such as Ozzy Osbourne, performed in the metaverse in November 2022, and the famous U.S. festival Coachella embraced the metaverse utilizing AR technology, video games and NFTs that both physical and virtual attendees could enjoy.

The future of the metaverse

There are all reasons to believe the metaverse will forge into something that can be defined more accurately over the next few years leading to 2030. As this is still widely recognized as the pre-metaverse phase, the tech will evolve into its advanced state between 2024 and 2027.

In the advanced phase, the technologies developed in the emerging stage will converge to create methods to link physical and digital spaces in a navigable way and make the user experience more straightforward and suitable for mainstream usage.

Related: Bitcoin underperforms stocks, gold for the first time since 2018

In the mature phase that follows, the metaverse will be complete with interoperability, collaboration and multi-sourced experiences, allowing more efficiency across every aspect of human lives.

Gartner has predicted that by 2026, at least 25% of the world’s population will have spent one hour a day in the metaverse, while the predictions for the market opportunities are mind-blowing. From $1 trillion, estimated by Grayscale, to $5 trillion, predicted by McKinsey, the future could not look brighter for the tech and its ecosystem.

With such figures, who will remember the 2022 bear market?