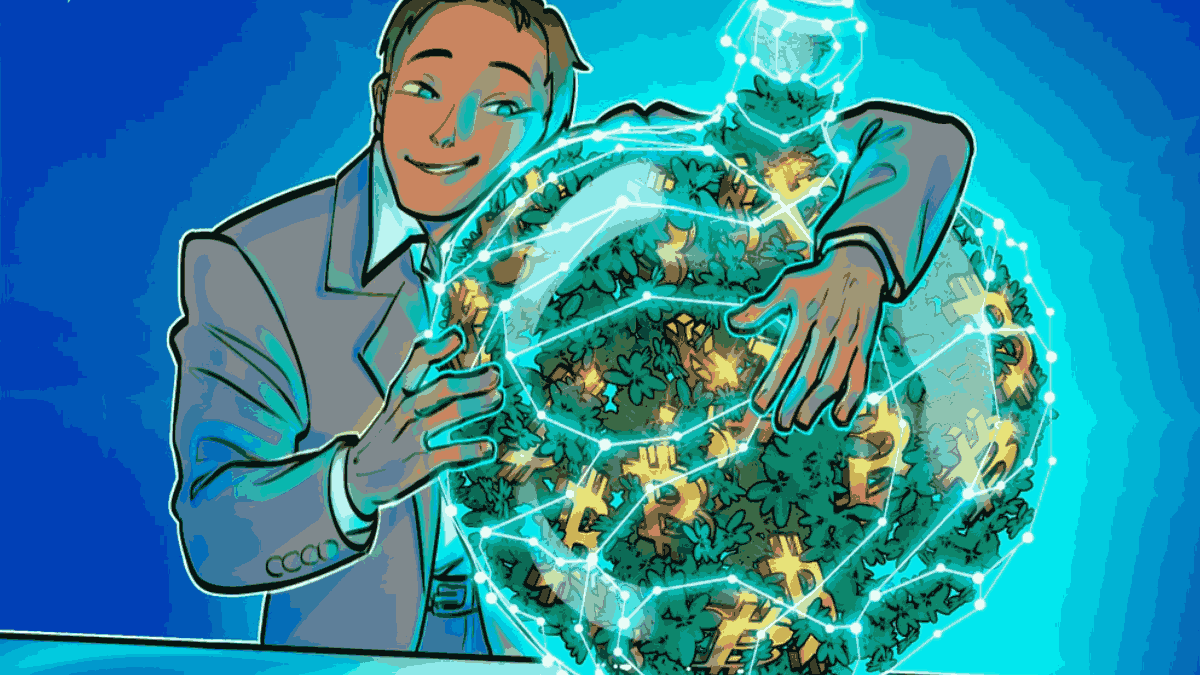 1.What is Bitcoin DeFi?

Decentralized finance (DeFi) has experienced tremendous success since 2020, with nearly all of that growth being fueled by Ethereum. Ethereum paved the way for novel financial services and instruments, including decentralized exchanges (DEXs), automated loan platforms and nonfungible tokens (NFTs).

On the contrary, developing smart contracts powered decentralized applications (DApps) was not possible on the Bitcoin blockchain until the Taproot upgrade, opening the door to DeFi for the world’s first cryptocurrency. In this context, Bitcoin DeFi refers to developing innovative decentralized applications on Bitcoin’s network, which wasn’t possible before due to the problem of transaction scalability.

Due to the requirement that each digital signature had to be verified against a public key before the implementation of the Taproot upgrade, Bitcoin transactions were comparatively slow. Thanks to Taproot, the network can now group several digital signatures and validate them all at once. As a result, less space is needed on each block, allowing the Bitcoin blockchain to support the development of DeFi applications.

2.How does Bitcoin DeFi work?

The scripting language used by Bitcoin, termed Script, is not Turing complete, which means it is deficient in several logical operations, such as loops. As a result, the Bitcoin network supports limited programmability despite the Taproot upgrade, meaning that Bitcoin DeFi platforms rely on layer-2 scaling solutions and sidechains to host their smart contracts.

DeFi on Bitcoin is made possible through wrapped tokens like Wrapped Bitcoin (wBTC), layer-1 blockchains like Stacks and sidechains like Rootstock. For instance, wBTC, an Ethereum token introduced in January 2019, is backed one-to-one by Bitcoin (BTC), meaning that one wBTC is always equivalent to 1 BTC. Users can engage with several of Ethereum’s DApps using the wBTC token.

An independent layer-1 blockchain called Stacks makes hundreds of billions of dollars in capital in BTC available and offers Bitcoin holders new ways to use and profit from the cryptocurrency. It uses a proof-of-transfer consensus mechanism, which secures its blockchain by utilizing Bitcoin’s proof-of-work blockchain.

DeFi products like the Stackswap DEX leverage the Stacks blockchain to allow users to trade and mint NFTs, borrow algorithmic stablecoins, and launch and exchange tokens on the Bitcoin network. Additionally, since Stacks and Bitcoin are linked, NFTs created on Stacks settle to and are secured by the Bitcoin blockchain.

Turing-complete smart contracts are made possible on the Bitcoin blockchain by Rootstock, which runs parallel to the blockchain. When BTC is sent to Rootstock, it transforms into RBTC, a smart contract-enabled Bitcoin. Based on bidirectional communication, this protocol serves as a bridge to connect both chains. For instance, Sovryn, one of the first permissionless financial apps, utilizes RSK’s technology to connect to the Lightning Network, Ethereum, Bitcoin and BNB Smart Chain.

3.Which DeFi projects are part of the Bitcoin ecosystem?

A decentralized autonomous organization (DAO) called BadgerDAO makes it possible for BTC to be utilized as collateral across various DApps. The BadgerDAO uses the Ethereum-based token BADGER for protocol governance and incentive distribution.

Users can earn income on their synthetic BTC assets using Sett Vaults, the first product offered by Badger. Users can lock up their tokenized Bitcoin in SETTs, which are pools of tokens, and let smart contracts manage their holdings to produce a yield in the form of bTokens.

The second product from Badger, called Digg, is software that controls the elastic-supply cryptocurrency called the DIGG token, pegged to the price of BTC in United States dollars. Like any other token, DIGG can be deposited into SETTs to provide a yield for its holders and used in DeFi protocols.

The decentralized Ethereum protocol Ren creates tokens that monitor the value of non-Ethereum assets such as Bitcoin and offers liquidity to projects on several blockchains. That said, Bitcoin holders may utilize Ren (needed to pay nodes) to access Ethereum’s array of DeFi products without selling their BTC or moving their assets across blockchains.

The Ren virtual machine holds the original funds in storage, accepts tokens from one blockchain, and generates new tokens on another through its RenBridge to exchange assets between blockchains. For example, a user may submit BTC to the RenVM, which would issue renBTC, a new token on Ethereum that would reflect the original Bitcoin, meaning when the user wants to get their Bitcoin back, the transaction may be reversed.

The Liquid Network is a layer-2 Bitcoin solution and an inter-exchange settlement network that enables the issue of digital assets like security tokens, stablecoins and other financial instruments privately and quickly on top of the Bitcoin blockchain.

LBTC, a wrapped version of Bitcoin, serves as the native token on the Liquid sidechain. Users send BTC to a Lightning Network address (a process called peg-in) on the Bitcoin network to use the Liquid Network. A similar quantity of LBTC is minted on the Liquid Network and delivered to the user’s address after the transaction has received 102 confirmations.

In addition, peg-out can be initiated to withdraw BTC by sending LBTC for burning to an irrecoverable address, which, when receiving two separate confirmations, lets a Lightning Network member send the original BTC to a user’s Bitcoin network address.

4.What is the future of Bitcoin DeFi?

The effectiveness of Bitcoin DeFi platforms and protocols will be determined by their long-term sturdiness and security, level of innovation, as well as the incentives provided to investors.

With Bitcoin scaling solutions like Rootstock, Stack, Liquid Network and more, it is evident that DeFi is flowing into the Bitcoin network. However, DeFi on Bitcoin is less approachable than on the Ethereum blockchain and other smart contract platforms.

That said, if developers want to opt for the Bitcoin blockchain to develop DApps or mint NFTs, they need to rely upon layer-1 or layer-2 solutions, unlike the Ethereum blockchain. For instance, one can use Ethereum testnets, such as Ropsten, to build DApps. In contrast, Bitcoin DeFi platforms require bridges such as RenBrdige to connect to the Bitcoin Network for developing decentralized applications.

Also, NFTs on Bitcoin are still in their infancy; however, given that Bitcoin laid the foundation for cryptocurrencies, it only seems a matter of time before developers flock to the Bitcoin network to develop novel financial instruments and platforms.

Therefore, DeFi on Bitcoin must host innovative decentralized finance applications unavailable on other blockchains, have a sizable user base, and offer a demonstrable advantage over existing DeFi solutions.