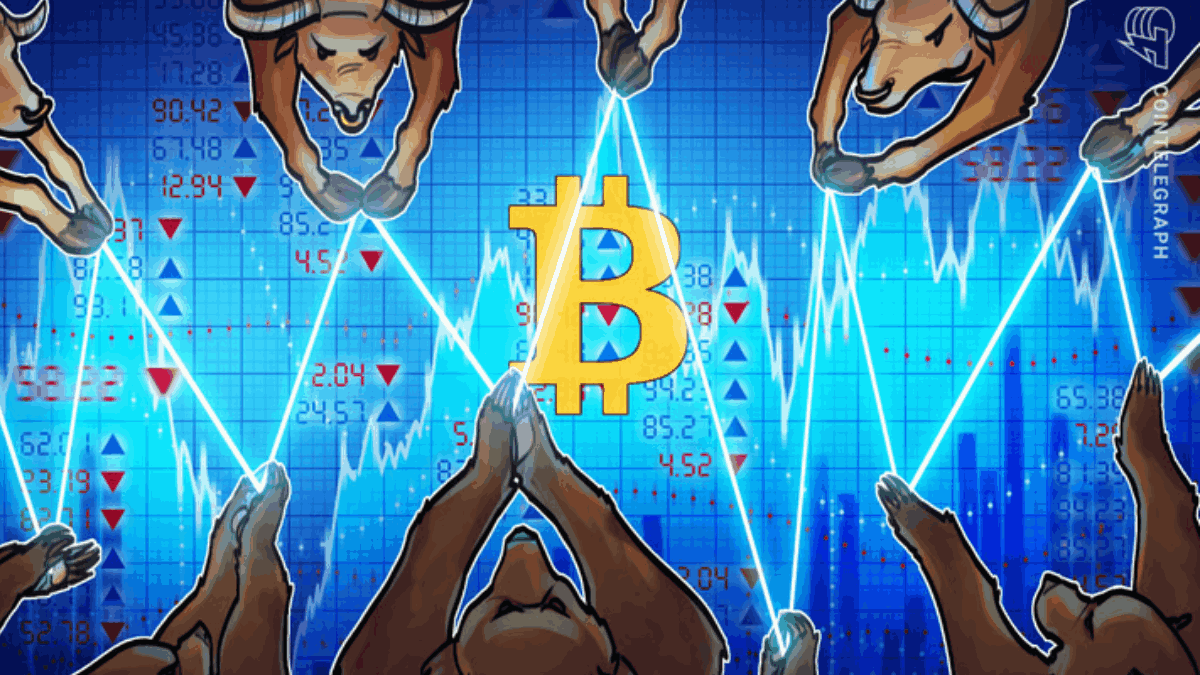 Leveraged long margin traders are playing with a hot potato, and with BTC struggling at $17,000, they might get burned sooner than later.

Bitcoin BTC $17,152 price had a mixed reaction on Dec. 9 after the November report on United States producer prices showed a 7.4% increase versus 2021. The data suggested that wholesale costs continued to rise and inflation may last longer than investors had previously believed. Oil prices are also still a focus for investors, with crude WTI hitting a new yearly low at $71.10 on Dec. 8.

The United States Dollar Index (DXY), a measure of the dollar’s strength against a basket of top foreign currencies, sustained the 104.50 level, but the index traded at 104.10, a 5-month low on Dec. 4. This signals low confidence in the U.S. Federal Reserve’s ability to curb inflation without causing a significant recession.

Trader gutsareon noted that the choppy activity caused leverage longs and shorts to be liquidated, but it was followed by a failed tentative dump below $17,050.

According to the analysis, the open interest stagnation on futures contracts indicated low confidence from bears.

The SEC’s Division of Corporation Finance said that the recent crisis in the crypto asset industry has “caused widespread disruption” and that U.S. companies might have disclosure obligations under federal securities laws to disclose whether these events could impact their business.

Let’s look at derivatives metrics to understand better how professional traders are positioned in the current market conditions.

Margin markets provide insight into how professional traders are positioned because it allows investors to borrow cryptocurrency to leverage their positions.

For example, one can increase exposure by borrowing stablecoins to buy Bitcoin. On the other hand, Bitcoin borrowers can only short the cryptocurrency as they bet on its price declining. Unlike futures contracts, the balance between margin longs and shorts isn’t always matched.

The above chart shows that OKX traders’ margin lending ratio increased from Dec. 4 to Dec. 9, signaling that professional traders increased their leverage longs even after multiple failed attempts to break above the $17,300 resistance.

Currently at 35, the metric favors stablecoin borrowing by a wide margin and indicates that shorts are not confident about building bearish leveraged positions.

Traders should analyze options markets to understand whether Bitcoin will eventually succumb to the bearish newsflow. The 25% delta skew is a telling sign whenever arbitrage desks and market makers are overcharging for upside or downside protection.

The indicator compares similar call (buy) and put (sell) options and will turn positive when fear is prevalent because the protective put options premium is higher than risk call options.

In short, the skew metric will move above 10% if traders fear a Bitcoin price crash. On the other hand, generalized excitement reflects a negative 10% skew.

As displayed above, the 25% delta skew improved between Dec. 4 and Dec. 9, shows options traders reduced their risk aversion for unexpected price dumps. However, at the current 15%, the delta skew signals that investors remain fearful because market makers are less included in offering downside protection.

From one side, the lack of open interest increase as Bitcoin tested the intraday low on Dec. 9 seems encouraging. Still, excessive use of margin indicates that buyers might be forced to reduce their positions during surprise downside moves.

The longer it takes for Bitcoin to recapture $18,000, the riskier it becomes for leverage margin longs. Traditional markets continue to play an essential role in setting the trend, so a potential retest down to $16,000 cannot be ruled out.

5 tips for investing during a global recession