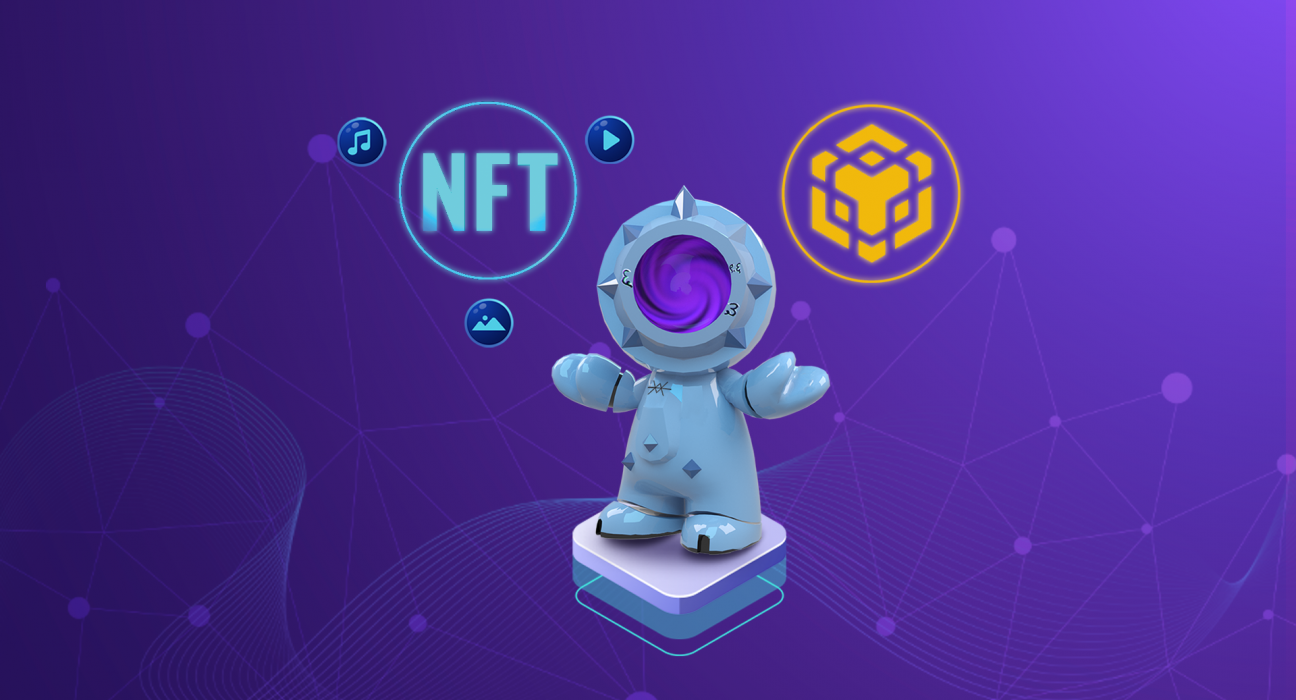 Based on the latest data, in 2021, Binance platform trading volume is reported at more than $ 7.7 trillion; This amount shows that Binance is a popular and safe cryptocurrency trading platform among users. Accordingly, one of the most significant features of Laqira Protocol NFT Marketplace is launching its platform on BSC.

Binance is a cryptocurrency exchange that is the biggest in the world in the daily trading volume of cryptocurrencies. Binance Smart Chain uses a combination of Proof of Staked and proof of Authority consensus algorithm. It is worth mentioning that the NFT trade volume on this platform by 2021 is reported to be more than $ 13 billion.

One great feature of Laqira Protocol NFT Marketplace platform is that NFT tokens can be traded with LQR (the native Laqira Protocol project token) and BNB, as well as any other tokens built on Binance Smart Chain such as BUSD.
Also, the BEP-721(BSC) token standard has empowered users to create non-fungible tokens (NFTs).

Over the past few years, The Web3 ecosystem flourished with the emergence of blockchains such as Binance Smart Chain (BSC). While Ethereum was the first attempt at creating an Ethereum Virtual Machine (EVM), which is a computation engine that acts like a decentralized computer that has millions of executable projects as well as the ERC20 token standard used for creating and issuing smart contracts on the Ethereum blockchain, BSC with its BEP20 token standard is growing in popularity on account of the lower transaction fee, higher transaction speed, and its higher Scalability. Eventually, The collaboration between Laqira Protocol NFT Marketplace and Binance will be a big event for this platform.