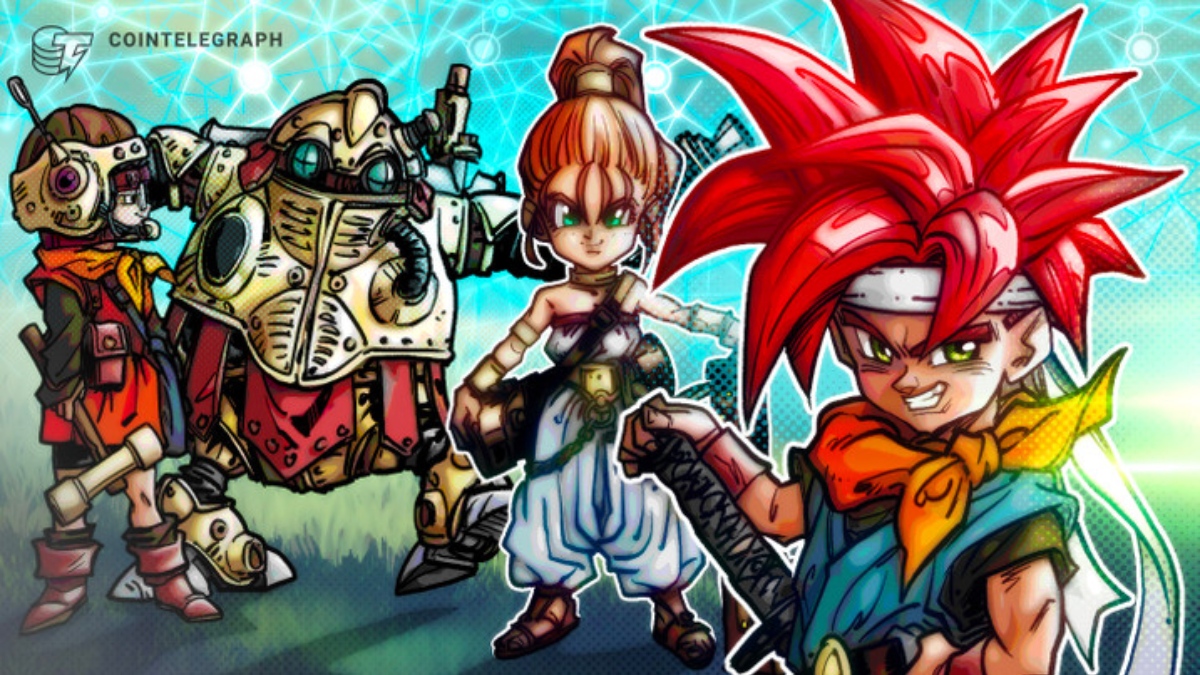 Contrary to what you might believe, monetary rewards in gaming are bad for player retention. Developers need to take player psychology and game design into account.

When I worked for Riot Games as its head of player acquisition in the European Union, I learned about player onboarding and long-term retention. Both are crucial to the success of gamer acquisition. I’ve seen the mechanics of user retention in gaming, and what I’ve learned is that most cryptocurrency games today lack the mechanics to keep players interested for even a short period of time.

Why haven’t more top-tier games introduced real-world rewards into their games? These are the titles where 99.9% of gamers are not professional esports athletes and enjoy no monetary rewards for the thousands of hours spent playing their favorite games. The opportunity to introduce monetary rewards has always been on the table. Why hasn’t anyone done it?

The answer lies in one of the cornerstone behavioral patterns that accompany motivation: overjustification. This well-documented mechanism reduces peoples’ interest in an activity.

It is the presence of extrinsic rewards, such as cash and prizes. Money weakens intrinsic motivation, which traditional developers say is crucial to long-term player retention.

Related: Japan is losing its place as the world’s gaming capital because of crypto hostility

Games need to avoid injecting monetary rewards into an experience that is designed to be intrinsically rewarding. The enjoyment of beating a tough boss in a Dark Souls-style game stems from the fact that it requires considerable skill.

If you attach a $0.50 reward to that experience, you will end up destroying it. Participating in a FIFA video game tournament with your friends only to earn $0.15 would take the fun out of it. Offering zero dollars removes the monetary consideration and channels the focus entirely toward the game experience.

Every game has a set of mechanisms designed specifically for user retention, monetization and reactivation. These should be more profound than expecting players to return solely for tokens.

An economist ignorant of human behavior or gaming might first consider how to incentivize users to play more. The more hours a user plays, the more value players can extract from their transactions; consequently, power-users are more likely to pay for items and transactions within the game.

Therefore, increasing user retention is imperative. It increases monetization and the projected revenue per user. Suppose a user generates $0.60 per hour of gameplay on average, and you know from data and behavioral patterns that there’s a risk they stop playing entirely. The logic follows that you can start paying them $0.30 to incentivize them to continue.

Here is where overjustification comes into play.

From a pure economics standpoint, paying $0.30 and generating $0.60 is a 100% return on investment; this, ostensibly, makes complete sense. Yet, adopting such an approach is precisely where play-to-earn games are wrong.

Related: 90% of GameFi projects are ruining the industry’s reputation

Extensive studies into child behavioral psychology demonstrate the principle of overjustification. We do many things because they hold intrinsic value to us. We’re willing to do these activities and enjoy them the most only when the intrinsic rewards exist.

If a child enjoys playing the piano, then a $1 reward every time they play would decrease their motivation over time. The same goes for hard, challenging hobbies where our body or mind operates at peak levels. A state of flow is achieved when we are operating at our fullest potential. Losing that laser focus will likely make us fail.

A good matchmaking system in multiplayer games can match us against opponents that we have an exactly 50% chance to defeat, and it comes down to who performs just a little better during the match.

Our brains treat activities that provide monetary rewards differently from those that don’t offer financial rewards. Introducing monetary rewards into a flow state is like throwing a wrench into a spinning wheel. Our brain focuses on the monetary outcomes and not the joy of the challenge.

The state of flow

The state of flow is the optimal place you want users to find themselves in. Good games like League of Legends and Overwatch excel at creating matchmaking systems where win rates roughly stay at equilibrium, since that puts players in a position to operate in the state of flow where they’re pushing themselves to their absolute maximum limit. This generates the highest intrinsic reward by recognizing the player’s ability, providing players with the conditions to improve and ultimately succeed.

Cryptocurrency games, on the other hand, are mostly designed around tokenomics and play-to-earn mechanics. The game loop and the joy derived from playing the game take second place to crypto rewards. It’s no longer a game but an auxiliary function to an economics model.

Nobody will invest hundreds of hours into an activity that isn’t fun unless it pays them a lot of money. And you can only pay out a lot of money if a critical mass of users work to create a significant amount of value. This quickly turns into a death spiral for nascent crypto games, as the games cannot create the amount of value needed to adequately reward players for spending hours inside an unrewarding game loop.

Developers need to create games people want to play and make this a primary goal rather than either starting with economics or adding crypto haphazardly to a working game loop. Even a fantastic game with good retention numbers could still have its retention destroyed with a play-to-earn mechanism.

Anderson Mccutcheon is the founder and CEO of Chains.com, a multichain platform with more than 500,000 registered users. He is the former Head of Player of Acquisition EU for Riot Games, the maker of League of Legends and Valorant, games that average over 100,000,000 players per month. A former professional poker player and Unit 8200 veteran, he held leadership positions at 888 Holdings and at PokerStars. He studied computer science at Technion, Israeli Institute of Technology.

This article is for general information purposes and is not intended to be and should not be taken as legal or investment advice. The views, thoughts, and opinions expressed here are the author’s alone and do not necessarily reflect or represent the views and opinions of Cointelegraph.