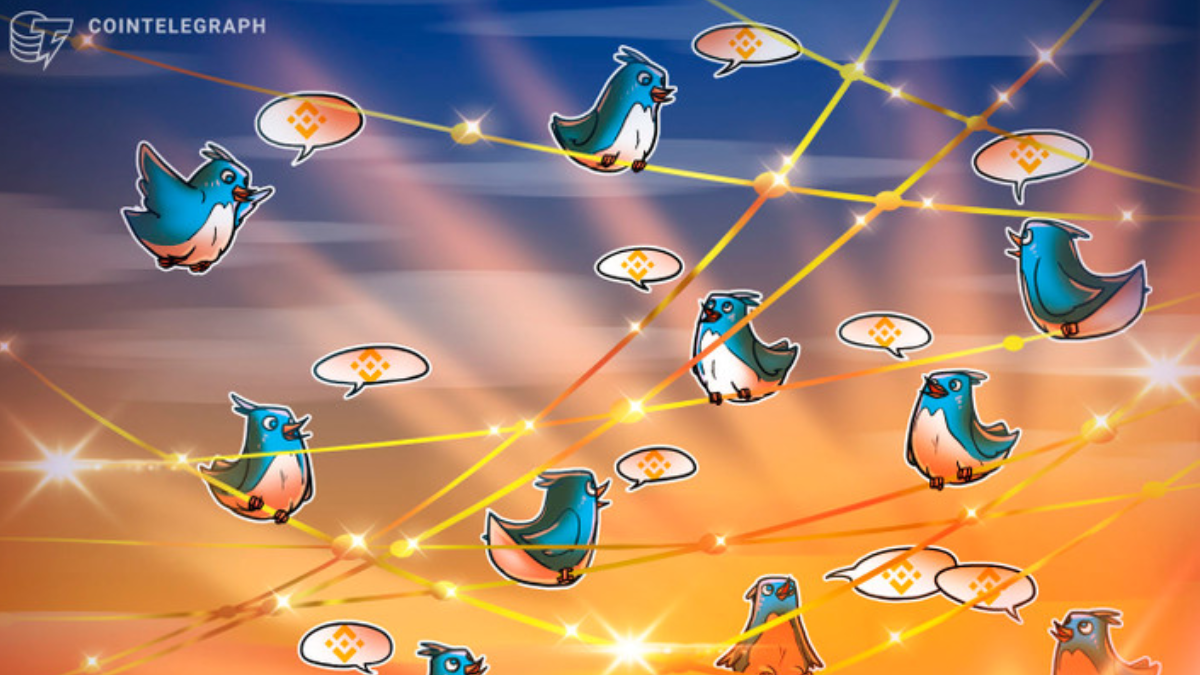 Coinbase was trending on Twitter on Nov. 22 after Binance CEO Changpeng Zhao, known also as CZ, sent out a tweet that appeared to question Coinbase’s Bitcoin

In the since-deleted tweet, CZ referenced a yahoo finance article that alleged that “Coinbase Custody holds 635,000 BTC on behalf of Grayscale.” CZ added, “4 months ago, Coinbase (I assume exchange) has less than 600K,” with a link to a 4-month-old article from Bitcoinist. The Binance CEO made it clear that he was simply quoting “news reports,” and not making any claims of his own. However, his tweet was not received well by the crypto community.

Shortly after, Coinbase CEO Brian Armstrong indirectly responded to CZ in a series of tweets, stating, “If you see FUD out there – remember, our financials are public (we’re a public company),“ with a link to Coinbase’s Q3 shareholder letter. He clarified that his company holds “~2M BTC. ~$39.9B worth as of 9/30 (see our 10Q).”

CZ deleted his tweet shortly afterward, stating: “Brian Armstrong just told me the numbers in the articles are wrong. Deleted the previous tweet. Let’s work together to improve transparency in the industry.”

Given recent market events and Binance’s perceived role in instigating them, some have called out CZ for the insinuations. To recap, FTX’s liquidation crunch, which led to an overall spiral in the market over the past two weeks, is believed by many to have been initially triggered by the Binance CEO after his tweets caused panic and a bank run on FTX.

Will Clemente, co-founder of digital asset research firm Reflexivity Research, shared on Twitter; “That latest tweet CZ made about Coinbase’s Bitcoin holdings that he just deleted wasn’t a great look. I get the argument that he’s trying to protect the industry but CZ is more than smart enough to know that exchange and custody wallets are separate.”

Mario Nawfal, founder and CEO of IBCgroup.io, shared on Twitter: “Is CZ implying Coinbase custody does NOT hold 1 to 1 BTC on behalf of Grayscale Trust???? See his latest tweet. This is a concern I never had til now. This is a VERY serious question (implied accusation?) to ask.”

Analyst, trader, and investor 360_trader shared: “CZ just proved today he’s all about one thing… his empire. He IS NOT here to look out for the industry … he deleted the tweet… But now … as I already expected … He’s exposed himself as a villain.”

Trader and investor BobLoukas called out CZ for his lack of due diligence before tweeting. He shared: “CZ ‘Let’s work together to improve transparency in the industry.’ Also CZ – Let me tweet to millions some random FUD in the middle of a bear market major liquidity event before maybe just reaching out to confirm.”

On Nov 18, Cryptocurrency investment product provider Grayscale Investments shared that all digital assets that underlie Grayscale’s digital asset products are stored under the custody of Coinbase Custody Trust Company, LLC. Although the company has refused to provide on-chain proof of reserves or wallet addresses to show the underlying assets, citing “security concerns.” At the time of publication, Coinbase (COIN) had experienced a $5.3% increase in price.