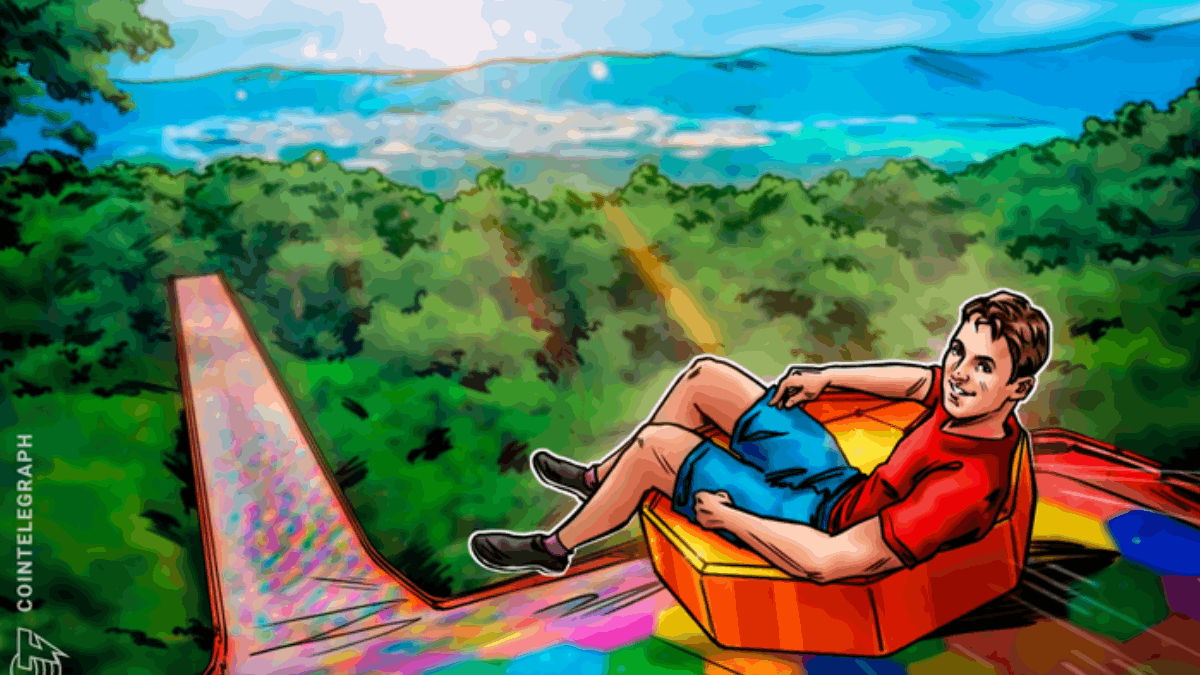 After making Bitcoin legal tender in the country, El Salvador has faced a tough year of critics and the nonstop sinking of Bitcoin pricing.

Cryptocurrency adoption has been on the rise in El Salvador in recent years, with the country becoming the first in the world to adopt Bitcoin BTC $16,937 as a legal tender. This landmark decision has attracted the attention of the global cryptocurrency community and has sparked discussions on the potential benefits and challenges of widespread adoption.

El Salvador’s controversial move with its cryptocurrency adoption would not have been possible if it was not due to President Nayib Bukele, who garnered international attention after announcing the Bitcoin adoption plan and passed it into law. The legislation required all businesses within the country to accept Bitcoin as a form of payment for goods and services. As a legal tender, Bitcoin now has the same status as traditional fiat currencies, which worries other regulators, economic experts and many everyday Salvadorans.

This could potentially increase financial inclusion for these individuals, who previously relied on cash transactions or informal financial services. Every user who successfully downloaded the app immediately received $30 in Bitcoin. However, this massive adoption was not as smooth as hoped, as it was faced with numerous roadblocks, including missing funds, system issues and disinterest from everyday citizens.

Bukele also proposed the creation of a low-tax Bitcoin city at the base of the Conchagua volcano, which would power the city’s infrastructure and crypto mining operations. The project would be funded through the sale of $1 billion worth of bonds known as Bitcoin bonds or volcano bonds, which have an annual interest rate of 6.5% and are intended to be in effect for 10 years.

The adoption of Bitcoin in El Salvador has generated a lot of interest and has the potential to pave the way for the wider adoption of cryptocurrency in other countries, but it remains to be seen how this experiment will play out.

What worked and what didn’t?

El Salvador’s decision to make Bitcoin legal tender has caused concern among its citizens due to the cryptocurrency’s volatile nature and the uncertain success of the plan. While some parts of the implementation of Bitcoin as a legal tender went according to plan, many didn’t, which resulted in some unintended consequences.

El Salvador’s credit rating and ties with the International Monetary Fund (IMF) have suffered as a result of Bitcoin adoption. Local borrowers have been forced to charge higher interest rates as investors have become less willing to lend to the nation. Moreover, due to the significant risks to financial and market integrity, financial stability and consumer protection, the IMF advised El Salvador to revoke Bitcoin’s legal lender status due to its volatility as well as its usage in fraud and other criminal activities.

The World Bank has also raised worries about the negative environmental effects of cryptocurrencies that El Salvador’s Bitcoin strategy has brought to light.

The majority of Salvadorans still lack knowledge about Bitcoin. Despite promises of economic freedom and servicing the unbanked, blockchain tech can be clunky from a user experience perspective, and many find it easier to continue to transact in U.S. dollars.

Furthermore, El Salvador is a poor country with one of the lowest rates of internet use in the Americas. There are many vendors, street hawkers and farmers who are not equipped to handle cryptocurrency transactions. Thus, the usage of Bitcoin for everyday transactions is low, despite the government’s big push.

However, the decision to open up the economy to Bitcoin has managed to attract foreign investment to the country. Carlos G. Alfaro, technical sales manager at blockchain software firm Koibanx, told Cointelegraph:

“I have managed to meet several foreign investors who have come because of the Bitcoin Law but are not only investing in the blockchain industry — they are also investing in different areas such as hotels, real estate, and franchise companies.”

Before the Bitcoin Law, a large portion of Salvadorans lacked a mechanism to retain their money digitally and conduct transactions with one another. Hence, the project introduced many residents to the idea of savings and investments.

And while participation and use of Bitcoin may remain relatively low among the populace, Alfaro stated that the $30 Bitcoin reward from the Chivo Wallet has served as a catalyst to get citizens more interested in savings and investments, adding:

“I think that, little by little, the average citizen is finding how to use it, from having a small bank account, sending money between countries both personally and with companies, being able to save a little and learning how investments work.”

The country’s investment strategy has also become more moderate. The country has bought Bitcoin 11 times at different amounts and purchase prices based on tweets posted by Bukele himself. The latest such purchase was 80 BTC for $1.5 million on June 30, 2022, but now El Salvador is buying 1 Bitcoin per day using a dollar cost averaging strategy to minimize the impact of Bitcoin’s volatility on the country’s economy.

Expectations for 2023 and beyond

Demand for Bitcoin in El Salvador is still present, and with the announced plans to build a Bitcoin city, the country hopes to continue to attract BTC investors in the years to come.

In 2023, El Salvador is expected to expand its administrative capacities for dealing with cryptocurrency use in its economy, including addressing any possible criminal activities. Guillermo Contreras, CEO of DitoBanx, told Cointelegraph:

“In this sense, there has been a lot of openness, cooperation and communication between the different government institutions and the companies that are operating under this heading, and now precisely this issue is being further consolidated with the opening of the National Bitcoin Office that will function as a central entity to deal with all issues related to it.”

The new Digital Assets Issuance Law, which will be implemented in 2023, permits the issuing of El Salvador’s Bitcoin bonds to fund the infrastructure of the Bitcoin city and buy more Bitcoin. This law will also permit the development of blockchain-based business models in a controlled setting.

El Salvador continues to take concrete steps so that Bitcoin will be incorporated into financial literacy programs across the country. In 2023, the country’s Ministry of Education is expected to address educational concerns at a mass level with a training module in financial education that incorporates updated content such as cryptocurrencies and electronic wallets.

Contreras concluded: “The implementation of Bitcoin and digital wallets allowed more than four million people to safeguard their money, receive money from remittances and other sources safely and instantly. At the beginning, of course, there was a feeling of fear of the unknown, but fortunately, El Salvador had already experienced something similar when we adopted the U.S. dollar as legal tender instead of the Salvadoran colones. It is a process that took a bit of time, but finally users were able to confirm that it was real money just like any other currency, and although there are still some challenges to overcome, the path is well marked and there is a good perspective.”

Macroeconomic data points toward intensifying pain for crypto investors in 2023