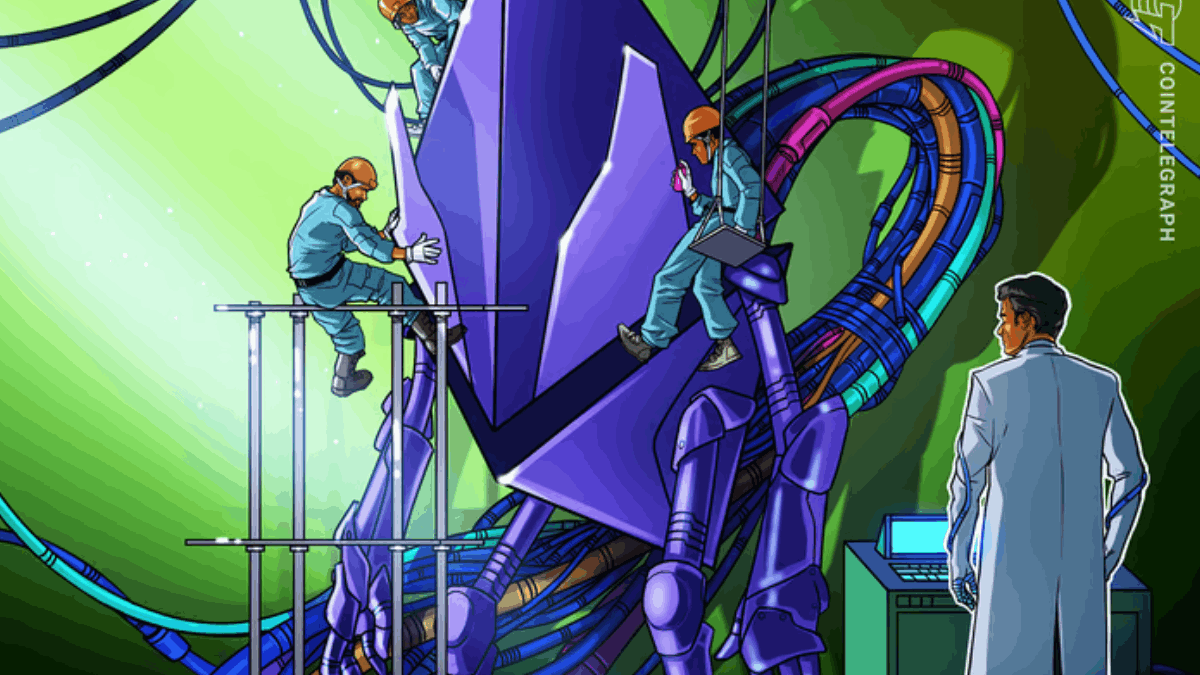 Traders are contemplating what will happen to ETH price and staked Ether derivatives after the next network upgrade opens withdrawals for stakers.

The crypto market witnessed the DeFi summer of 2020, where decentralized finance applications like Compound and Uniswap turned Ether ETH $1,264 and Bitcoin  BTC

$16,934 into yield-bearing assets via yield farming and liquidity mining rewards. The price of Ether nearly doubled to $490 as the total liquidity across DeFi protocols quickly surged to $10 billion.

Toward the end of 2020 and early 2021, the COVID-19-induced quantitative easing across global markets was in full effect, causing a mega-bull run that lasted almost a year. During this time, Ether’s price increased nearly ten times to a peak above $4,800.

After the euphoric bullish phase ended, a painful cool-down journey was exacerbated by the UST-LUNA crash which began in early 2022. This took Ether’s price down to $800. A ray of hope eventually arrived in the third quarter as the market experienced a positive rally led by the Ethereum Merge narrative.

The shift to an environmentally-friendly proof-of-stake (PoS) consensus mechanism was a big step forward. The event also reduced Ether inflation post-merge. During a lead-up to the Merge on Sept. 15, 2021, ETH peaked at over $2,000. However, the bullish momentum faded quickly, turning the Merge into a buy-the-rumor and sell-the-news event.

A similar bullish opportunity could be brewing in Ether as the upcoming Shanghai upgrade scheduled for March 2023 grabs the market spotlight. The upgrade will finally enable withdrawals from Ethereum staking contracts, which are locked presently. The upgrade will significantly reduce the risk of staking ETH.

It will provide an opportunity for liquidity staking protocols to grow. The governance tokens of some of these protocols have jumped since the start of the new year as hype builds around.

There’s a possibility that the upgrade can push these tokens toward last year’s Merge highs. Moreover, Ethereum’s staking space is still in its early stages, providing a market opportunity for the growth of these protocols.

The percentage of staked Ether is low

Currently, 13.18% of Ether’s total supply is staked on the Beacon Chain, which is low compared to other proof-of-stake (PoS) chains like Cosmos Hub ATOM $10.19 with a staking ratio of 62.5%, Cardano ADA

$13 at 71.4%. The reason for Ethereum’s low staking ratio is that the staked Ether is locked in its current state, but this will change in March.

The upcoming Shanghai upgrade will include a code known as EIP 4895 that will allow Beacon Chain staked Ether withdrawals, enabling a 1:1 exchange of staked Ether for Ether. Ethereum’s staking ratio should reach parity with other leading PoS networks after this update. A significant portion of which will likely move to liquid staking protocols.

Liquid staking protocols like Lido and Rocket Pool let Ether holders stake without running a validator node. Since Ether is pooled, a single user doesn’t have a minimum threshold of 32 ETH (worth around $40,000) for staking. People can stake fractions of Ether, reducing the entry barrier for staking.

The protocols also enable liquidity provision for staked assets, which would otherwise be locked in the staking contracts. The DeFi contracts give a derivative token (for instance, Lido’s stETH) in exchange for staked Ether on the proof-of-stake (PoS) network. A user can trade with stETH while earning yields from the staking contract.

As Ethereum’s staking ratio increases after March’s update, the use of liquidity staking protocols will likely increase with it. Currently, the liquid staking protocols account for 32.65% of the total staked Ether. Due to the benefits mentioned above, their market share should remain near or above current levels after the Shanghai upgrade.

The governance tokens of liquid staking protocols could also benefit from their increased locked value, similar to DeFi tokens, which benefited from a rise in total locked value (TVL) in the latest bull run.

How are LSD governance tokens performing ahead of Shanghai?

Lido DAO is the leader of the liquid staking space with higher annual yield and market share than other protocols. Lido commands 88.55% of the total staked Ether in these protocols.

Let’s take the amount of staked Ether as a proxy for evaluating the protocol. We again find that Lido has the most competitive market capitalization to staked Ether ratio.

The weak point of the project’s token economics is that LDO is a governance token. It doesn’t entitle holders to a share of the generated yield or fees. Moreover, the token has additional inflation from investor token unlocking until May this year.

Technically, the LDO token broke above the short-term resistance of around $1.17 with significant buying volume. Bulls will likely target $1.80, capitalizing on the hype around the Shanghai upgrade.

The token is heavily shorted in the futures market after the recent 26% rise in its price since Jan. 1. The funding rate for LDO perpetual swap turned negative with a large magnitude, providing an opportunity for a further uptrend in a short-squeeze. The current support levels for LDO are $1.17 and $1.

Rocket Pool is similar to Lido, albeit smaller in size. The market capitalization to the staked Ether ratio of the platform is five times larger than Lido, which likely makes it overpriced.

Nevertheless, the RPL token has additional utility besides governance as an insurance token for users. Node operators stake RPL as insurance, where users receive the staked RPL in case of losses due to the operator’s fault.

The Ethereum Merge high of RPL in September 2021 was $34.30. Since the start of 2023, its price has increased by 10%, last trading at $22.40. If buyers are successful in building support above the $20 level, there’s a possibility that RPL can reach last year’s high of $30, which was attained around the Ethereum Merge.

Ankr is a blockchain infrastructure provider which offers API endpoints and runs RPC nodes besides staking solutions. Similar to LDO, ANKR is only used for governance purposes.

The token’s price has stayed relatively flat over the last few days. The market capitalization to the staked Ether ratio of Ankr is on the higher side at par with Rocket Pool, which is a negative sign.

Still, if the hype around Shanghai upgrade increases, ANKR can reach August 2021 highs of $0.05. The recent breakdown level of $0.03 will act as resistance for buyers. Currently, the token is trading around $0.015.

Stakewise offers the highest staking yield of 4.43%. Its governance token is comparatively less inflated than RPL and ANKR in the market capitalization to staked Ether ratio, making it cheaper than RPL and ANKR.

However, the token distribution is adversely skewed towards private investors and the founding team, which have 46.9% of SWISE’s total supply. According to data from Nansen, wallets identified as “smart money” have been slowly accumulating SWISE since April 2021.

The Ethereum Merge high for SWISE was $0.23, which will be the likely target for buyers. The support lies near 2022-lows around $0.07.

Shared Stake is flagged red because the protocol was suspected of an insider exploit, which caused a 95% decline in the token’s price in June 2021. The high staking return of the Shared Stake compared to others is also an eyebrow-raising detail to take note of. On the other hand, Cream Finance has discontinued its Ether staking service.

The upcoming Ethereum Shanghai upgrade provides an opportunity for the liquid staking space to grow. Lido DAO is the clear leader in this space with an optimum market price. The de-risking of ETH staking and hype around the event could translate to a series of rallies that could push the price of LDO and other liquid staking protocols back to their Merge highs from last year.