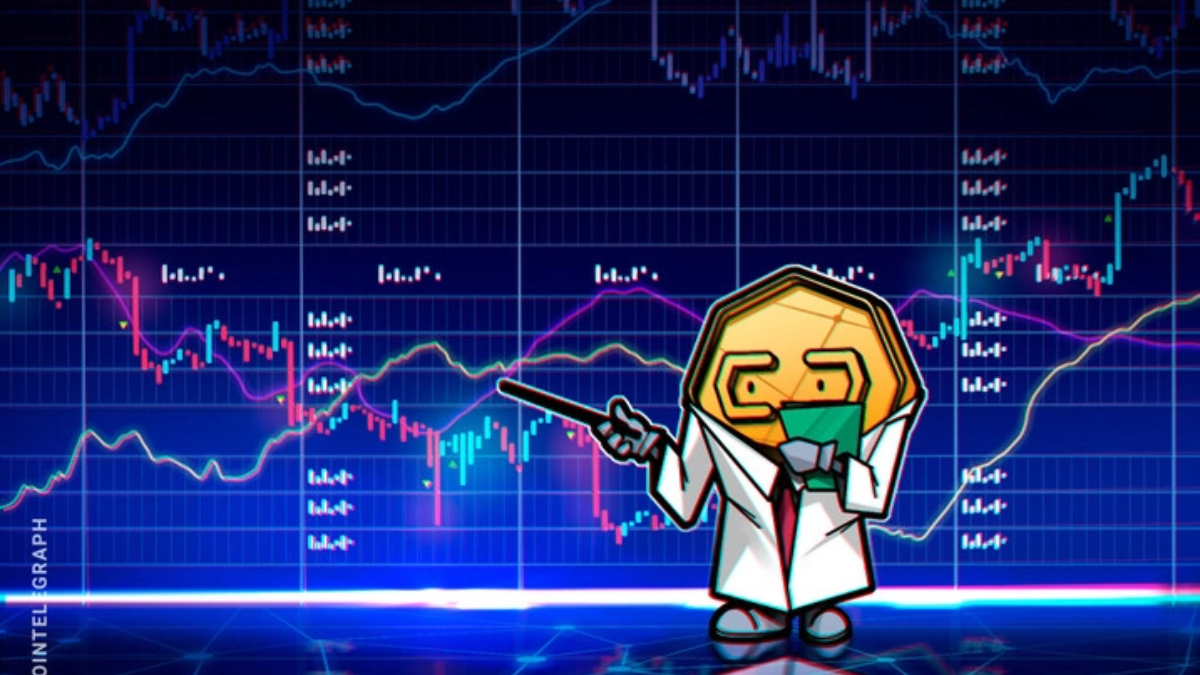 An ongoing selloff in the FTX Token  FTT $22.67 market could worsen in the coming months owing to a mix of pessimistic technical and fundamental indicators.

From a technical perspective, FTT has formed an inverse-cup-and-handle pattern on the daily chart, identifiable by its crescent-shaped price trend followed by a less extreme upward retracement.

On Nov. 6, FTT broke below the pattern’s support line near $22.50, accompanied by a volume spike. The FTX exchange token’s selloff continued on Nov. 7 below the support line, raising risks of a bearish continuation phase in the coming months.

As a rule of technical analysis, the inverse-cup-and-handle breakdown can push the price down by the length equal to the distance between the pattern’s support and peak level. That puts FTT’s breakdown price target at around $16, down roughly 30% from the current price.

The bearish technical setup came as Changpeng Zhao (CZ), the CEO of crypto exchange Binance, said his company would liquidate its entire FTT holdings in the coming months, on fears that the token might collapse in the same manner as Terra (LUNA) in May 2021.

Binance was an early investor in FTX.

Raising selloff risks, the announcement followed a large transfer of roughly 23 million FTT tokens worth $530 million to Binance, which CZ confirmed was a “part” earmarked for liquidation.

This also coincided with a spike in individual transactions worth more than $100,000.

Notably, Alameda Research had $14.6 billion on its balance sheet as of June 30, with FTT being the largest holding at $5.8 billion, making up 88% of its net equity. In addition, the firm held $1.2 billion in Solana  SOL $32, $3.37 billion in unidentified cryptocurrency, $2 billion in “equity securities,” and other assets.

On the other hand, Alameda Research reportedly had liabilities worth $8 billion, including $2.2 billion worth of loans collateralized by FTT. That, coupled with the firm’s alleged exposure to illiquid altcoins, prompted some analysts to predict its insolvency in the future.

“Alameda will never be able to cash in a significant portion of FTT to pay back its debts,” wrote Mike Burgersburg, an independent market analyst, for the Dirty Bubble Media Substack, noting:

“There are few buyers, and the largest buyer appears to be the very company which Alameda is most closely tied to …the fair market value of their FTT in the event of large sales would rapidly approach $0.”

Alameda Research CEO Caroline Ellison countered these allegations, noting that the firm had more than $10 billion worth of assets and had returned most of its loans due to the tightening in the crypto credit space in 2022.

Related: FTX in talks with investors to raise $1B for further acquisitions

However, FTX traders appear to be taking the cautious route, reflected by a 95% drop in the exchange’s stablecoin reserves in the last two weeks. As of Nov. 7, FTX held $26.141 million worth of dollar-pegged tokens, its lowest in a year.

Meanwhile, investors have been selling their FTT holdings at a loss amid the ongoing Alameda Research fiasco, per EtherScan data. For instance, a small whale reportedly took a 65% loss on its FTT investment

Still, independent market analyst Satoshi Flipper sees a potential FTT price rebound ahead as it retests a long-standing support range visible on the weekly chart below.

The views and opinions expressed here are solely those of the author and do not necessarily reflect the views of Cointelegraph.com. Every investment and trading move involves risk, you should conduct your own research when making a decision.

Meta reportedly plans ‘large-scale layoffs,’ but what of its metaverse division?