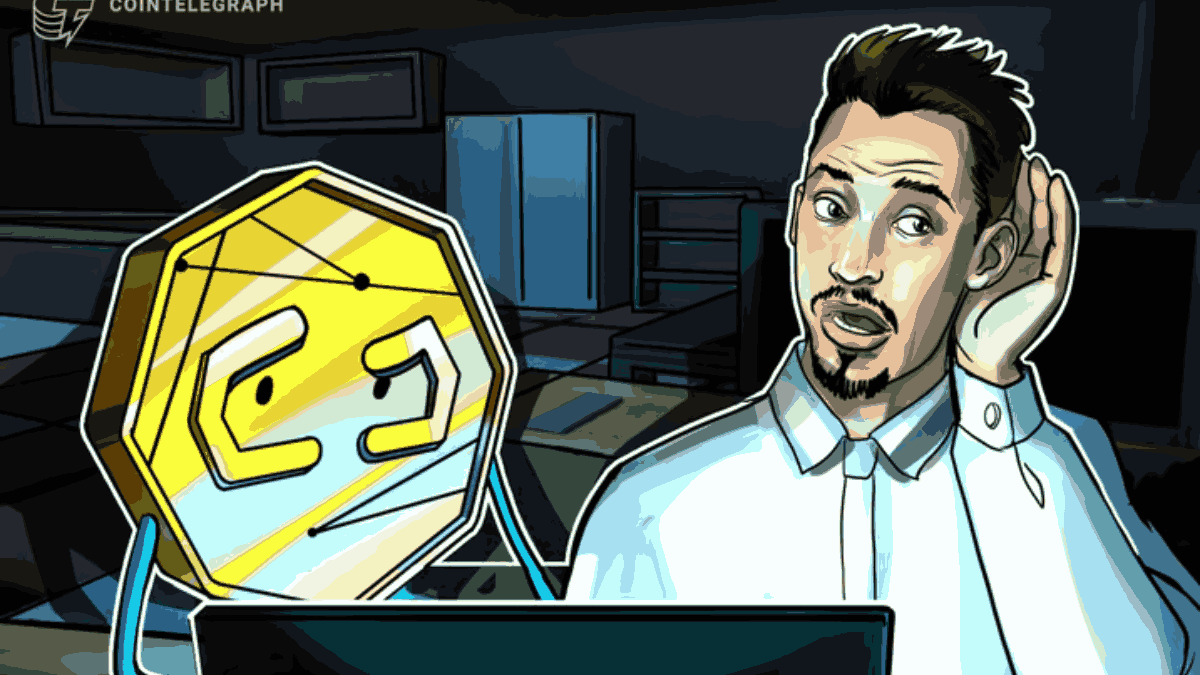 Now that the SEC has gotten involved in the ongoing Gemini–Genesis spat, things could get ugly for both parties in the near term.

With investor confidence seemingly at an all-time low thanks to the recent slew of insolvencies, a new saga seems to be now unfolding in real time. This one involves crypto exchange Gemini’s Winklevoss twins and Barry Silbert, CEO of Digital Currency Group (DCG) — the parent firm behind crypto market maker and lender Genesis.

On Jan. 2, Cameron Winklevoss posted an open letter to Barry Silbert reminding him of the fact that it had been “47 days since Genesis halted withdrawals” while also providing a blunt, seemingly confrontational assessment of DCG’s existing business practices:

“For the past six weeks, we have done everything we can to engage with you in a good faith and collaborative manner in order to reach a consensual resolution for you to pay back the $900 million that you owe.”

The letter further indicated that the aforementioned sum was lent to Genesis as part of Gemini’s Earn program, an offering enabling customers to earn up to 7.4% annual percentage yield on cryptocurrencies. Cameron then issued another tweet requesting Silbert “publicly commit” to solving the problem by Jan. 8 — a request seemingly ignored by him, at least on Twitter.

Tensions have been mounting

Genesis’ ongoing woes stem from the fact that a significant portion of its funds (estimated to be worth $175 million) have been locked in an FTX trading account. Following the collapse of the once second-largest crypto exchange late last year, the company had to halt withdrawals on Nov. 16, even reportedly hiring the consultation services of investment bank Moelis & Company just a week later to get itself out of this pickle.

In a Dec. 7 letter, Derar Islim, the interim CEO of Genesis, told clients that “it will take additional weeks rather than days for us to arrive at a path forward.” In response, Winklevoss and company hired investment bank Houlihan Lokey to devise a framework with which they could “resolve its liquidity issues” keeping them from repaying members of Gemini’s Earn program.

Things then took an ugly turn on Dec. 27 when investors sued the twins over the blocked funds in the Earn program, accusing the two of fraud and several infractions of U.S. securities laws.

Furthermore, Silbert responded to Cameron’s constant Twitter nudges on Jan. 2, noting that Genesis had already taken action regarding Gemini’s proposal while also claiming innocence for DCG, stating unequivocally that the company had not been overdue to its payments to Genesis. In response, Cameron tweeted back:

After weeks of turmoil, on Jan. 10, the Winklevoss twins sent out an email to users informing them that Gemini had terminated its flagship Earn program with Genesis two days prior. The move was the latest of many shots fired between the firm and the crypto lender, with the email stating:

“We are writing to let you know that Gemini — acting as an agent on your behalf — has terminated the Master Loan Agreement (MLA) between you and Genesis Global Capital, LLC (Genesis), effective as of January 8, 2023.”

The message then went on to add that effective immediately, Genesis was required to clear any outstanding assets that it had in association with the program, which until last month was offering users up to 8% interest on their crypto holdings.

At present, customers can view their Earn balances under the “Pending” column as Gemini officials continue looking for a way to return customer money as soon as possible. “The return of your assets remains our highest priority and we continue to operate with the utmost urgency,” the email stated.

Lastly, in a claim filed in court on Jan. 8 in response to the class-action lawsuit put forward by Gemini Earn’s customers, Gemini says that much like its clients, it too has been the victim of Genesis and DCG Group’s conduct, claiming that the company’s executive brass had “misled defendants about Genesis, its financial condition, and its ability to act as a responsible borrower in the Gemini Earn program.”

Gemini has denied all of the accusations made against it by its clientele, saying it had all signed an agreement to “arbitrate claims relating to the Gemini Earn program” and that the various claims and causes of action initiated by the plaintiffs’ should not be litigated in any forum unless Genesis is also involved with the same.

On Jan. 12, the U.S. Securities and Exchange Commission charged Gemini and Genesis with allegedly selling unregistered securities as part of the Earn offering. As per the regulatory body, Genesis loaned the assets accrued off of Gemini’s users while sending a portion of the profits back to Gemini, with the latter deducting an agent fee of around 4% and returning the remaining profits to its customers.

According to SEC officials, Genesis was required to register the program as a securities offering, with Chair Gary Gensler adding that the charges are designed to build on previous such actions to make it known to “crypto lending platforms and other intermediaries” that they need to adhere to the regulatory agency’s time-tested securities laws.

The SEC said the Earn program had a direct impact on a whopping 340,000 investors, adding that between January 2022 and March 2022 alone, Gemini raked in $2.7 million in agent fees, with the company using client assets to facilitate various lending activities as well as using it as collateral for personal borrowing. During the same three-month stretch, the agency claimed that Genesis generated interest income of $169.8 million while paying out $166.2 million to clients (including Gemini) as profits.

To get a better overview of the matter, Cointelegraph reached out to Rachel Lin, co-founder and CEO of SynFutures — a decentralized exchange for crypto derivatives. In her view, Genesis failed to properly hedge its portfolio risks and manage its treasury, leaving its balance sheets heavily affected by the FTX contagion. She added:

“Silbert has yet to fully own up to this failure, with some viewing his recent actions as a stall tactic while they search for emergency liquidity. Rather than calling out Gemini and its co-founder Cameron Winklevoss’ demands as publicity stunts, both parties should be putting user deposits first, as there are contractual obligations on both sides.”

And while Gemini’s termination of its master loan agreement with Genesis may be a way to deflect blame and play the victim, Lin believes that in the long run, the move may be a net positive for Earn depositors, as it puts additional pressure on Genesis to repay its debt to Gemini.

Lin noted, “Gemini isn’t without blame in this incident. Although the company claimed to have conducted proper due diligence on Genesis, it’s clear that it wasn’t enough. As a result, Gemini should bear at least part of the responsibility for its defunct Earn program.”

Matthijs de Vries, founder and chief technology officer for blockchain technology firm AllianceBlock, told Cointelegraph that while it’s difficult to know what exactly the truth is with this situation, it doesn’t matter because the issue once again highlights the clear problem with centralization. He added:

“Putting your trust in individuals instead of smart contracts means you place trust in people, not technology. All of the issues we’ve seen in 2022, and continue to see, make the need for self-custody more and more important. Owning your own assets and being able to manage these assets as you wish is critical.”

He further stated that the tactics being used by Silbert don’t present a good look for the company. Also, instead of simply playing the blame game, the industry as a whole needs to learn from this, de Vries argued. “Blockchain was built to be decentralized, trusting yourself with your assets, not powerful individuals,” he concluded.

A similar opinion is shared by Jeremy Epstein, chief marketing officer for Radix — a smart contract platform for decentralized finance (DeFi) — who told Cointelegraph that the episode further reinforces the need for transparent ledgers and the visibility that comes from a decentralized financial system. In his view, when there are centralized entities that can hide their books behind walls, it makes trust very difficult to foster while further tarnishing the industry’s reputation.

Recent: Congress may be ‘ungovernable,’ but US could see crypto legislation in 2023

Lastly, Liu Sheng, lead developer for Opside — a multichain three-layer architecture for high-throughput Web3 applications — told Cointelegraph that such instances would never see the light of day with DeFi and decentralized autonomous organizations, as users never have to give away ownership of their assets when chasing yields. Sheng added:

“This implosion of centralized service providers hopefully takes us one step closer to a decentralized economy where greed can be managed in a more transparent atmosphere. If we put the proper infrastructure in place, we can hopefully convince retail investors that it’s safer to deal with decentralized entities.”

The SEC’s latest actions seem to have changed the trajectory of the entire story, especially with Tyler Winklevoss saying on Jan. 13 that Gemini was nearing a solution to its customers’ ongoing woes and that the SEC’s action was completely unneeded. He tweeted:

As more details regarding the case continue to emerge, it will be interesting to see how things continue to play out for the two companies as well as the digital asset industry from here on out, especially with the market going through a major shortage of investor confidence.