How stable are stablecoins in the FTX crypto market contagion? 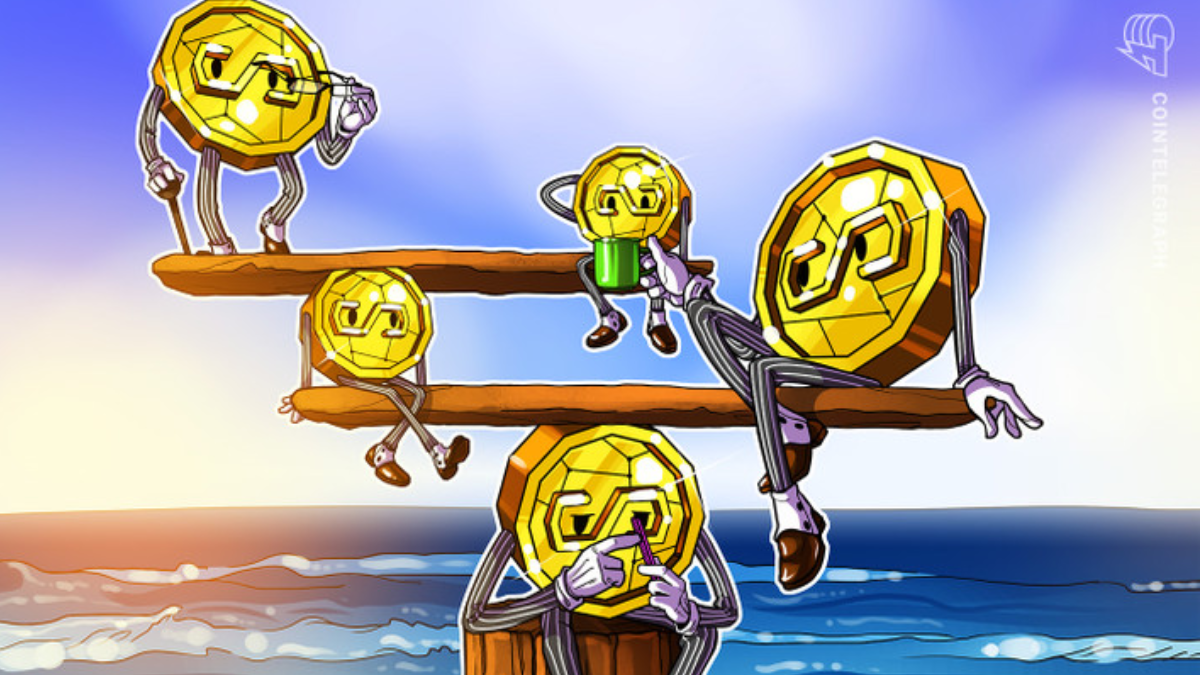 The collapse of crypto-exchange FTX hit the crypto world like a tropical storm. It bears asking once again: How stable are stablecoins?

If early November’s FTX collapse was crypto’s “Lehman moment” — as more than a few pundits have suggested — will the FTX contagion now spread to stablecoins? After all, Tether USD $1.00, the market leader, briefly lost its United States dollar peg on Nov. 10. In normal times, this might have raised alarm bells.

But, these aren’t normal times.

$1,208, and most altcoins appeared to be feeling the pain from crypto-exchange FTX’s implosion, but not stablecoins.

But, what awaits stablecoins in the longer term? Will they really emerge from the FTX fiasco unscathed, or is the sector due for a shake-out? Are stablecoins (still) too opaque, undercollateralized and unregulated for investors and regulators, as many insist?

The collapse of the Bahamas-based crypto-exchange FTX hit the crypto world like a tropical storm, and so it bears asking once again: How stable are stablecoins?

Is the contagion spreading?

“The cracks in the crypto eco-system are increasing, and it would not be surprising to see a significant de-pegging event” in the future, Arvin Abraham, a United Kingdom-based partner at law firm McDermott Will and Emery, told Cointelegraph. Particularly at risk are those stablecoins that use other cryptocurrencies for their asset reserves, rather than fiat currencies like the euro or U.S. dollar, he said.

“There is some evidence that FTX contagion did spread to stablecoins,” Ryan Clements, assistant professor at the University of Calgary Faculty of Law, told Cointelegraph, citing the brief USDT de-pegging event. “This shows how interconnected the crypto market is to it.”

On Nov. 10, Tether fell to $0.97 on Bitstamp and several other exchanges and to $0.93 for a few moments on Kraken. Tron’s USDD stablecoin also wobbled. Stablecoins are never supposed to fall below $1.00.

For its part, Tether blamed the depegging on crypto-exchange illiquidity. Relatively few crypto trading platforms are well capitalized, and sometimes “there is more demand for liquidity than exists on that exchange’s order books and has nothing to do with Tether’s ability to hold its peg nor the value or makeup of its reserves,” said the company.

“Tether is completely unexposed to Alameda Research or FTX,” the firm added in its Nov. 9 blog post, further noting that its tokens are “100% backed by our reserves, and the assets that are backing the reserves exceed the liabilities.”

“The one thing that has saved Tether so far is that people have generally sold their Tether to others and most users have not actually cashed out,” said Buvaneshwaran Venugopal, assistant professor in the department of finance at the University of Central Florida. “Tether had to pay about $700 million recently and was able to do so.”

That said, “the general lack of enthusiasm for crypto and the shrinking options for stablecoins may change this situation,” Venugopal told Cointelegraph. Tether has about $65 billion in circulation, according to CoinGecko, and U.S. Treasury bills make up over 58% of its reserves. “This is a large holding which would be affected if Tether has to sell under a crunch, especially in an increasing interest rate environment.”

A darkening outlook for algos?

“They aren’t dead, and there are still some prominent ones, including the DAI token which is essential for the functioning of MakerDAO,” said Abraham.

But, doubts remain, as algorithmic stablecoins are not easily understood and worries persist that “reserves can be adjusted on a dynamic basis potentially leading to manipulation and facilitating fraud,” said Abraham.

“The industry seems to be accepting this fact and moving away from uncollateralized algorithmic stablecoin models.”

“I think algorithmic stablecoins are going to be the sacrificial lamb within the stablecoin regulatory space,” Rohan Grey, assistant professor at Willamette University College of Law, told Cointelegraph. “They’re the ones whose heads will be on the chopping block” in the U.S. to appease regulators and other nay-sayers. Algos might still survive on the global stage, though, he suggested.

It could become very difficult for crypto-backed (i.e., non-fiat) stablecoins to defend their pegs in the event of another major cryptocurrency drawdown, however. In Abraham’s view, it would possibly lead “to an implosion similar to what we saw with the collapse of the Terra stablecoin in the early days of this crypto winter,” he said.

What about a collapse of the Tether and/or Circle, the industry’s leaders whose coins are mostly backed by U.S. dollars or related instruments like treasuries? Such an event would be “a catastrophic event for the crypto industry,” said Abraham, because “so much of the industry hinges on using one or the other of these tokens as an intermediate means of exchange.” Many crypto transactions begin with a transfer of dollars into USDT or Circle’s USD Coin USDC $1.00 as a way to avoid “the exchange rate volatility of Bitcoin and other cryptocurrencies.”

“Tether is the really big one to watch right now because Tether is intrinsically connected to Binance,” said Grey, who noted that Binance is now playing the role of industry savior, a part played until recently by Sam Bankman-Fried and FTX. Tether’s and Binance’s fortunes are tied together, some believe.

Still, one has to be careful when making comparisons between the FTX collapse and the 2008 Lehman Brothers bankruptcy, which foreshadowed the Great Recession of 2008–2009. “There are obvious differences,” said Grey, “one being that at this point, the crypto ecosystem is still relatively segregated from the rest of finance.” Any damage should be relatively contained in the overall scheme of things, i.e., “average people” won’t be hurt as happened in the U.S. financial crisis of 2007–2008.

It seems as a given that more transparency, particularly with regard to reserves, will be required for stablecoin issuers post-FTX. “The value proposition of a stablecoin is ‘stability,’” said Venugopal. “Therefore, anything that a company uses to bring about stability must be well-understood by the users.”

Absent legislation, stablecoin issuers may need to take it upon themselves to disclose more about their reserves. Grey, for instance, applauded the step that Paxos took in July when it announced that it would provide monthly reserve statements that included CUSIP numbers — Wall Street’s “bar code” for identifying securities — for all instruments backing its Paxos Dollar (USDP) and BinanceUSD (BUSD) stablecoins. Those coins are now backed exclusively by “cash, overnight loans secured only by U.S. Treasuries, and U.S. Treasuries with a less than 90-day maturity,” said Paxos.

Stablecoins have long been criticized for being under-collateralized, and this issue arose again with the Terra debacle in May. Has the stablecoin sector made any progress in this area over the past half year in this regard?

Collateral, of course, remains a challenge for the traditional finance sector, too, even for commercial banks. It basically means the company, in this case, the stablecoin issuer, “has to forgo lucrative opportunities elsewhere and keep the collateral for a rainy day,” noted Venugopal. “Even the highly regulated banks hate capital adequacy and other liquidity requirements imposed on them and find ways to minimize the amount of money left idle or return less income.”

Many predict a consolidation in the crypto sector generally post-FTX as weaker coins are winnowed out, much as happened in 2018 as the initial coin offering mania waned. Might something similar happen in the stablecoin world? In September, even before FTX’s fall, an academic paper from researchers at the University of Chicago and Stockholm Schol of Economics noted that partially collateralized stablecoin platforms are always vulnerable to large demand shocks, suggesting some winnowing out might be expected.

This seems a reasonable outcome, suggested Abraham, especially since the European Union’s Markets in Cryptoassets Regulation (MiCA) and other legislation will impose high compliance costs on stablecoin issuers. Requirements like auditable reserves “will make it much harder to issue stablecoins and should significantly limit the potential for collapse.”

“When disclosure becomes mandatory, we are going to see fewer stablecoins,” Venugopal told Cointelegraph. “In general, I don’t think the world needs thousands of cryptocurrencies/tokens out there acting like securities or assets, especially when they are just speculative. We may need utility tokens but not security tokens.”

Given the risks, are there steps that coin issuers and/or regulators can take to avoid another industry calamity? “Stablecoins will definitely need to be more transparent with their reserves,” according to Abraham. This is already being prescribed in new legislation. He added:

“Both the EU’s new MiCA and the draft Responsible Finance and Innovation Act in the U.S. impose reserve requirements on stablecoin issuers.”

In the case of MiCA, an audit of stablecoin reserves will be required every six months.

Recent: The metaverse is a new frontier for earning passive income

Venugopal also agreed that if stablecoins want to become a viable medium of exchange and store of value for the decentralized finance world, they need to be more transparent and make their assets auditable, adding:

“Tether has been long accused of lying about its cash reserves which are crucial to its U.S. dollar peg. The fact that Tether has been delaying its audit does not help.”

Market perception of reserve instability, or insufficiency, can catalyze investor selloffs which impact a stablecoin’s peg, added Clements. “As a result, more transparency is needed in this area to increase investor confidence and stability, and to this end regulation could help the stablecoin market by requiring proof of reserves, audits, custodial controls on collateral, and other safeguards to ensure collateral transparency and sufficiency.”