Is GPU mining profitable after the Ethereum Merge? 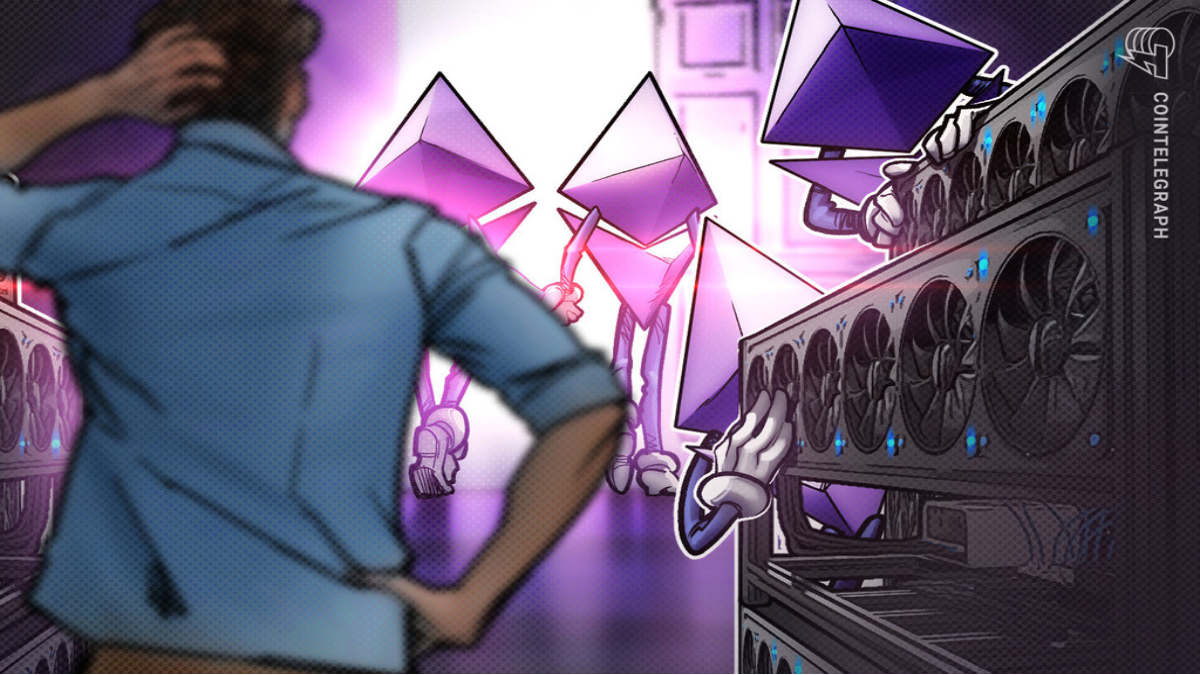 1.What does the Ethereum Merge mean for Ethereum mining and GPU miners?

Ethereum upgraded from proof-of-work to proof-of-stake, meaning miners will be out of work, and their equipment will be useless.

GPU miners are individuals that validate transaction blocks by using specialized graphics cards to solve challenging mathematical challenges. Miners use graphic cards because they can quickly and repeatedly divide and process tasks that need a lot of energy and resources.

However, Ethereum’s prolonged plan to reduce energy consumption by 99% by phasing out cryptocurrency mining was completed on Sept. 15, raising concerns about existing mining equipment. For instance, it may result in an accumulation of e-waste brought on by increased useless mining rigs, which could trigger another climate emergency, ultimately offsetting the advantages of the switch to the proof-of-stake (PoS) consensus mechanism.

Unlike proof-of-work (PoW), where several computers act as nodes and validate a single block, randomly selected validators create new blocks in PoS. In the long term, this renders thousands of graphical processing unit (GPU) rigs useless, making Ethereum mining less economical than it has previously been.

2.What are the pros and cons of GPU mining?

Using a GPU for mining offers both benefits like scalability and faster processing but with drawbacks such as complex setup processes, maintenance and electricity cost.

The more advanced GPUs come with gaming, video editing and machine learning support, giving them the versatility to speed up various applications outside of typical graphics rendering. For instance, graphical processing units can render 2D and 3D graphics, allowing gamers to play at larger resolutions.

Similarly, since GPUs have a staggering amount of computational power, they can significantly speed up applications like image recognition that benefit from their highly parallel architecture. In computing, GPU parallel processing refers to the simultaneous execution of numerous calculations or processes.

Nonetheless, the process of setting up a GPU mining rig is quite complex, which involves downloading and configuring software that supports GPU mining, signing up for a mining pool, and creating a worker (mining device’s name that serves as the login for mining software).

Moreover, unexpected errors can cause defects in the equipment, which poses a financial burden on the miner. Also, the cost of electricity may not be covered by the reward (amount of cryptocurrency) earned in return for providing computing power.

3.What are the alternative options for Ethereum miners?

The Merge forced miners to shift to alternative GPU mineable cryptocurrencies, a newly forked version or dump or sell their equipment at a low price.

One of the direct effects of the Merge includes miners turning to the Ethereum fork, Ethereum Classic (ETC), to keep utilizing their equipment. For instance, the blockchain fork’s hash rate increased the day after the Merge. The hash rate describes the computation power needed to approve a transaction on the blockchain through a proof-of-work consensus mechanism.

As Ethereum Classic blockchain still practices the PoW method for mining, Canada-based Hive blockchain (crypto mining giant) disclosed its plans to mine other proof-of-work cryptocurrencies like ETC, Dogecoin (DOGE) and Litecoin (LTC), among others. However, shifting to a PoW blockchain may undermine the environmental benefits that the PoS version offers.

Ethereum miners can switch to a newly forked version

A Chinese miner who resists Ethereum Network’s shift to proof-of-stake forked Ethereum to preserve the proof-of-work consensus method. The newly forked version is called the EthereumPOW (ETHW), which hopes to accommodate GPU miners in the future.

The trade of tokens reflecting a proof-of-work fork of Ethereum is supported by cryptocurrency exchanges like Poloniex and BitMEX as well as the Tron blockchain.

Some of the GPU miners may quit the game

Returning to past revenue figures that were provided on Ethereum is difficult. Those chances are low with stablecoin chains or any other PoW blockchain. Overflow of hash rate to alternative GPU mineable coins is also a threat to the mining venture.

It is challenging to earn previous rewards that were offered on Ethereum, due to which miners started shifting to alternative GPU-mineable coins. However, the increased hash rate means a hike in mining difficulty, causing miners to get rid of GPU miners.

Hive blockchain agrees that only miners with efficient equipment will succeed in the long run for this reason. As a result, many miners may sell their GPUs if the difficulty of alternate chains keeps increasing.

On the other hand, the selling may not occur since a dumping effect will result from an increasing supply of GPU capability compared to a decrease in demand. Therefore, the likely outcomes of such a scenario can be a vast majority of miners either dumping or selling their equipment at low prices. However, as crypto mining places a lot of strain on the GPU hardware, gamers and even film editors might not be optimistic about buying the machines.

4.Can miners migrate to the PoS version of Ethereum?

Miners may change their business model to proof-of-stake consensus.

It is difficult for Ethereum supporters to abandon the chain due to the Merge and the possibility that it could render mining on Ethereum ineffective. However, decentralized finance (DeFi) staking has gained the interest of such people because of higher payouts, as fees that were formerly paid by the blockchain to miners will shift to validators.

More technical upgrades, revisions and forks will follow the Merge, according to Ethereum cofounder Vitalik Buterin. For instance, Ethereum Foundation intends to introduce and refine sharding and rollups on the blockchain, which will positively impact transaction speed and gas fees.

Additionally, Ethereum core developers hope to simplify data storage on the blockchain with the Purge and the Verge. The Purge is a technical improvement that will reduce storage space for storing Ether on a hard disk. This will eliminate the need for nodes to keep transaction history and simplify the Ethereum protocol.

Another concept called the Verge, which is an implementation of Verkle Trees as a sort of mathematical proof, will allow any Ethereum user to become a network validator, as they won’t need extensive disk storage to keep vast amounts of block data.

Large-scale miners may adopt a data-focused strategy and engage in high-performance computing. For example, GPU miners could gain from Web3 protocols like Livepeer and Render if they can pool resources. Nonetheless, a considerable concern is still in the air of imminent Ether (ETH) selling pressure.

An Ethereum GPU miner can invest more in what they already have and explore other emerging technologies like artificial intelligence (AI), cloud computing and others. Furthermore, the GPUs can be repurposed for cloud computing without necessarily having to add more investment. For example, Hut 8 Mining, which has over 180 GPUs, is already refurbishing its Ethereum data center for machine learning, AI and engineering purposes.

5.What is the future of GPU mining?

Mining, the foundation of PoW cryptocurrencies, may continue to flourish, given that energy costs are low for GPU miners. Moreover, the application of graphics processing units beyond mining, including graphics designing, gaming and video editing, make them ideal for fixed capital investment.

On the contrary, compared to GPUs, ASICs are more energy-efficient and offer a higher hash rate, inducing miners to switch to application-specific integrated circuit equipment. However, the cost of setting up an ASIC mining rig makes it unattractive to solo miners.

Above all, the equipment a miner chooses should be supported by the blockchain on which they will be mining cryptocurrencies. Other factors determining mining profitability include electricity costs, block reward, hash rate and cryptocurrency price that a miner is looking to mine, which must be taken into consideration before buying GPUs, CPUs, ASICs or any other mining equipment.