It’ll be OK: DCG crisis likely won’t ‘include a lot of selling’ — Novogratz 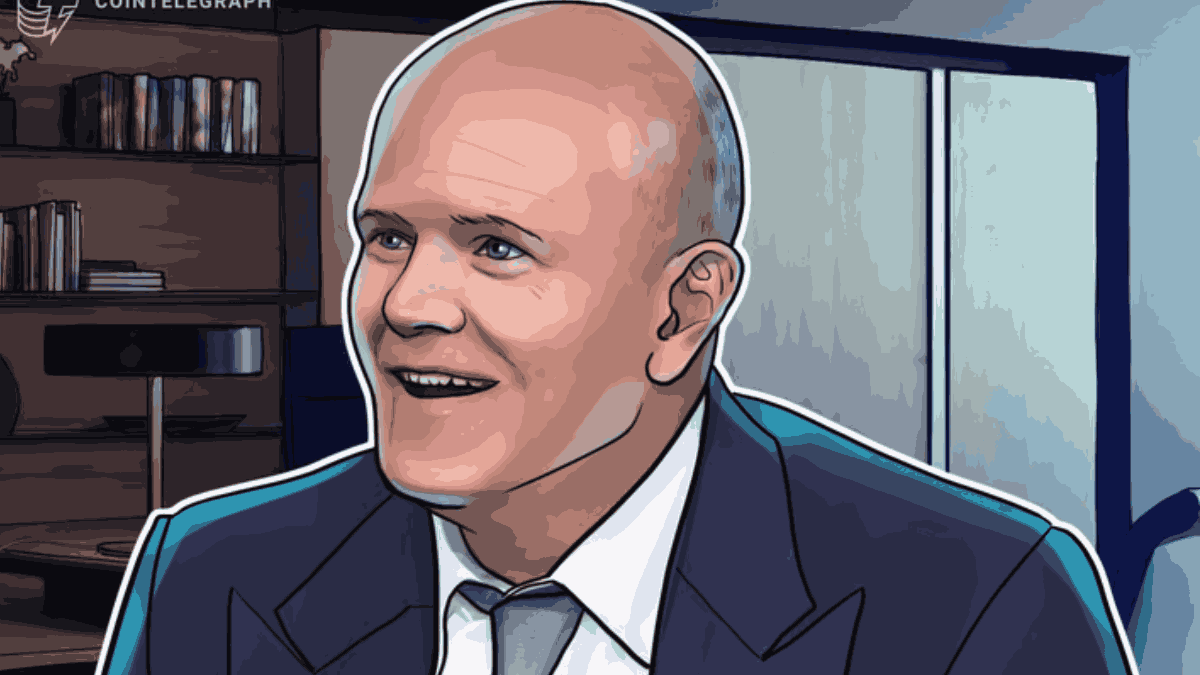 Galaxy Digital Holdings CEO Mike Novogratz has hosed down fears over the crisis facing Digital Currency Group (DCG) and Genesis, saying while it’s “not good news,” it won’t “include a lot of selling.”

In a Jan. 10 interview on CNBC’s Squawk Box, Novogratz said he expects the current debacle facing DCG and its related companies to “play out” over the next quarter.

“There are still some overhangs — DCG and Genesis and Gemini — that will play out in the next quarter. That’s not going to be great,” said Novogratz, adding:

“I don’t think it will include a lot of selling, it’s just not good news.”

DCG is a major crypto conglomerate known as the owner and operator of Grayscale Investments, the world’s biggest digital asset manager.

Novogratz’s opinion is in stark contrast to a Jan. 4 report from Arcane Research warning investors to pay attention to the “ongoing financial distress” at DCG as the outcome “could severely impact crypto markets.”

It argued if DCG were to enter bankruptcy the company could be forced to liquidate assets and sell sizeable positions in its Grayscale Bitcoin Trust (GBTC) and other crypto-related trusts, which would put pressure on crypto prices.

However, Novogratz argued that both Bitcoin BTC $17,454 and Ether ETH

In an open letter directed to DCG CEO Barry Silbert on Jan. 2, Gemini co-founder Cameron Winklevoss alleged that DCG-owned Genesis was yet to pay back a $900 million loan it owes to Gemini, which was due to DCG owing Genesis $1.675 billion.

On Jan. 10, Winklevoss penned a second letter, this time toward DCG’s board of directors, claiming Silbert and DCG only “pretended” to fill a $1.2 billion hole in the Genesis balance sheet. He said Silbert was “unfit” to run the company and called for his removal, effective immediately.

Coinbase layoff was ‘the right thing’

The Galaxy CEO also commented on Coinbase CEO Brian Armstrong’s recent decision to cut another 20% of its workforce in a bid to further reduce operating costs.

Last year “was a grand washout for growth stocks and for crypto, and so anything associated with it […] that had big costs and revenue shrinking — got hammered,” said Novogratz.

“I think CEOs [including] Brian at Coinbase, and any rational CEO, is doing the right thing.”

Novogratz said the outlook for crypto isn’t horrible, but it’s also “not great.”

“We’ve got regulatory headwinds that we didn’t have before. We’ve got time to heal and rebuild narrative and so people are going to cut costs and survive this transition period,” he said, adding:

Death and self-custody: How to pass on your crypto when you die