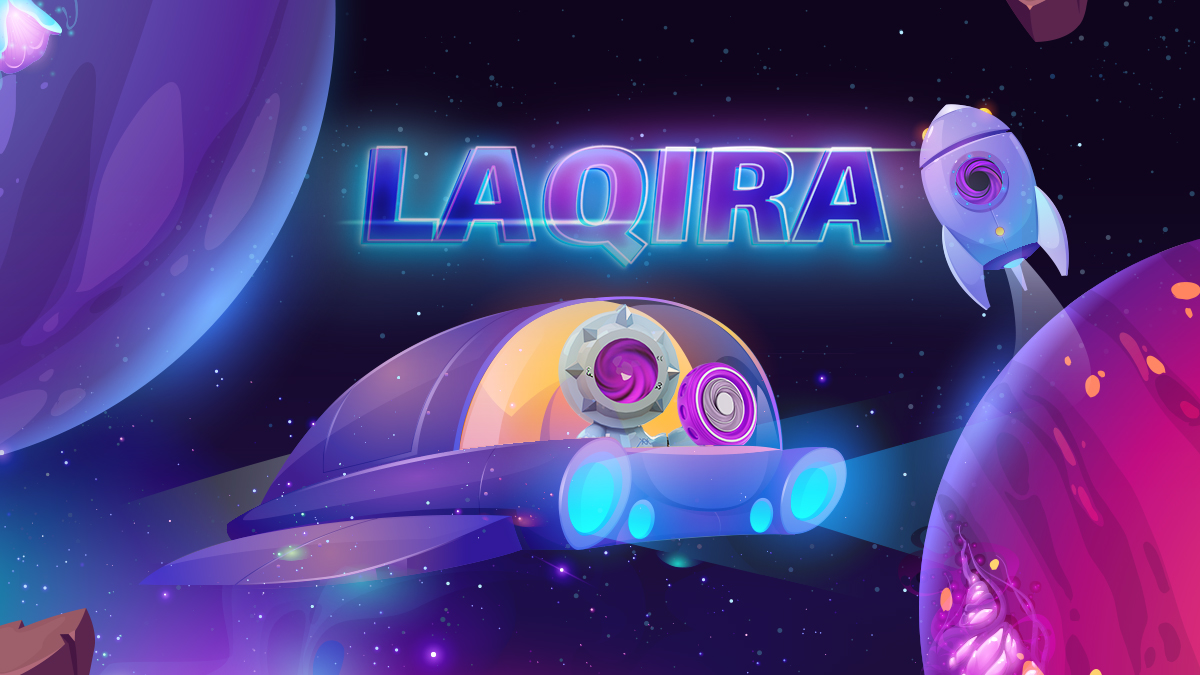 Laqira Protocol The gateway to the blockchain world

In the past, only computer game developers could hope to earn money by playing video games. Nowadays, with the development of blockchain-based games, even amateurs are giving it a try. With the spread of the Covid-19 pandemic, many people who have experienced severe income declines have tried to learn and play blockchain-based games to earn some money. Blockchain-based games are spread worldwide and are known as the most popular games in the world. Laqira Protocol ‌ is a Metaverse platform that aims to create a gateway to the world of blockchain for users who can make significant money using the features. Laqira can provide a great NFT Marketplace, fascinating game, andMetaverse environment. In the following, we will introduce this protocol more.

An Introduction to Laqira protocol

TOBTC , under the management of Sina Osivand, after several years of experience in the financial markets (Forex since 2009 and Cryptocurrency Market since 2016), has recently launched the Laqira Protocol project. Laqira platform is an integrated set of several sections such as DeFi services, GameFi, and exclusive DApps. the aim is to provide users with blockchain technologies and services in various fields. Laqira platform will allow its users to demonstrate their best skills in the NFT Marketplace and use it to draw attention to their art.

The NFT Marketplace of this project will be launched soon. In addition, the Laqirace first drive to earn blockchain-based games and other several new events are included in the roadmap.

Decentralized exchange (DEX) start-up is one of the most engaging aspects of this project; as this project is COMMUNITY-BASED, the start-up will begin with holders’ votes.

Sina Osivand has introduced the next plans which aim at developing an Open World Metaverse game with unlimited features. the game is unique in its kind and will allow players to exchange the game properties as an NFT, develop their ideas and grow their business.

What is the Laqirace game?

One of the games that Laqira Protocol has introduced is the Laqirace blockchain-based game. In collaboration with one of the best gaming companies and with an investment of more than eight million dollars, Laqira Protocol has succeeded in building, developing, and displaying the world’s first Drive2earn game on Binance Smart chain Network (BSC). Laqirace is a multiplayer mode in which users compete with each other through the unique characters of the game. users will also have the opportunity to gain the game tokens by participating in in-game activities and events. One of the outstanding features of the Laqirace game is the low volume of the game file despite the in-game items provided in it. Furthermore, The winner can sell or auction assets, collections, or rewards.

Play to earn is a concept that means players win the rewards by playing the game. Prizes are in the form of tokens or NFT. These prizes can be in the form of tokens or equipment that are won at the end of the competition as well. In this game, users use non-fungible tokens (NFT) to trade with other users through in-game customization options. For example, NFT items in the Laqirace car racing game include car restructuring, character appearance, and even the UI (user interface). The type of selected car will also affect the player’s interface.

The purpose of this protocol is to provide a comprehensive environment for creative people to demonstrate their best skills. For example, consider an artist who does not have the financial means to set up an exhibition or an inventor who can not convince investors. The Laqira Protocol NFT Marketplace will be an extraordinary opportunity for them to showcase their work and earn money by exposing their skills and talents on an international platform.

The concept of play to earn is an exciting and revolutionary step. This revolution is called “GameFi” and welcomes the idea that gamers should not just spend their money on game content, but should invest their money and then sell it in secondary markets. The Laqira protocol allows its players to acquire real property and assets. An entirely new digital economy that rewards gamers with gaming, makes gaming a potential way to monetize.

LQR token is currently available in exchanges such as BKEX and PancakeSwap . It should be noted that the LQR token is listed on the first day of its launch at the BKEX exchange with the USDT currency pair, While this process typically takes weeks or months for other tokens. The starting price was $ 0.01, which increased 46 times on the first day. The huge demands of users to buy this token made the BKEX server super crowded and out of reach. Lastly, Users are also able to trade Laqira tokens through the decentralized PancakeSwap exchange with the BNB currency pair with 0.1% slippage.

Any further development of the Laqira protocol will be done once a proposal has been made by the main team or members of the association and , when the survey has been conducted by the token holders. If the proposal gets enough votes from the holders and the number of positive votes reaches the quorum, it will be approved by the Laqira team and will be  in the take action stage. As a result, the Laqira platform will continuously improve and develop while this growth and development will be implemented concerning the token holders.

Laqira Protocol project, as an integrated unit, aims to launch the NFT Marketplace soon, creating an entrepreneurial opportunity for users.

Also, by launching the blockchain-based game, Laqirace will allow users to earn money simply by playing the game or exchanging NFTs related to the game, or by passing the game missions and tasks and receiving tokens.

Finally, the establishment of a decentralized exchange (DEX) is on the agenda of this dynamic and active team; The most exciting part of the project is related to an open world conversion game in which users will have unlimited possibilities to build a virtual world. the details which will be announced shortly.

The difference between blockchain and traditional games

What is Crypto Music?