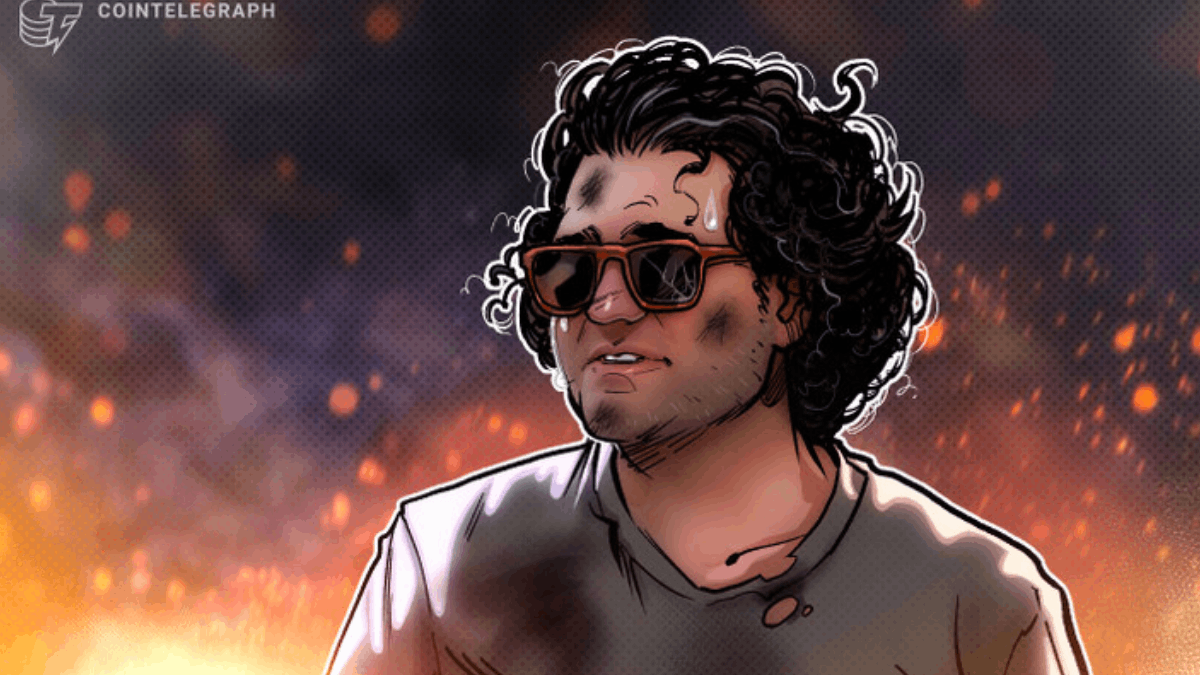 The former FTX CEO has offered multiple apologies and admitted failings at least a dozen times during the one-hour interview.

In a wide-ranging video interview, Bankman-Fried was asked to answer a number of questions surrounding the downfall of the now-defunct exchange, with some even suggesting that some of his statements could be used to incriminate him in legal proceedings.

In a Nov. 30 Twitter post, crypto attorney Jeremy Hogan, partner at Hogan & Hogan, said that the “light cross-examination” of Bankman-Fried at the DealBook Summit has already returned “at least 3 incriminating statements so far.”

Alan Rosca from the law firm Rosca Scarlato said it was “pretty astonishing that he’s in effect testifying at the DealBook summit. Hard to think of a precedent for this.”

Bankman-Fried’s first concession came while greeting interviewer Andrew Sorkin, when he said in reference to the collapse of FTX:

“Clearly, I made a lot of mistakes or things I would give anything to be able to do over again.”

An apology came moments later when Sorkin confronted him with a letter written by an FTX customer who lost $2 million in life savings after the exchange collapsed.

“I’m deeply sorry about what happened,” said Bankman-Fried in response to the customer’s story.

Later, when discussing the allegations that Alameda used FTX client funds to cover loans, Bankman-Fried said that while he “didn’t know exactly what was going on” at Alameda, he concedes it was still his duty as FTX CEO to “make sure I was doing diligence.”

“A lot of these are things that I’ve learned over the last month that I learned […] I mark that as a pretty big oversight that I wasn’t more aware of,” he said.

Bankman-Fried admitted failure again when quizzed about FTXs former standing in the industry and the loss of trust in crypto now that the exchange has collapsed, stating: “I mean, like, look, I screwed up:”

“I was CEO, I was the CEO of FTX. And I mean I say this again and again, that that means I had a responsibility that means that I was responsible ultimately for doing the right things and I mean, we didn’t. Like, we messed up big.”

Toward the end of the interview, Sorkin directly asked Bankman-Fried whether he had been truthful with the audience and whether he agreed that there had been times that he had lied.

Bankman-Fried said he wasn’t aware of any times that he lied, but explained that there were times when asking as a representative or “marketer” for FTX, that he would paint FTX “as compelling […] as possible.”

“I wasn’t talking about what are the risks involved with FTX […] I obviously wish that I spent more time dwelling on the downsides and less time thinking about the upsides.

Related: ‘I never opened the code for FTX:’ SBF has long, candid talk with vlogger

Bankman Fried was asked what his lawyers are telling him at the moment, and whether it was a good idea for him to be speaking publicly. He answered, “very much not:”

“I mean, you know, the classic advice, don’t say anything […] recede into a hole.”

Bankman-Fried said he believes he has a duty to talk to people and explain what happened and to “try and do what’s right.”

“I don’t see what good is accomplished by me just sitting locked in a room pretending the outside world doesn’t exist,” he explained.

While the interview appeared to cover a number of confronting issues for Bankman-Fried, some in the community still believe that the questions were not challenging enough, nor was there an adequate follow-up to some of the hard-hitting questions.

A Twitter poll launched by self-proclaimed crypto trader Cantering Clark found that more than half of the 1,119 respondents believed Sorkin “Soft-balled” the interview with Bankman-Fried.