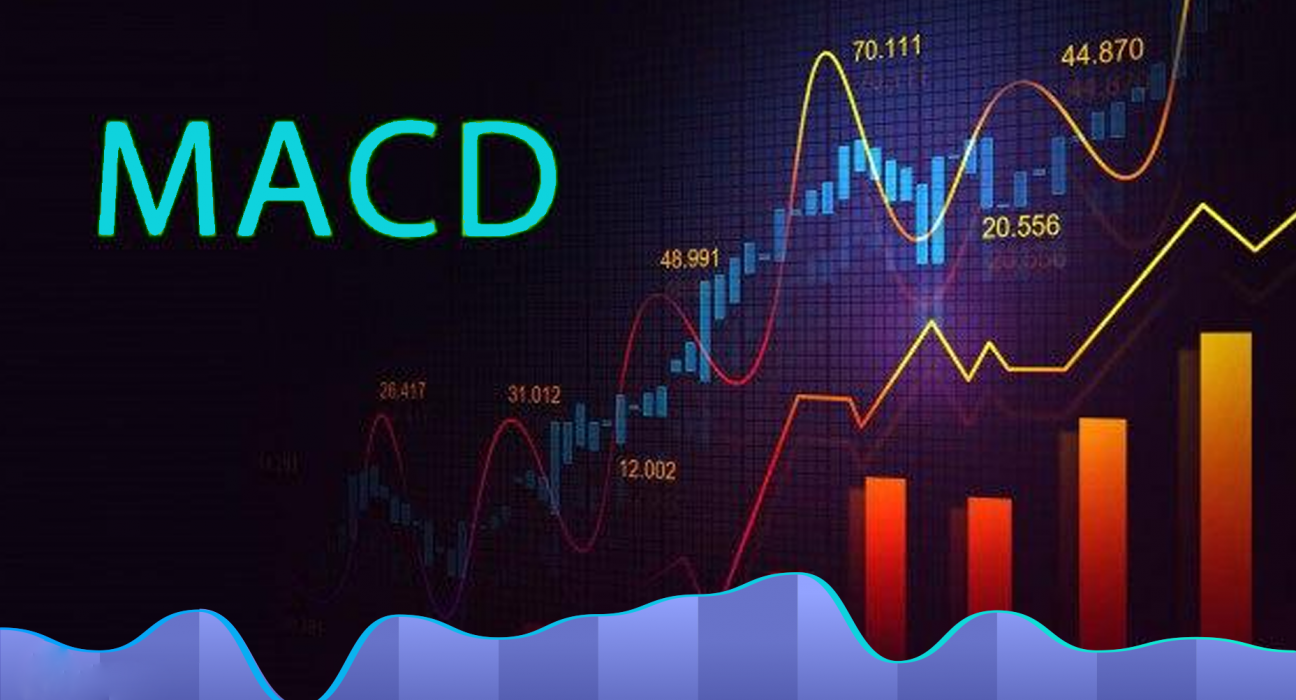 Moving Average Convergence Divergence (MACD) is a trend-following signal indicator that shows the relationship between two moving averages of security prices. The MACD indicator is calculated by subtracting the 26-period exponential moving average (EMA) from the 12-period EMA.

What is the MACD indicator?

MACD stands for Moving Average Convergence Divergence. This is a moving indicator that follows the price trend and shows the correlation between two moving averages of the price.
Gerald Apple developed the MACD indicator in the late 1970s. The effectiveness of this indicator has been tested over time and can be very beneficial for traders.

What does the MACD measure?

Calculation of the MACD indicator

To calculate the MACD indicator, you need to use the exponential moving average.
The EMA is calculated by first calculating the Simple Moving Average (SMA) for the selected periods. To calculate a 12-period EMA, the calculation is simply the sum of the last 12 time periods divided by 12.

Calculate a 12-period price EMA for the selected period.

Calculate a 26-period price EMA for the specified period.

Subtract the 26-period EMA from the 12-period EMA.

Finally, calculate a 9-period EMA of the result obtained from step 3.

This 9-period EMA line on a histogram is created by subtracting the 9-period EMA from the result of step 3, which is called the MACD line but is not always visibly plotted on the MACD display on the chart.

The purpose of the power index is to show the entire buying and selling of an asset in a certain period. RSI is an oscillator that calculates the average price gains and losses over a given period. The default period is 14 periods with limited values ​​from 0 to 100.
MACD measures the relationship between two EMAs, while RSI measures the price change between the recent high and low prices. These two indicators often give analysts a complete technical market picture.

These indicators both measure movement in the market, but they sometimes give opposite indications because they measure different factors. For example, the RSI may show a constant above 70 for a while, indicating that the market is overbought relative to recent prices, while the MACD suggests that the demand is still rising. In the rush to buy. Each of these indicators may indicate a change in the future trend by showing a divergence from the price (the price continues to move higher while the indicator moves lower or vice versa).

Limitations of the MACD indicator

The MACD indicator performs best in trending markets. This limits its use to traders depending on their trading strategies. For example, this indicator usually provides traders with faulty signals in limited markets. Novice traders may find this indicator challenging to use at first, which is why understanding the moving average and EMA principles will benefit traders looking to use the MACD indicator.

The changes that can be implemented with the MACD indicator are many and different for each trader. As a result, the results of using it vary from trader to trader, which destroys any consistency. Therefore, traders should follow a general plan when using MACD:

Use an appropriate time frame, as MACD may behave differently in time frames.

How do traders use Moving Average Convergence Divergence (MACD)?

Traders use MACD to identify changes in the direction or strength of a stock price trend. MACD can seem complicated at first glance because it relies on statistical concepts such as the Exponential Moving Average (EMA). But basically, MACD helps traders identify when a recent move in a stock’s price may indicate a change in its underlying trend. This can help traders decide when to enter a buy or sell position.

What is the positive and negative divergence in MACD?

What are the best settings for the MACD indicator?

12, 26, and 9 days are the periods set in MACD default settings. However, this does not mean that these default settings will perform well in every time frame or every trading strategy. Therefore, it is recommended to try different options to find the best settings that suit your trading style.

MACD uses exponential moving averages to produce a popular momentum indicator, allowing technical traders to identify trends and reversals. All data used in MACD is based on historical stock price performance. However, some traders use the MACD histogram to predict when a change in trend will occur. For these traders, this aspect of the MACD may be considered a key indicator of future trend changes.

Our goal in the TOBTC website is to improve the knowledge and awareness of investors in the financial markets to gain more profit from investing in this market. For more information, you can contact us through comments or social networks.