Macroeconomic data points toward intensifying pain for crypto investors in 2023 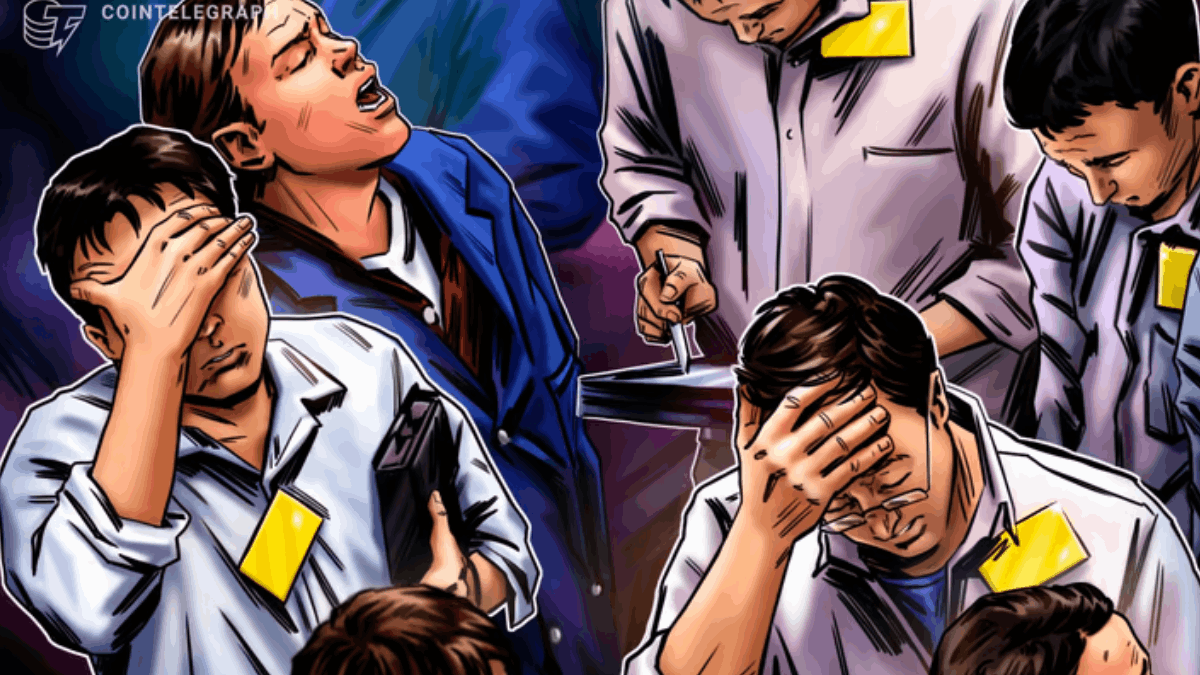 Chances of a crypto bull market in 2023 decrease as the Fed maintains a hawkish stance and threats of a recession in the U.S. economy continue to appear.

Undoubtedly, 2022 was one of the worst years for Bitcoin BTC $16,938 buyers, primarily because the asset’s price dropped by 65%. While there were some explicit reasons for the drop, such as the LUNA-UST crash in May and the FTX implosion in November, the most important reason was the U.S. Federal Reserve policy of tapering and raising interest rates.

Bitcoin’s price had dropped 50% from its peak to lows of $33,100 before the LUNA-UST crash, thanks to the Fed rate hikes. The first significant drop in Bitcoin’s price was due to growing market uncertainty around potential rate hike rumors in November 2021. By January 2022, the stock market had already started showing cracks due to the increasing pressure of imminent tapering, which also negatively impacted crypto prices.

Fast forward year, and the crypto market continues to face the same problem, where the headwinds from the Fed rate hikes have restricted substantial bullish moves. The worst part is that this regime may last much longer than the marketparticipants expect.

The dot-com bubble of 1999-2000 could teach investors a lot about the current crypto winter, and it continues to paint a grim picture for2023.

The tech-heavy Nasdaq Composite inflated to enormous levels by the early 2000s and this bubble burst when the Fed began raising interest rates in 1999 and 2000. As credit became more expensive, the amount of easy money shrank in the market, causing the Nasdaq to drop from its peak by 77%.

The crypto market is currently facing the same scenario.

Fed chairman Jerome Powell is hell-bent on curbing inflation and this means there will behigher rates for some time ahead. Minneapolis Federal Reserve President Neel Kashkari wrote in a blog post recently that he expects the terminal rates to go up to 5.4% by June 2023 —currently, the rates are in the 4.25% to 4.50% range.

Notably, at the time of the dot-com bubble, the Fed stopped increasing rates in May 2000, but the downturn in Nasdaq continued for the next two years. Thus, we can expect the crypto market to drop further at least until the Fed pivots. There is a risk of the current bear market stretching even longer if the U.S. economy experiences a recession similar to 2001.

According to a report by Mises Institute analyst Ryan McMaken, the M2 money supply of the U.S. dollar turned negative in November 2022 for the first time in 28 years. It is an indicator of potential recession, which is usually “preceded by slowing rates of money supply growth.”

While McMaken acknowledged the possibility of the negative money supply growth indicator turning into a false signal, he added that it “is generally a red flag for economic growth and employment. It also serves as just one more indicator that the so-called soft landing promised by the Federal Reserve is unlikely to ever be a reality.”

The latest report from the Institute of Supply Management also shows that U.S. economic activity contracted for the second consecutive month in December. The purchasing manager’s index (PMI) came out at 48.3% for December and values below 50% signify contraction. It suggests that the demand for manufactured goods is declining, probably an impact of higher interest rates.

The average U.S. recession since 1857 lasted 17 months, with the six recessions since 1980 lasting less than ten months. This recession technically began in August 2022 with two-quarters of negative GDP growth. Historical averages show that the current recession may last until June 2023 to January 2024.

Can favorable conditions form sooner than 2024?

The crypto market needs the realm of easy money to return to build a sustainable bull run. However, based on the Fed’s current plan, those conditions look far away into the future.

Only a black swan event that forces the U.S. government to resort to quantitative easing with low-interest rates and economic stimulus like it did during the COVID-19 pandemic can ignite another bull run.

According to independent market analyst Ben Lilly, a bubble might be forming in the consumer loan sector, which has grown exponentially in the last decade to nearly $1 trillion.

The rise was particularly steep in the last two years since the U.S. government stopped writing stimulus cheques. Lilly infers that the sector could collapse if many borrowers default on their loans due to growing economic strain. He also noted that “it’ll take government stimulus to solve.”

The timeline for a bubble burst is one of the most challenging things to predict. It could possibly coincide with the recession’s end sometime in late 2023 or 2024. Still, until the confirmation of a Fed pivot or quantitative easing comes along, most investors expect the crypto markets to remain in a downtrend.

While there could be temporary bear market rallies, the macroeconomic pressures are likely to undermine all positive moves.