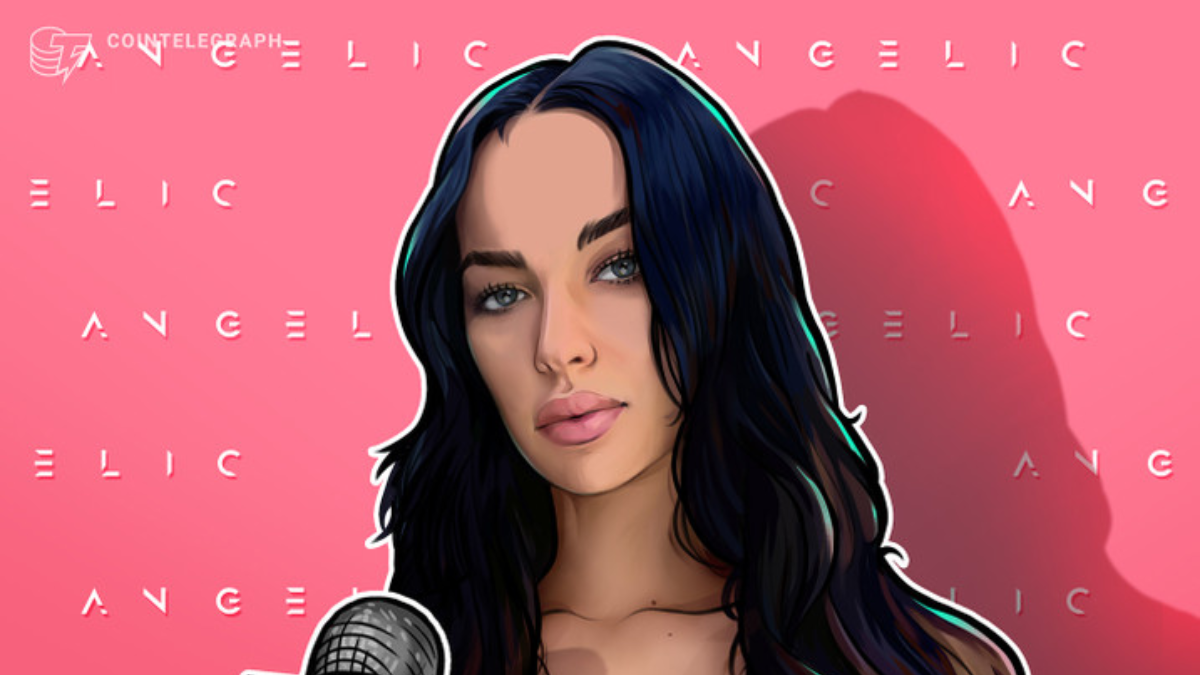 Despite market uncertainty, one NFT game has lit a path forward with stunning visuals, a gripping story and new cross-chain capabilities.

“The earth is a very small stage in a vast cosmic arena… Think of the rivers of blood spilled by all those generals and emperors so that, in glory and triumph, they could become the momentary masters of a fraction of a dot.”

The quote above from Carl Sagan has been used by Metaverse Studios to set the stage for Angelic, its NFT-powered blockbuster Sci-Fi RPG. Beautifully crafted, the game—as presaged by the Sagan quote—asks players to see beyond their everyday conceptions of space and time.

Given the current market upheaval, many in the NFT and crypto industries have had to shift their perspectives. We were able to speak with Angelic’s Director of Operations, Anastasia Volgemutl, on the current uncertainty in the market, how Angelic has evolved and what lies ahead for both the game and the industry at large.

What was the main motivation to move Angelic from exclusively Solana to cross-chain?

My choice to expand Angelic to multi-chain was influenced by the premise that everyone should be able to have equal access and be able to enjoy all aspects of gameplay within our universe. It is no secret that even with substantially high gas fees, Ethereum is still one of the more utilized and popular blockchains to date, which gives Angelic an opportunity to tap into a larger gaming community, specifically guilds, which support gamers through education and community building.

Does being a single-chain or a multi-chain game affect gameplay? What will players notice about the change?

When describing Angelic, I always begin with “we’re a game first and blockchain second,” or, simply put, “chain agnostic,” with no blockchain components visible to the untrained eye. We want to ensure that traditional gamers are able to focus and appreciate gameplay as much as our web3 community. To achieve this, Angelic will automatically store all of our players’ acquired in-game NFTs via a custom back-end wallet, which will be accessible at any given moment whenever they are ready to explore and learn more about what web3 has to offer.

How has your community reacted to the news?

We regularly communicate with our community, especially when it comes to big developments in our roadmap. And as a result, community feedback was positive overall, especially after we announced our decision to partner with ImmutableX, a leading game-oriented Layer 2 scaling solution for NFTs on Ethereum. I wanted to find a partner that was not only able to provide an ecosystem for us as Angelic, but also for our gamers, who will now enjoy the benefit of gas-free minting and fast, secure solutions catered to traditional players.

You came out very strongly against Magic Eden’s decision to make royalty payments optional on its platform. Why do you think the move sets a bad precedent in the industry?

We know a lot of creators and small projects in this space who spend weeks if not months creating phenomenal artwork in hopes of having their art recognized and valued. Owning one’s work and the rights to it is also one of the fundamental principles that bred the idea of a decentralized network — not to mention that the majority of creators rely on royalties as a way of generating a sustainable income.

In my opinion, prior to resorting to stripping creators of their autonomy, marketplaces should first remove their fees in their entirety, as a way to show communities their support and help sustain the ecosystem during uncertainty in this bear market.

Has the current turmoil in the market affected Angelic?

Developing a game isn’t easy. Developing a Triple-A narrative, strategy RPG that’s backed by blockchain in a bear market while watching the second-largest exchange in the world disintegrate in a matter of days right before our very eyes — well I’m sure we’ve all felt similar things and experienced the same uncertainty over the last few weeks.

For Angelic and other gaming projects, the total impact this will have remains unknown. After carefully considering our values and goals, the only way forward that made sense was to keep building and delivering on our milestones as best we can. After all, I have from the get go maintained the position that if blockchain were to die tomorrow, Angelic would still be a great quality game.

How supportive has Angelic’s ecosystem been during this time and what is next on the roadmap for Angelic?

“You’re only as strong as your weakest link,” is the general mindset I have been seeing emerge over the last few weeks, both from the community and our partners alike. I think what defines an effective and supportive ecosystem is not what happens when everything is good, it’s how we respond to one another when things are bad. Angelic is happy to be aligned with like-minded partners that boost one another and offer to help in any way they can, especially some of our lead investors and closest advisors.

What happened over the last few weeks was unprecedented – many great people, projects and companies suffered great losses. It would be a shame to let one person’s actions define blockchain and all the progress made in Web3 up until this point. As for our future, Angelic will continue building to achieve our goal of bringing an amazing gaming experience to both traditional and web3 gamers. Be on the lookout for the launch of Angelic Arena in Q1 2023!

Material is provided in partnership with Angelic

Disclaimer. Cointelegraph does not endorse any content or product on this page. While we aim at providing you with all important information that we could obtain, readers should do their own research before taking any actions related to the company and carry full responsibility for their decisions, nor can this article be considered as investment advice.

Web3 DApp improves staking and transfers on Polkadot and DotSama

Core Scientific in ‘substantial doubt’ of continuing without more cash