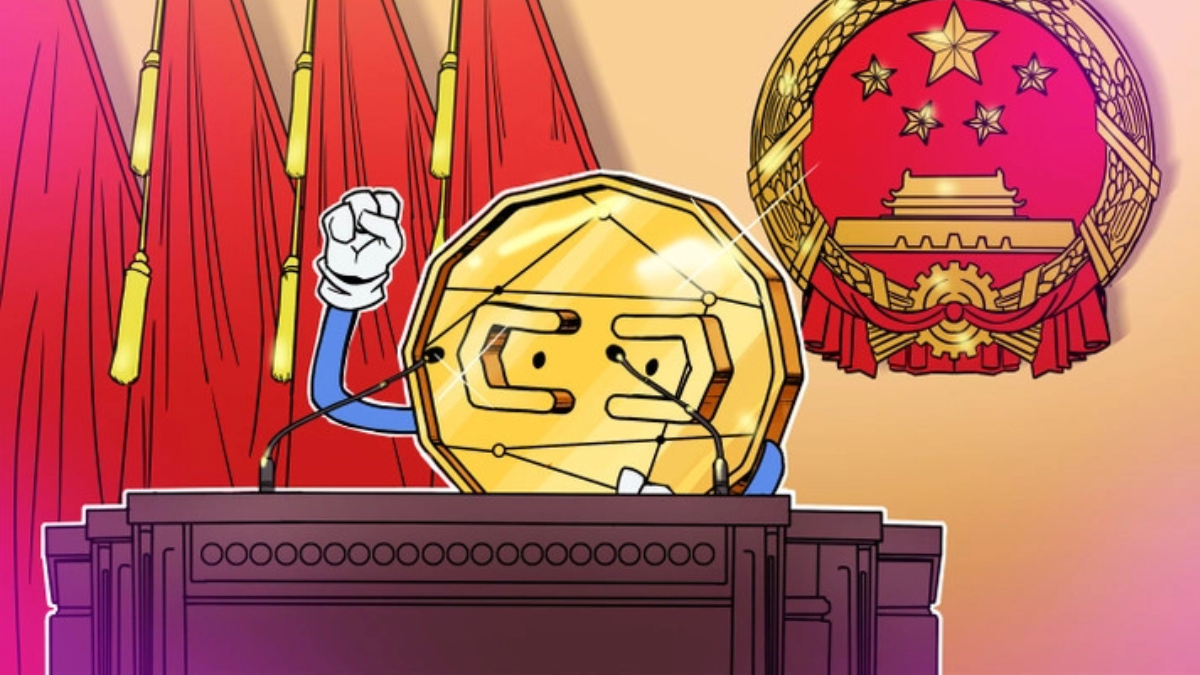 Two collections have appeared on NFT marketplace OpenSea depicting images and art related to the rare widespread protests in China over its lockdown policies.

Nonfungible tokens (NFTs) depicting the ongoing protests in China against the country’s tough zero-tolerance COVID-19 policy have found their way to the NFT marketplace OpenSea.

At least two collections were created in November. The first is a Polygon-based collection called Silent Speech, featuring 135 NFTs depicting images of protesters, signage, graffiti and even social media screenshots related to the ongoing protests up for auction starting at 0.01 Ether ETH $1,208, or just under $11.50.

Another collection titled Blank Paper Movement of 36 Ethereum-based NFTs with a floor price of 10 ETH, or nearly $11,800, features a more artistic take as the images of the protests appear to be painted.

Holding a blank sheet of paper has emerged as a symbol representing the suppression of speech in the rare and widespread protests which have flared up across China since Nov. 14, starting with residents of Guangzhou, one of China’s biggest cities, tearing down police barricades in response to COVID-19 related measures.

The protests intensified on Nov. 24 as a fire that day in a high-rise building in the northeastern city of Urumqi killed 10 people.

NFT company Candy Digital has reportedly laid off a sizeable portion of its workforce amid turbulent crypto market conditions and a massive dip in NFT trading volumes this year.

More than one-third of the company’s roughly 100 employees were cut, according to a Nov. 28 report from the sports industry outlet Sportico.

It’s unclear the reason for the layoffs and if any particular departments were affected, as Candy Digital has not publicly addressed the layoffs. The former community content manager at Candy Digital, Matthew Muntner, in a Nov. 28 Twitter post, publicly confirmed he was part of the staff cuts:

Cointelegraph contacted Candy Digital for comment but did not receive an immediate response.

The company quickly gained partnerships with sports leagues, including Major League Baseball, NASCAR’s collaborative Race Team Alliance, and several college athletes. It was valued at $1.5 billion in Oct. 2021 following a $100 million funding round.

The Long Beach-based NFT-themed burger restaurant Bored & Hungry has set up a pop-up shop at the Philippine Blockchain Week, which kicked off on Nov. 28 local time.

It’s the first time the restaurant has operated in South East Asia. The brand also operated a pop-up french fry stand at NFT.London in early November.

The restaurant first opened in April and is themed using the owner’s intellectual property of his owned Bored Ape Yacht Club and Mutant Ape Yacht club NFTs and accepted ETH and ApeCoin APE $4.13 as payment.

Around two months after its opening, in June, the store inexplicably stopped accepting cryptocurrency as a form of payment, likely due to the drop in crypto prices.

The sale was a result of an open auction with over 20 people in a Discord voice chat, according to the XPUNKS official Twitter account. It refused to disclose the purchaser but said “the community knows who it is.”

Related: The metaverse is a new frontier for earning passive income

The XRP Ledger introduced NFTs on Oct. 31 with the introduction of the XLS-20 standard that was first proposed on May 25, 2021, the NFTs feature “automatic royalties” for creators.

The community-led decentralized autonomous organization (DAO) made up of ApeCoin holders launched its own NFT marketplace on Nov. 24, featuring only Yuga Labs-backed collections.

Following the surprise win of the Saudi Arabian soccer team at the FIFA World Cup over Argentina on Nov. 22, the floor price of a Saudi Arabian-themed NFT collection unrelated to the team jumped by 52.6%, with some appearing to view the tokens as an indirect way to bet on the success of soccer teams.