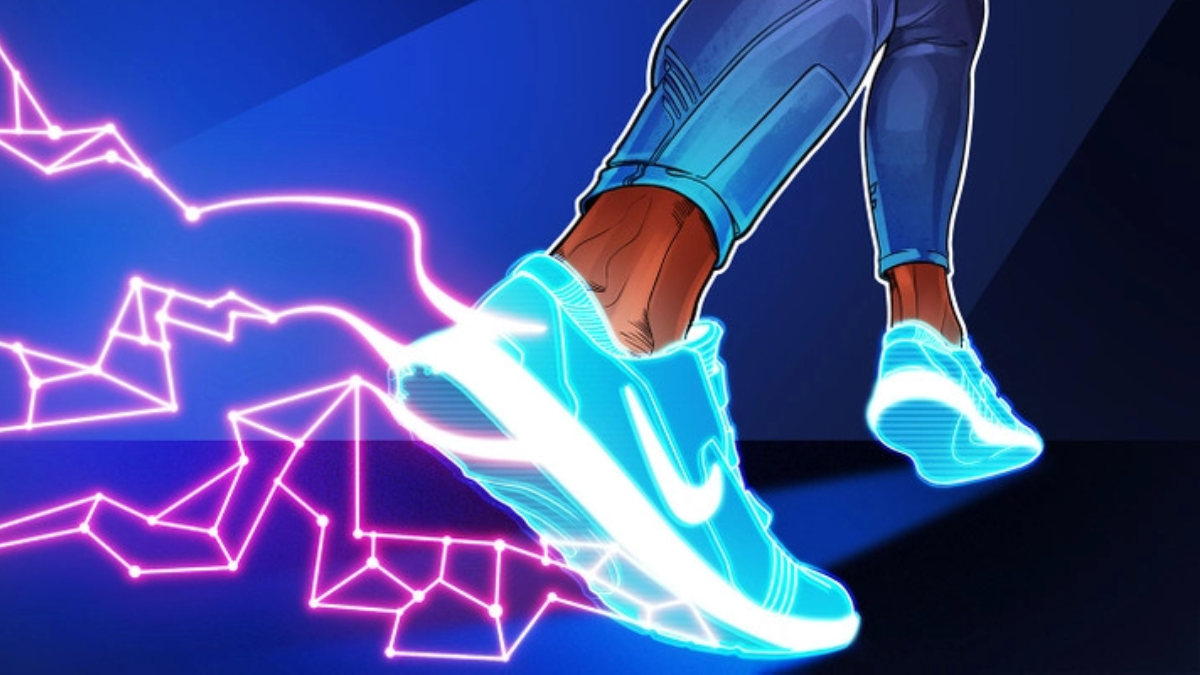 A one-of-a-kind NFT of the Birkenstocks sandals worn by Apple co-founder Steve Jobs at various times during his life has sold for over $200,000.

Footwear and apparel giant Nike has unveiled its latest foray into the nonfungible token (NFT) and metaverse space with the launch of an NFT marketplace named .Swoosh.

While .Swoosh is still in the beta phase, Nike announced that its “first digital collection” is set to launch on the Web3 platform in 2023, with the rest of 2022 devoted to growing the platform and user base.

Among the “virtual creations” to become available next year are digital sneakers, apparel, accessories and other collectibles. In addition, some will unlock benefits such as access to real-life products and events.

Following the first collection drop, members can enter a community challenge to win the opportunity to co-create a virtual product with Nike.

According to Nike, the winners of the challenge can earn an undisclosed amount of royalties on the virtual product they help co-create.

Ron Faris, general manager of Nike Virtual Studios, said .Swoosh offers a “gateway into a new digital arena,” while the Twitter post from Nike said the platform would help “onboard the next millions” into the “wonderful world of web3 and digital assets.”

“We are shaping a marketplace of the future with an accessible platform for the web3-curious,” he added.

In 2021, Nike entered the metaverse game through the acquisition of virtual sneakers and collectibles brand RTFKT. It also launched the virtual world Nikeland.

.SWOOSH uses similar tools and technologies but all three are different projects for the company.

A one-of-a-kind NFT of the Birkenstocks sandals worn by Apple co-founder Steve Jobs at various times during his life has sold for $218,750 at an auction.

Included in the deal was an NFT featuring a 360° digital representation of Steve Jobs sandals, which was minted on the Polygon blockchain.

The NFT is a 1-of-1 edition and included the physical sandals, with the “imprint of Steve Jobs’ feet.” It also came with a hard case for storage and transport and a Jean Pigozzi book titled The 213 Most Important Men in My Life.

Jobs and Steve Wozniak co-founded Apple in 1976. Jobs died of pancreatic cancer in 2011.

Inaugurated by Indian Prime Minister Narendra Modi on Nov. 11, the metaverse features a virtual reproduction of Terminal 2 at Bangalore International Airport and allows users to network with other travelers, access entertainment and go shopping in the digital space.

Arpit Sharma, vice president of enterprises at Polygon, posted a Nov. 12 video of Metaport in action.

In the video, a user logs into the Metaverse airport, customizes their avatar’s appearance and clothing and then wanders around the virtual space.

The avatar interacts with several other users through a text-based chat, goes on an art tour and gets the chance to purchase digital items before a boarding call prompts the user to leave the metaverse.

The project is the result of a joint venture between Bangalore International Airport, Polygon, Intel and Amazon Web Services and is being called the first metaverse airport in the world by its creators.

The 2022 FIFA World Cup is rapidly approaching its Nov. 20 kickoff in Qatar and in the leadup, several companies have been releasing NFT collections and announcing Web3 games for the event.

Herz was on a cereal box of “Indigoooooals.”

The payments company is also giving fans a chance to create their own NFTs on a digital pitch at the FIFA Fan Festival, which will launch during the World Cup.

According to the OpenSea description, once users mint their world cup team, the NFT will follow and track the progress throughout the FIFA World Cup.

Meanwhile, FIFA announced on Nov. 9 they will have at least four Web3 games that fans can play while at the World Cup.

NFT marketplace OpenSea announced it will continue to enforce royalties across all collections going forward, following an outcry from creators for considering otherwise.

Web3 technology has opened a whole new frontier for musicians, but the head of IP at Animal Concerts metaverse platform says onboarding someone like Snoop who is active in the space is very different from “artists who don’t typically keep up with the Web3 ecosystem.”