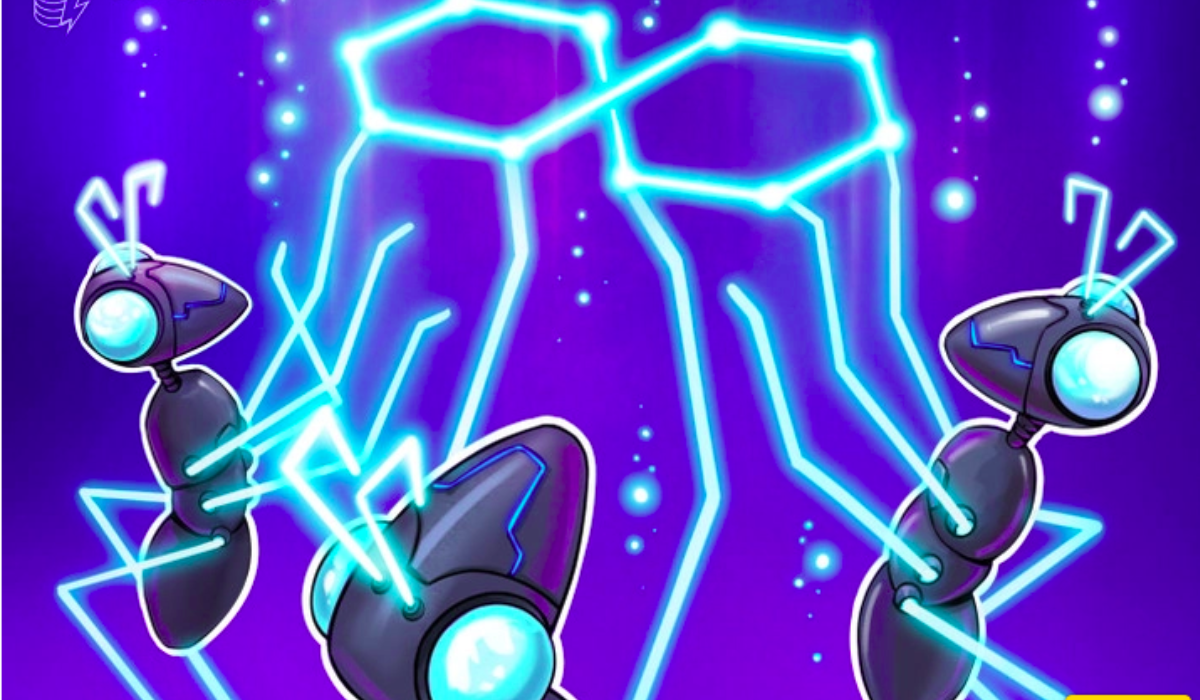 Ryan Wyatt, the CEO of Polygon Studios, shares his thoughts on blockchain upgrades and his plans for Polygon in supporting the upcoming Web3 disruption.

The year 2022 in crypto was eventful in many ways. However, the negative impacts of a bear market dampened the excitement around the blockchain upgrades that significantly brought crypto ecosystems closer to the future of finance.

For Bitcoin, it was the Taproot soft fork upgrade, which was aimed at improving the scripting capabilities and privacy of the Bitcoin network. Ethereum underwent the Merge upgrade to transition from a proof-of-work to a proof-of-stake (PoS) consensus mechanism.

Leading decentralized Ethereum scaling platform Polygon kicked off the year with mainnet upgrades based on Ethereum Improvement Proposal (EIP)-1559, otherwise known as the London hard fork. The upgrade was accompanied by Polygon

On Jan. 25, Ryan Wyatt joined Polygon Studios as the CEO after resigning from YouTube as global head of gaming. Speaking to Cointelegraph, Wyatt discussed the importance of timely blockchain upgrades and his vision for Polygon.

Cointelegraph: What is your perspective on blockchain upgrades when it comes to Polygon? What are some key points of consideration when discussing changes to the network?

Ryan Wyatt: As with everything we do, Polygon takes a holistic approach to upgrades. There are always multiple different solutions to every issue, so it is more productive to explore as many of them as possible. There are many paths to explore when it comes to Ethereum scaling, and aggregating multiple solutions together represent the most promising strategic approach.

Recent: US Election update: Where do the pro-crypto candidates stand ahead of the election?

It is already clear that there cannot be a “one solution to rule them all,” a full suite of scaling products needs to be developed to bring mass adoption to Ethereum and Web3 in general.

CT: How do you think the general public perceives blockchain upgrades? And, what impact does it have on the decision-making process for the devs, if any?

RW: Decentralization, usability and user-centricity are among the core principles of Web3, so network upgrades often reflect those ideals. We believe that people usually appreciate upgrades that aim to increase the overall utility and usability of blockchains. Similarly, developers tend to prioritize their communities’ needs when discussing and implementing upgrades, so that’s a mutually beneficial relationship.

CT: What implications do blockchain upgrades such as the Merge have on the other ecosystems that are directly or indirectly connected to the Ethereum ecosystem?

RW: Before the Merge, almost all carbon emissions on Polygon — roughly 99.9% — emanated from smart contracts and holdings on the Ethereum network. Subsequently, as the Merge has now massively reduced Ethereum’s own energy consumption and ensuing carbon emissions, this positive effect has also rubbed off on Polygon and related platforms, making them much more sustainable as well.

The scaling issue, however, still persists. While the transition to PoS laid the groundwork for sharding and other scaling techniques, it did little to remediate issues with high fees and slow transaction speeds. As such, layer-2 solutions like Polygon still hold invaluable utility. As Ethereum becomes more scalable and efficient, so will Polygon; every improvement made to Ethereum enhances Polygon’s existing strengths.

CT: What is Polygon’s secret to becoming one of the biggest names in the crypto space. Also, how do you intend to maintain a dominant position in the future?

RW: Polygon’s primary mission is to help in collaborative building toward a fairer internet, where anyone can find opportunities anywhere. We provide the infrastructure for a new world where people and technology collaborate and exchange value globally and freely, without gatekeepers or intermediaries.

To this end, Polygon is onboarding world-class new talent from Web2 and Web3 to provide both the tech stack and the infrastructure needed to ensure long-term success for projects. Polygon’s recruitment drive includes top-tier talent from leading companies such as EA, Amazon and Google.

Polygon is also helping many Web2 companies, including Starbucks, Adobe, Clinique and Stripe, to integrate Web3 functionality and has raised $450 million in February to further fuel its Web3-focused initiatives.

RW: All DApps in the Polygon ecosystem now benefit from significantly lower energy consumption/carbon emissions thanks to the Merge. This is coupled with our own sustainability efforts, which saw the network go carbon neutral this year — benefiting thousands of Polygon DApps with a negligible carbon footprint.

By the end of the year, Polygon aims to go carbon-negative as it continues to onboard projects that cater to Web3. Businesses in crypto have taken the lead in building Web3 solutions and blockchain networks like Polygon are prepared to onboard, enable cross-compatibility with other ecosystems and improve the overall performance of such offerings.

Ethereum inches even closer to total censorship due to OFAC compliance

Bitcoin is now less volatile than S&P 500 and Nasdaq