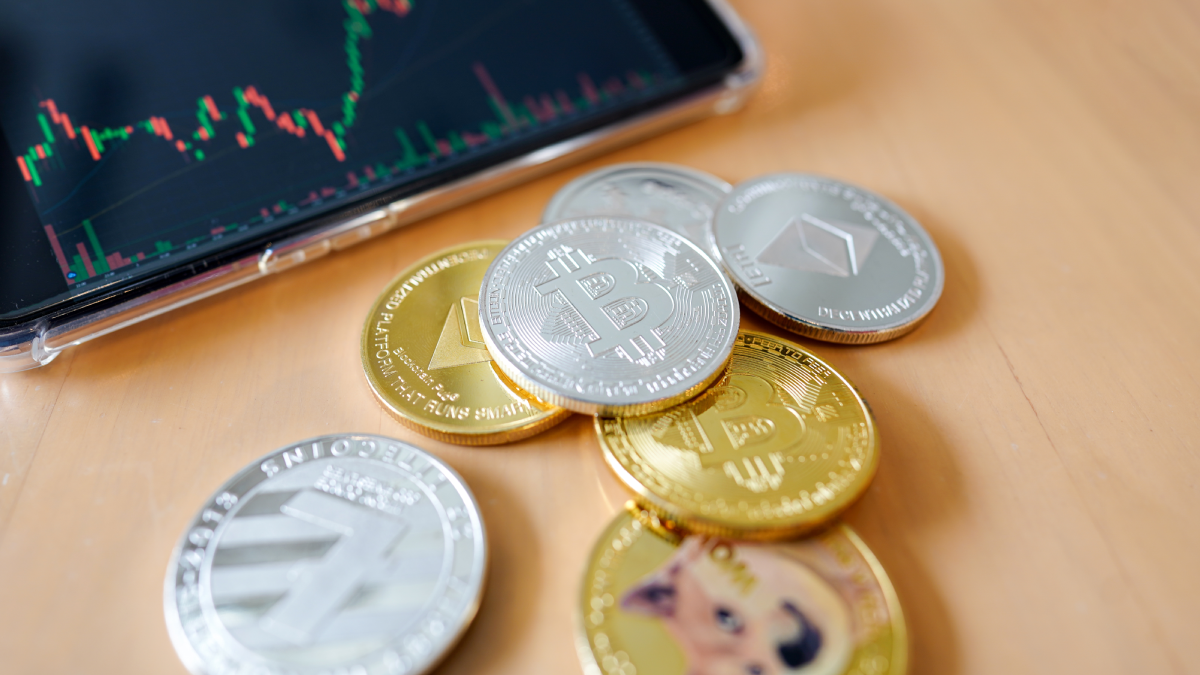 Stablecoin is a digital currency designed to maintain a constant value over time. The value of a stablecoin is usually tied to a specific real currency, often the US dollar. In such a situation, one unit of digital currency will usually be equal to one unit of real currency. Unlike highly volatile digital currencies such as Bitcoin, the price of stablecoins does not fluctuate. But recent events in the stablecoin market, namely the collapse of TerraUSD, have drawn the attention of federal authorities to this area. Treasury Secretary Janet Yellen sees risks to financial stability from the presence of stablecoins. At the same time, the Federal Reserve has released a report discussing the uncertainty of real support for stablecoins and the lack of oversight in that market. This article explains how stablecoins work and their risks and checks if a stablecoin is safe.

What is a stablecoin, and how does it work?

A stablecoin is a digital currency whose value is pegged to another asset, often currencies such as the US dollar or the euro, although other assets are also possible. This digital currency tracks the underlying asset and keeps its value constant over time, at least relative to the currency it is tied to. This digital currency has become an underlying electronic asset, for example, a digital dollar. Since the purpose of stablecoins is to track assets, they are often backed by specific assets attached to them. For example, an organization that issues a stablecoin has typically established a reserve with a financial institution that owns the underlying asset. Therefore, a stablecoin can have an account of $100 million and issue 100 million coins with a fixed value of $1 each. If the owner of a stablecoin wants to cash out the coin, he will eventually be able to withdraw real money from the reserve account.

This structure contrasts with most cryptocurrencies, such as Bitcoin and Ethereum, which have no support for privacy. Furthermore, unlike stablecoins, other cryptocurrencies are highly volatile as speculators move their prices up and down and trade for profits. While major assets support many stablecoins, others do not. Instead, these stablecoins use technical means (such as removing some of the coin supply to create a shortage) to keep the crypto price at a fixed value. These types of stablecoins are called algorithmic and can be riskier than stablecoins that are backed by assets.

Why are stablecoins used in digital currency transactions?

Stablecoins solve one of the critical problems of many mainstream cryptocurrencies: reducing volatility and stability because the extreme volatility of the digital currency market makes it difficult or even impossible to use them for actual transactions. Anthony Citrano, the founder of Acquicent, a marketplace for NFTs, says: “Cryptocurrencies like Bitcoin and Ethereum are extremely volatile, and it’s challenging to price them in different situations. “Stablecoins avoid this problem by keeping their prices stable on a known reserve currency.” In addition, their stability allows many stablecoins to be used as a functional currency in a digital currency brokerage for various transactions. For example, traders may convert bitcoins into a stablecoin such as Tether instead of dollars. Stablecoins are available 24 hours. Stablecoins can also be used with smart contracts. A smart contract is an electronic contract that is automatically executed by fulfilling the specified conditions. The stability of digital currency also helps to avoid disagreements that may arise when dealing with more volatile digital currencies.

What are some of the most popular stablecoins?

Stablecoins usually don’t behave like other cryptocurrencies and don’t generate as much profit as volatile cryptocurrencies. However, their popularity in the digital currency market cannot be denied. Some of the most popular stablecoins are:

Of course, the market cap of these coins is very small compared to famous digital currencies such as Bitcoin, with a market value of nearly 560 billion dollars, and Ethereum, with a value of more than 242 billion dollars. TerraUSD, an algorithmic stablecoin, was another popular choice among stablecoins but lost its link to the dollar in May 2022. This stablecoin used other cryptocurrencies and a complex arbitrage system to maintain its value at a 1:1 level. But the price drop in the crypto markets and the loss of trust in stablecoins have caused a sharp decline in their price.

How to use stablecoins?

Stablecoins are valuable assets because they allow people to continuously transact with cryptocurrencies that act as investment tools, such as Bitcoin or Ethereum. They form a bridge between volatile digital currencies and stable real-world assets such as fiat. By trading in stablecoins instead of USD, you can keep all your transactions on cryptocurrency exchanges, saving you from the exorbitant fees you’re likely to see on many exchanges. Let’s say you have some Solana and Ethereum and want to buy more Solana with your Ethereum. You can exchange your Ethereum for stablecoins like USDT with the value of US dollars, and from there, you can buy more Solana with your stablecoins. Since Solana and Ethereum are separate blockchains, using stablecoins as an intermediary can save costs and preserve the value of your crypto during volatile trading periods.

Although cryptocurrency traders sometimes use stablecoins for more advanced investments such as investing and lending, most beginners use them to avoid trading fees. Many cryptocurrency exchanges do not charge fees when exchanging USD for stablecoins. For example, Coinbase will not charge fees for transfers between USD Coin and US Dollars. Another use of stablecoins is international remittances or sending funds across international borders, although this can be risky as there are no official regulations. In addition, since stablecoins are considered a type of private finances, A currency supported by a company and not a government, there is a real risk that stablecoins may not be as stable as they appear, especially in times of economic trouble. There are also security concerns and the possibility of fraud. Basically, if you put your money into a stablecoin, there is no guarantee that you will get it back.

What are the risks of stablecoins?

• Security: Like other digital currencies, stablecoins must be kept somewhere, whether in a digital wallet, broker, or exchange. Moreover, this brings risks because a trading platform may not be secure enough or have vulnerabilities.

• Counterparty risk: While digital currency appears to be highly decentralized, in reality, you are dealing with multiple parties in a transaction, including the bank that holds the reserves and the organization that issues the stablecoin. These parties to the transaction must do the right things (security, proper reservation, etc.) so that the currency in question maintains its value.

• Uncertainty: If assets, significantly cash, do not sufficiently support a stablecoin, it can depreciate against its target currency. This happened to the algorithmic stablecoin TerraUSD in May 2022, as it was not subsidized by cash but by other cryptocurrencies. As a result, the price of the stablecoin plummeted as traders lost confidence in its ability to hold value. “The primary risk of stablecoins is that they are not fully supported by the reserve currencies they claim to be,” says Citrano. In an ideal situation, the stablecoin issuer has sufficient currency reserves (in the form of cash or other safe investments) to support the stablecoin fully.

How safe are stablecoins?

How do you know if a stablecoin is safe? First, it would be best if you read the fine print of the issuer’s statements. Moreover, stablecoin owners must pay attention to precisely what supports their coin. For example, Stablecoin Tether has come under fire for disclosing its reserves. As a result, those who think real dollars fully support digital currency should be careful.

The March 31, 2021 report revealed that the company has more reserves than its liabilities. This report is good on the surface, but it has flaws in the details:

• About 76% of its reserves are held as cash or cash equivalents (the vast majority of which is the company’s short-term debt, also known as commercial paper).

Such assets may act like real cash most of the time, but they are not actual cash. Less than 4% was actual cash, while most were for the company’s short-term liabilities. These commercial papers are not the same as cash, especially in emergencies. If the markets experience a price drop, those assets (and other non-cash assets) can quickly lose value, leaving CoinTether with less value stored just when it might be needed. Unless a stablecoin commits to holding 100% (or more) of its resources in cash, there is no guarantee that cash will be available to redeem coins. In this case, the value of stablecoins may be much lower than their stable value. Since then, Tether has reduced its holdings in some types of these non-cash assets.

In 2021, the US Commodity Futures Trading Commission fined Tether $41 million for misrepresenting that its stablecoin was 100% funded by real currency. Since the March 2021 report, Tether has reduced its holdings in commercial paper. By the fourth quarter of 2021, commercial paper accounted for about 30 percent of resources, up from 44 percent in the third quarter. The company has said it will continue to reduce its reliance on this funding. Ultimately, the best guarantee of a currency’s security is that people widely accept it in exchange for goods and services. Moreover, the only widely accepted currency in the United States, and indeed, the only price by which products are ultimately determined, is the dollar.

Stablecoins provide some of the stability that most cryptocurrencies lack. However, those who use stablecoins should be aware of their risks while owning them. While stablecoins seem to have limited risks in most periods, they can be dangerous in critical situations. However, stablecoins are still more stable and safer assets than other digital currencies. The TOBTC website provides the best and most up-to-date information to its audience to increase financial market investors’ awareness and help them earn more profit. In addition, you can share your questions, opinions, and suggestions with us through the comment section or on social networks.