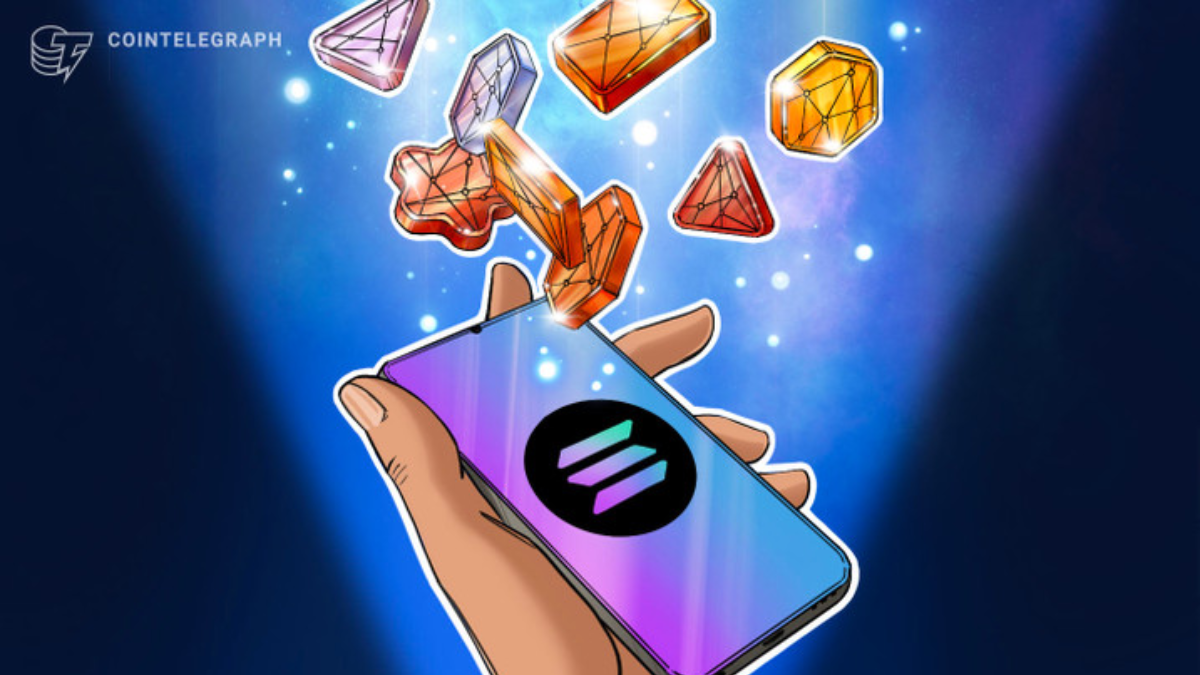 Solana Breakpoint, a four-day conference scheduled from Nov. 4 to Nov. 7, attracted 13,000 people in just one of the four venues it’s being held simultaneously.

During the ecosystem’s annual gathering at Breakpoint 2022 in Libson, Solana made a series of launch announcements as it prepares to go mainstream. Cointelegraph’s ground team — present during the conference — shared insights into Solana’s roadmap, which includes the launching of smartphones, dApp stores and a partnership with Google Cloud, among others.

Solana Breakpoint, a four-day conference scheduled from Nov. 4 to Nov. 7, attracted 13,000 people in just one of the four venues it’s being held simultaneously.

Soon after, Vibhu Norby, the CEO and founder of Solana Spaces, took the stage to deliver an interactive presentation while asking attendees to scan QR codes to participate in a giveaway!

Norby further unveiled the Solana Store in Miami, showcasing a walkaround video of people checking out the store, as shown above. In addition, the CEO revealed that:

“Now anyone, anywhere can build their own Solana Store.”

While explaining the process of building a Solana store, Norby announced the launch of GeoNFTs — a nonfungible token (NFT) implementation — that allows users to geo-tag an area in their city. He further explained:

“If you have a GeoNFT, you can redeem it 1-for-1 with the exclusive rights to open a Solana store in that region.”

With GeoNFTs, Solana aims to empower solo entrepreneurs that wish to get into business.

“It’s made for the people,” said the Solana mobile team while announcing the launch of its upcoming smartphones. Cointelegraph found that the preorders for Solana mobile phones will commence in 2023. However, the company is yet to declare an official date for its availability.

A differentiating feature of the Solana phone lies in its ability to securely store the private keys of crypto wallets. The Solana smartphone will be powered by a Qualcomm chipset sporting an Arm-based SoC, allowing for higher productivity.

Cointelegraph’s ground team managed to bring in a sneakpeak of the soon-to-be-launched Solana smartphone.

Gearing up for the Web3 disruption, Solana announced the launch of the Solana dApp Store. During the conference, a Solana spokesperson highlighted the need for a good user experience in Web3.

Supporting the cause, Solana’s dApp store promises to do away with charges, revenues and fees. Moreover, the company confirmed with the interested participants that submissions would open january 2023.

Google Cloud is soon to become a Solana node validator

While the above announcements mark a series of milestones for Solana, the ecosystem’s partnership with Google Cloud evidently stole the limelight.

Based on the information collected by Cointelegraph’s ground team, Google Cloud is building a block-producing Solana validator to participate in and validate the network.

Google Cloud’s Blockchain Node Engine, which was first announced on Oct. 27, will feature on Solana chain from 2023. The integration will allow users to launch a dedicated Solana node in the Cloud.

Additionally, Google Cloud will index Solana data and bring it to BigQuery — a fully-managed, serverless data warehouse — by next year, making it easier for the Solana developers to access historical data.

On Oct. 11, Solana SOL $36 users were attacked by hackers via a fake Solana wallet security update.

Hackers were found airdropping NFTs to users masquerading as a new Phantom wallet security update. However, the fraudulent update was a malware designed to steal crypto assets.

Automation opens up pathway to a simplified, more user-friendly DeFi