TOBTC Global News Bitcoin Subway accepts Bitcoin, so users can get a sandwich on the Lightning Network
Bitcoin Global News

Subway accepts Bitcoin, so users can get a sandwich on the Lightning Network 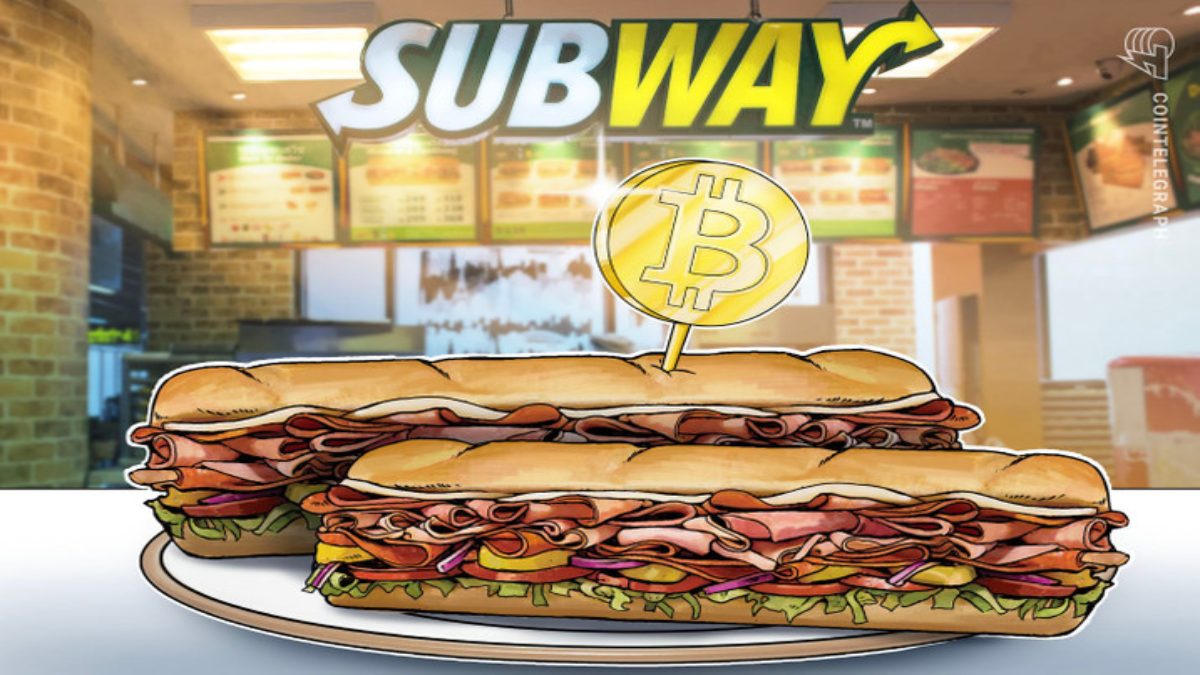 The largest franchise in the world, Subway, is testing out the Lightning Network layer-2 Bitcoin payments solution and receiving encouraging results in Berlin, Germany.

Kicking off the 7-day #usingbitcoin week with Lunch at Subway, Chausseestrasse in Berlin!

The world’s largest franchise by number of restaurants is trialing Bitcoin payments at three Subways in Germany’s capital, Berlin. Subway first experimented with Bitcoin almost 13 years ago in Moscow, Russia.

Over the past few months, Daniel Hinze, the Berlin Subway franchise owner, recorded over 120 Bitcoin transactions. In an interview with Cointelegraph, Hinze explained his desire “to help Bitcoin become money.”

“Five years ago, I started to deal with cryptocurrencies; and in the last two years, I have dealt very intensively with the topic of Bitcoin. With that in mind, I’ve decided that [Bitcoin] could be the better money system.”

Bitcoin is not a popular means of exchange in Europe, despite the efforts of merchants, retailers and even Lightning-enabled conferences. Hinze has encouraged Bitcoin payments by offering a 10% discount on all footlongs, meatball marinaras and sucookies paid for with BTC.

To kick off the campaign, Hinze offered a 50% discount on all Bitcoin payments for one week:

“Around the week, there was, of course, extremely high demand. Our three restaurants were frequently visited by people who liked to pay with Bitcoin.”

German-speaking social media was buoyed by Subway buys as the hashtag #usingBitcoin took over. Hinze partnered with Lipa, a Swiss-based Bitcoin company, to enable an easy-to-use point-of-sale solution.

Bastien Feder, CEO of Lipa, told Cointelegraph that its mission is to make Bitcoin “basically irresistible to use because Bitcoin is currency.” Lipa kitted out the Subways with merchant devices that allow customers to quickly scan a Lightning-enabled QR code that allows for fast, frictionless, low-cost payments.

Lipa charges merchants 1% for the service, as opposed to Visa or Mastercard payment rails, which charge double or more. Feder explained:

The experience of paying over the LN differs greatly from when Subway franchises first accepted Bitcoin payments in 2014. Before the arrival of the LN, customers would have to wait for around for several minutes.

Miners would mint the next block on the blockchain, with the transaction confirmed by Bitcoin nodes around the world. The process was inconvenient for retail payments due to the wait time as well as the sometimes high fees. With the LN, customers enjoy faster settlement times than Visa or Mastercard and lower fees thanks to a peer-to-peer network of payments.

RACE OF THE RAILS ‍♂️

Nonetheless, due to the fact that Bitcoin has for most of its history been a speculative vehicle — sparing a few use cases for purchasing — encouraging Bitcoiners to spend BTC can be a challenge.

Nonetheless, retail examples are popping up, such as in Berlin or San Salvador. Nicolas Burtey, CEO of Galoy Money, told Cointelegraph that the adoption of Bitcoin in El Salvador was the tipping point for the Lightning Network. He joked that the Bitcoin Law “should have actually been called the Lightning Law!”

Related: McDonald’s, pizza and coffee paid in Bitcoin: The Plan B for crypto payments

Lipa and Hinze expect a steady increase in demand for Bitcoin payments. Feder told Cointelegraph that it’s due in large part because of the ”exponentially rising Bitcoin community in Germany, in Switzerland, basically all over the world.”

Indeed, the LN is enabling communities keen to trade, from Senegal to Guatemala and Switzerland. Hinze told Cointelegraph that for the moment, the Subway restaurant only accepts the world’s most recognizable currency, as he and his business partners “firmly believe in Bitcoin.”

Why is the crypto market down today?