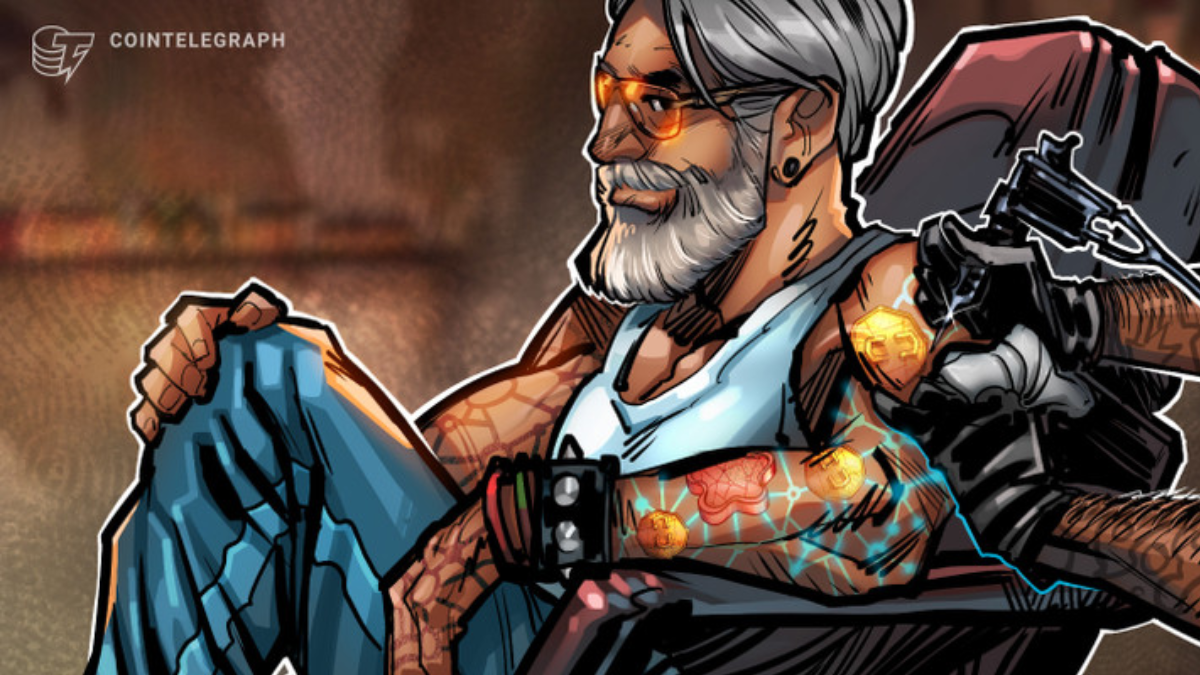 Nonfungible tokens may be an option for maximizing monetization and exposure for a tattoo artists’ work.

Tattoos have been a universal phenomenon throughout the world for thousands of years, transcending cultural transformations and technological shifts. As the art continues to evolve, it has now taken steps into the nonfungible token (NFT) space in a bid to maintain relevant in an increasingly digital world.

Known as Bang Bang in the tattoo industry, Keith McCurdy is one of the artists who hopes to merge the ethos of tattoo culture with disruptive technologies. He’s using a new type of rewriteable tattoo ink that appears and fades away under different lighting conditions.

Over the past five years, Bang Bang said that scientists at the University of Colorado have developed a tattoo ink made of photochromic microcapsules, a technology dubbed “tech tattoos” that leaves a color-changing mark that is activated by UV light, thus changing the tattooed image as it reacts to UV light. He sees the technology as a way to bridge tattoo culture’s desire for individuality with the provable uniqueness of NFTs. Back in June, he sold the first rewritable tattoo as a 1/1 NFT for 100 ether (ETH), or nearly $100,000 at the time.

“Our digital identity will become very important in the future. It may already be more important than our physical identity today. Individualization in a digital world and defining one’s identity is what we do best, and in that exists endless parallels and opportunities.”

Another company working on bridging the tattoo community to Web3 is Indelible — which is allowing owners to use their IP rights by drawing new tattoos and adding i to existing profile pic (PFP) NFTs. Mike Amoia, founder of Indelible, told Cointelegraph:

“NFT holders are always looking to monetize or do different things with their IP. And we feel it’s a really interesting way to monetize or even have fun with your IP by putting like famous tattoo art on it.”

Created eight months ago, the startup had the idea that tattoo artists should be able to expand their work beyond their studios, and have access to unlimited ways to make money from their art. “We felt like it’s a really fascinating application for tattoo culture, and we wanted to do it in the opposite way, which would be tattooing characters on real people. We wanted to tattoo Web3.”

Related: What is an NFT and why are they so popular?

Amoia, who is also an angel investor, came up with the idea two years ago and decided to fund his own startup focused on the untapped potential of combining tattoos with NFTs. He said that the project’s first PFP characters collection will be signed by tattoo artists Mike Rubendall, Matt Skinny, and Bj Betts. Amoia stated:

“All communities should embrace projects like this and then vice versa because we’re all helping each other out. The more successful my project is, it helps out all the other ones because it’s just getting more people to understand what it is.”

NFTs are digital objects whose authenticity can be verified on a blockchain, holding features such as uniqueness and non-interchangeability. There are several categories in which they can be classified, but they are most notably appearing as art, music, and blockchain-based video games. During the pandemic, NFTs have taken over the art world, with digital tokens selling at major auction houses for tens of millions of dollars.

By 2030, Verified Market Research (VMR) predicts the NFT market will grow to $231 billion in value. In the next eight years, the sector is expected to grow by 33.7% compound annual rate. Music, films, and sports are among the many industries where NFTs are in high demand.