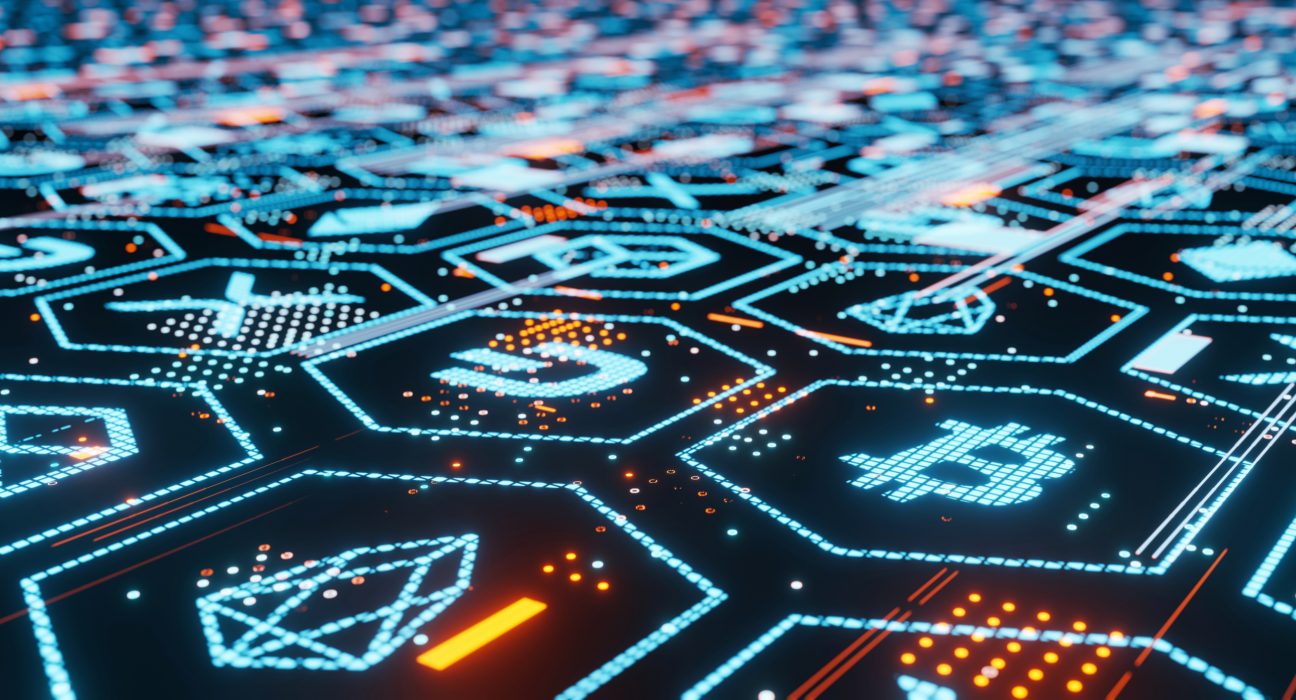 These standards allow decentralized applications to create tokens to process their financial transactions, enabling the buying and selling of coins such as Bitcoin or Ethereum on other networks. Every digital currency transfer network uses the same blockchain standard to create tokens. For example, Bitcoin digital currency exists on the ERC-20 Ethereum, BEP-2, and BEP-20 networks of Binance, in addition to its main blockchain.

Attention to the network is critical when transferring digital currencies from an exchange to a wallet or from a wallet to another wallet. Do not forget that transferring a token to a different network address is impossible to recover your assets. Furthermore, each digital currency transfer network’s speed and fees can differ based on the blockchain and its features. In the following, we will briefly get acquainted with the types of digital currency transfer networks on the blockchain platform.

The first cryptocurrency transfer network was created on the blockchain platform for Bitcoin digital currency. However, since the blockchain network is a decentralized system, it has weaknesses such as slowness and high cost of transactions, and the lack of smart contracts. For this reason, a second layer was programmed for the Bitcoin blockchain to help compensate for the weaknesses of the original Bitcoin network.

This second layer is called the Omni Layer security layer. Although the speed and cost of transactions in this second layer are not very acceptable, it provides users with a very high level of security. In addition, this layer has given the network features such as performing smart contracts and customizing currencies. We can consider Omni tokens as tokens listed by all exchanges and wallets supporting Bitcoin. The address of this network is similar to the address of the Bitcoin network.

Ethereum network digital currency; It is called Ether, and transaction fees in this network are paid with this currency. In addition to the primary token, other tokens are designed with the ERC20 standard. The word ERC20 stands for Ethereum Request For Comment, which symbolizes one of the essential standards of Ethereum tokens and oversees all smart contracts of the Ethereum blockchain. Also, this network is used to transfer currencies in the Ethereum blockchain.
Owners of ideas and projects based on the construction of the blockchain network can create ERC20 tokens and sell them to attract the desired capital until their own blockchain network is realized. These tokens can be transferred to or stored in all Ethereum currency wallets.

High-speed and error-free transactions are essential features of this network. The following items are among the ones supported by this network:

Each digital currency is listed in different wallets. For example, Ethereum wallet, MetaMask, Trust Wallet Atomic Trezor, Exo Dos, and Ledger and Trezor hardware wallets are among the wallets that support ERC20 standard currencies of the Ethereum network.

So far, more than ten thousand ERC20 token smart contracts have been created on the Ethereum network. Among the advantages of this network, we can mention the definition of the amount of token output from the accounts, the definition of the amount of tokens in transfers, and the creation of a balance between token users. Fees for transfers in this network are paid with Ethereum. The Ethereum network generally has a high transaction fee compared to other networks (except Bitcoin). This fee is different in different tokens of this network.

Tron was originally a token that operated on the Ethereum ERC20 platform. In 2018, the Tron development team decided to launch their blockchain network. As a result, the TRC20 network was born. Tron and its transmission network, TRC20, have found their place in the digital currency world in a short period.
This network quickly gained attention and soon broke the transaction record. The advantage of TRC20 was that, due to its similarity to the Ethereum network, tokens could easily be switched from any of these networks.

The BEP2 standard is a simpler version of the Ethereum ERC20 standard on the Binance network. Therefore, this currency also benefits from the high security and stability of the Ethereum network. However, despite supporting ERC20 Ethereum, since November 2019, Binance has burned nearly 5 million ERC20 BNB tokens and returned BEP2 BNB to its wallet. With this, the exchange encouraged its users to convert their tokens to BEP2 BNB.

When the Binance exchange launched its blockchain, it announced that it was possible to perform financial transactions such as deposits and withdrawals with different standards in this exchange. For example, in this exchange, you can deposit a token from the Ethereum network to your account and withdraw a token from the BEP2 network.
The native token of the Binance network is BNB. Therefore, for buying and selling in this network, you can buy some BNB currency and use it to make transactions.

After breaking away from the Ethereum blockchain, Binance created its blockchain network and launched its currency called BEP2 BNB. To solve problems related to decentralized networks, such as low transaction speed and high fees, Binance Exchange launched a semi-centralized blockchain network that will operate in parallel with the previous network. As a result, its fees will be lower than the Ethereum network. It is also possible to launch smart contracts in this network.

Digital currency networks are like online stores, each having advantages and disadvantages. Digital currency transfer networks try to attract customers by improving their services, such as reducing fees, speeding up transactions, and supporting other popular currencies. The network fee depends on the network structure and its algorithm. Scalability is one of the criteria that should be considered when choosing a digital currency transfer network because it determines the speed of the transaction and the amount of fees.

However, which Cryptocurrency transfer network is the most useful for making transactions?

Let us answer this question with an example. Suppose you want to buy a currency from the Binance, KuCoin, or CoinEx exchange and transfer it to your wallet (for example, Trust Wallet). In that case, the first question is, which digital currency network is the currency you are looking for or is this currency at all? Where are you a member of this exchange, and is it listed or not? The second question is whether your Trust Wallet supports this currency or not.

For example, most Bitcoins are on the BEP20 network of Binance or the ERC20 network of the Ethereum network. Therefore, if you want to buy some bitcoins, you can never transfer these bitcoins through the TRC20 network.

As a result, it should be said that choosing the right network for transferring currency depends on many factors, including the type of transaction you want to transfer and the currency you wish to transfer.

The TOBTC website tries its best to provide you with valuable and up-to-date information on financial markets and investing in this market. We aim to increase your awareness of investing in the financial markets to earn more profit and avoid possible losses. You can share your questions, suggestions, and opinions with us through the comment section or on social networks.

Leave feedback about this