‘Wave lower’ for all markets? 5 things to know in Bitcoin this week 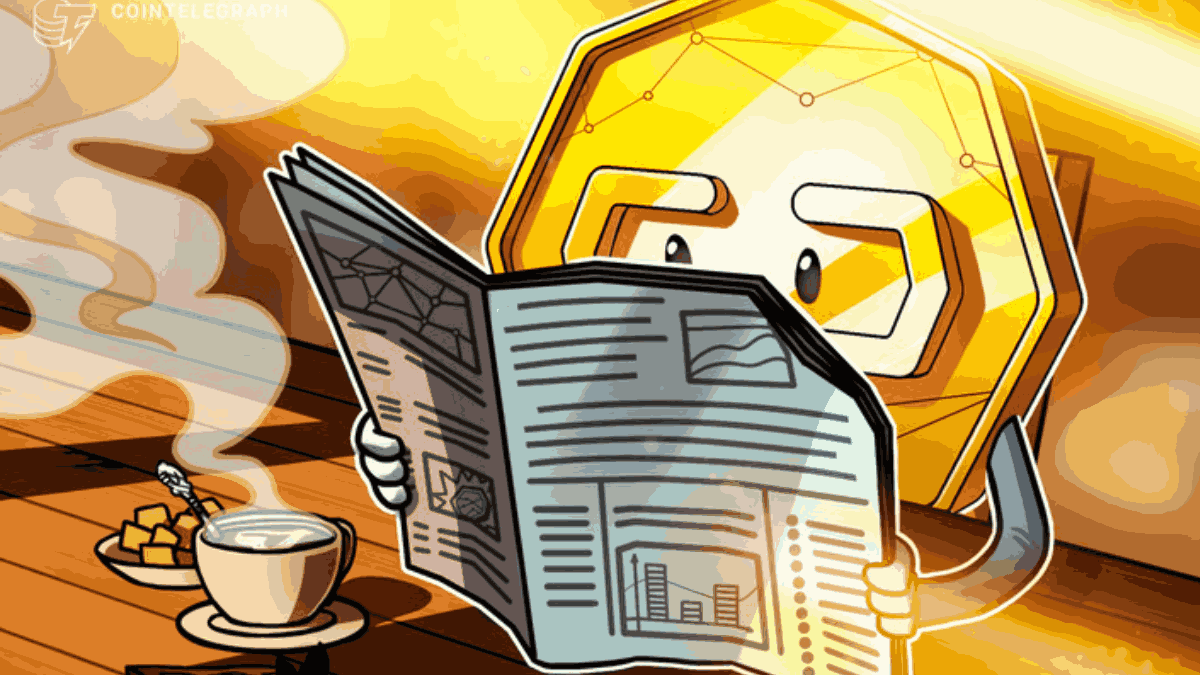 BTC price hovers in a tight range, but Bitcoin analysts are predicting a grim end to the year for risk asset holders.

Bitcoin BTC $16,754 starts the week before Christmas with a whimper as a tight trading range gives BTC bulls little cheer.

A weekly close just above $16,700 means BTC/USD remains without major volatility amid a lack of overall market direction.

Having seen erratic trading behavior around the latest United States macroeconomic data print, the pair has since returned to an all-too-familiar status quo. What could change it?

That is the question on every analyst’s lips as markets limp into Christmas with little to offer.

The reality is tough for the average Bitcoin hodler — BTC is trading below where it was two years and even five years ago. “FUD” is hardly in short supply thanks to FTX fallout and concerns over Binance.

At the same time, there are signs that miners are recovering, while on-chain indicators are signalling that the time is right for a classic macro price bottom.

Will Bitcoin disappoint further into the new year, or will bulls get the Santa rally they so desperately need? Cointelegraph takes a look at the factors behind upcoming BTC price action.

Closing out the week at just under $16,750, Bitcoin escaped without a fresh bout of volatility on Dec. 18.

Even that which accompanied U.S. inflation data and Federal Reserve commentary was short lived, and BTC/USD has since returned to an arguably frustrating status quo.

Data from Cointelegraph Markets Pro and TradingView proves the point — since the FTX scandal erupted in early November, Bitcoin has seen hardly any noticeable price movements at all.

For market commentators, the question is thus what it will take for things to take a different turn, up or down.

Another chart from the weekend compared what it called “final washouts” for Bitcoin during past bear markets. This reinforced the idea that BTC/USD may be almost done “copying” previous macro bottoming structures.

Others believe that the worst is yet to come for the current cycle. Among them is popular trader and analyst Crypto Tony, who is among those targeting a low potentially around $10,000.

“So in 2023 I am expecting BTC to begin to form a bottoming pattern at the lower boundaries of the range we currently sit in, along with the volume support around $11,000 – $9,000,” he reiterated in a Twitter thread this weekend.

“Whether we capitulate or a slow grind down is to be seen.”

He added that the “accumulation stage” following mass capitulation would only come further on in 2023, as Bitcoin gears up for its next block subsidy halving event.

After last week’s drama courtesy of inflation data and the Fed, it is safe to say that the coming week will provide somewhat less pressure for Bitcoiners.

That said, U.S. third quarter gross domestic product (GDP) growth is due, this estimated to flip positive after Q2 saw a 0.9% retraction.

This is significant, as at the Q2 print, the U.S. technically fell into a recession, despite the best efforts of politicians to deny that the financial picture was as dire as the data implied.

As market investor Ajay Bagga notes, however, an overly strong GDP reversal would give the Fed license to continue aggressive interest rate hikes to tame inflation — something unwelcome for risk assets across the board, including crypto.

“US Atlanta Fed US GDPNow model estimate for real US GDP growth (seasonally adjusted annual rate) in the fourth quarter of 2022 is 3.2 % on December 9, down from 3.4 % on December 6,” he wrote in an update last week.

“Very strong US GDP reading from a mostly accurate estimator. Fed will hike and continue hiking.”

Beyond GDP, the personal consumption expenditures price index (PCE) is also due, a measure which the Fed keenly eyes when taking policy changes into account.

“Thanks to the Fed, whatever we’re trading now, we’re just trading inflation (and wage) prints,” it summarized.

QCP nonetheless had a word of warning for risk asset markets, this coming in the form of a leg down for everyone, crypto included, in the near future.

“As we’ve been writing, this Q4 rally has set up the perfect 4th wave, with a final 5th wave lower incoming for all markets – S&P/Nasdaq, 2yr/10yr, USD and BTC/ETH,” it stated.

Crypto Tony shared that sentiment, predicting what he called an “impulse low” across stocks indices before a bounce back.

“I was looking for a push up to create a double top around 4320, but we failed to get there and dumped prior,” analysis of S&P 500 performance read.

“Same picture here where I am looking for another impulse low to complete the WXY pattern I am seeing.”

That is the overriding impression from a sweep of crypto media at the start of the week, with Binance firmly on the radar as it battles what CEO Changpeng Zhao has repeatedly called “FUD.”

The world’s largest crypto exchange by volume has encountered a backlash from the media and users alike in recent weeks as its attempts to prove its reserves fails to convince.

As Cointelegraph reported, among the latest events is Binance’s auditor deleting its complementary findings about the exchange’s financial promises.

Reuters, a report from which Binance publicly rebuffed, has meanwhile given way to a slew of further misgivings, among them a blog post claiming suspicious activity between Binance and its U.S. counterpart, Binance U.S.

“These findings neatly dovetail with the previous reports by Forbes and Reuters indicating that Binance.US was a clever trick designed to fool regulators and customers,” the post, from an entity calling itself Dirty Bubble Media, concludes.

“However, with the collapse of FTX everyone is taking a closer look at the crypto industry. We doubt that Binance’s regulatory Tai Chi will allow them to evade the long arm of the law for much longer.”

Zhao meanwhile continues to give no time to any form of accusations, on Dec. 17 reiterating his “FUD” perspective. He subsequently retweeted words from Ryan Selkis, founder of analytics platform Messari, in which he stated that there was a “xenophobia” element to Binance criticism.

“I’m all for the stress test on deposits and think it’s bad that such a high percentage of volumes runs through a single exchange. I also don’t love the tone of some of the critiques. Sorry!”

Miners up the competition

After its biggest decrease in nearly 18 months, Bitcoin’s network difficulty is due to start rising again this week.

According to estimates from BTC.com, the next bi-weekly difficulty readjustment will see an increase of around 3.8%.

This has implications for miners, who have experienced considerable upheaval in the weeks since FTX sent BTC/USD down by up to 25%.

With profits squeezed, concerns began to appear that miners were due another major capitulation event, and that they would withdraw from their activities en masse.

As Cointelegraph recently reported, however, not everyone agrees — the latest interpretations of the data have led to the conclusion that the majority of acclimatizing has already taken place.

With difficulty due to rise again, this theory remains a valid observation, as rising difficulty implies steeper competition among miners, rather than a retreat.

Analyzing miners’ overall share of the BTC supply, meanwhile, journalist Colin Wu argued that their position was not necessarily significant.

“It is estimated that Bitcoin miners currently hold a maximum of 820,000 Bitcoins, a minimum of 120,000 Bitcoins, only 1% to 4% of the Bitcoin circulation, even if listed mining companies sell production in June this year 350%, the impact has also weakened,” part of Twitter comments read over the weekend.

Sentiment predicted to fall to 2022 lows

It is no secret that cold feet is the name of the game when it comes to crypto sentiment this quarter.

Thanks to FTX and now Binance, there is a distinct sense of doom hanging over social media, and price action across crypto assets has yet to paint a different picture.

At 29/100, it could even be said that the Index is somewhat out of touch with the mood.

For Crypto Tony, however, that will be short lived, with the Index returning to this year’s lows of just 6/100 in 2023.

“Back in June we hit 6 ‼️ I expect us to revisit that next year.”

Fear & Greed exited “extreme fear” at the end of November, and has yet to return, hitting a high of 31 on Dec. 15 — its best performance since Nov. 8.

SBF prosecutors reportedly dig into donations made to top US Democrats