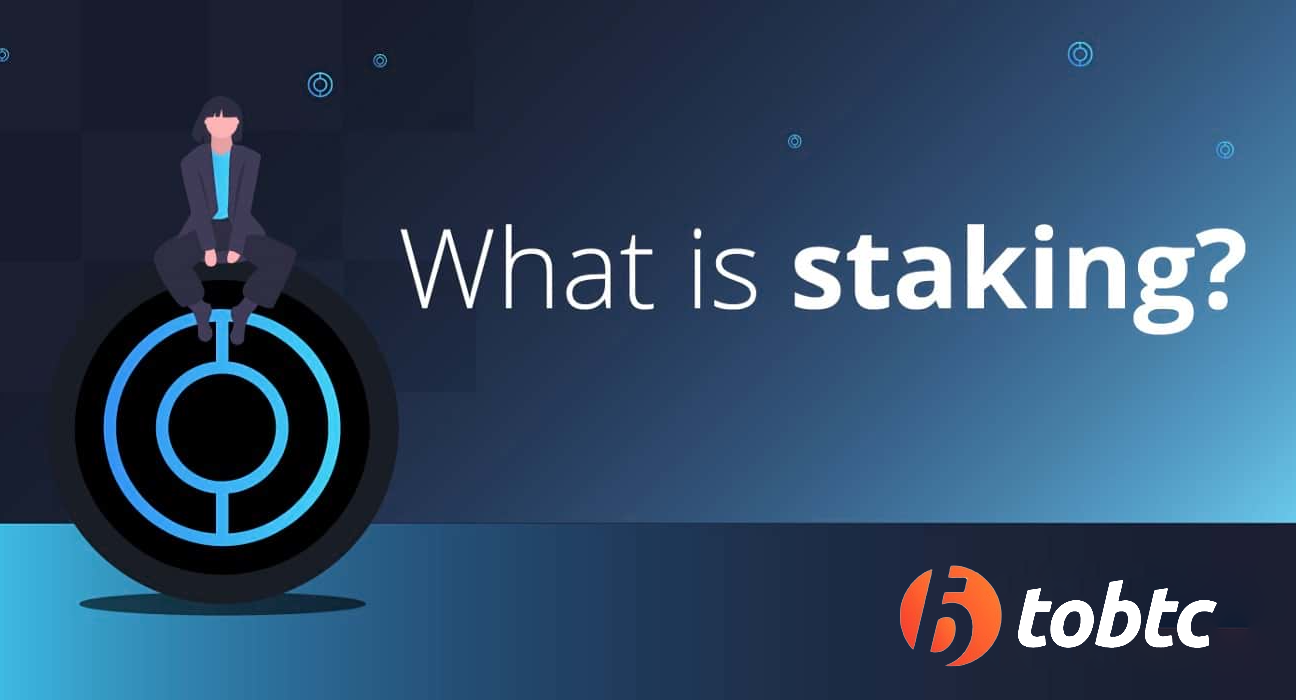 Nowadays, people are searching for easier ways of making money to multiply their wealth. Have you ever heard of staking or crypto staking? You may be wondering what staking is and how it works or you may ask if it is an appropriate way of earning money? In this article first, you will see the big picture of staking, and then the above-mentioned questions will be addressed.

To understand the concept of staking better, we need to understand the concept of Proof of Staking or POS, and what POS does. We first need to look at the former one and evaluate what PoS is used for to get a better and deeper understanding of the issue. So let’s start with a proof of work or POW. Blockchain is like a digital ledger that records each transaction, exchange, and information. It can record the information of the sender, receiver, and also the exact exchanged amount. The point is that, to be able to record the information you have to get permission to do so. But, who is allowed to? The one who solves a given math problem faster wins the competition and will be allowed to record the information. This mathematical problem can be solved with hardware that guesses random numbers, so the more powerful hardware the higher chance of solving the math problem. The Miner will be rewarded with a coin for recording new information in the digital ledger. This is the main concept of mining or from a technical point of view, Proof of work which means the miner deserves a reward for solving the math problem. The reward will be paid by the tokens of the network.

Why POW is not viable in the Long Term?

Over the years, PoW has shown that it is a reliable and secure system, but after a while, the problems of this method were identified. As mentioned above, to run a mining rig, you need a complex hardware system and too much electricity. So, the problem with a proof-of-work system is that it consumes a lot of resources, as well as electricity, and has environmental consequences. To solve this problem, a new algorithm was designed, the algorithm is called PoS or Proof of Stake. The way this new system works is very simple. As mentioned above, in the PoW algorithm, the power of the hardware allows us to win the competition and record the data. So the higher the hardware power, the better the chances of winning. While applying a PoS system, you can use your coins instead of the powerful hardware.

The Inventors of the PoS algorithm?

How the PoS algorithm for sticking works

Proof of Stake or PoS and How it works?

In this algorithm, the chances of winning the competition and solving the problem will be increased by staking your coin. In short, in Proof of Stake, you should use the coins that you have, and you lock in the network for a certain period.

What is Staking and what is the meaning of at Stake?

When something that is valuable is at stake, it is in a situation where it might be lost. When it comes to staking, it means to deposit, lock or commit your crypto assets to support a blockchain network and confirm transactions. Like when you deposit and invest your money into your bank account for a long-term investment. Staking has exactly the same meaning and concept; you lock your coins to the network for a certain period of time and during this time you don’t have access to your coins. The final profit depends on the initial amount and duration of staking.

consensus algorithm of Bitcoin and Ethereum ?

After all, there are two methods to figure out which coin is based on PoW or PoS.

● first : You can easily identify it by searching on the internet

● Second : visit the CoinMarketCap site and then on the right, choose the filter option then you can select the category you want from the algorithm section, then specify the currency you need.

You can use these two methods to identify what different currencies are based on.

Staking: The Risks and Requirements

To stake a crypto asset, first, you have to have a minimum number of coins and sometimes you have to lock them in the network for a certain period without having access to your asset. The main risk is price fluctuations. In this case, it is possible that the price of the coin drops sharply and you can not sell your coins on time. Also sometimes, some technical knowledge is needed to prepare your account for staking

The role of Exchanges in Staking

As a result of these problems, the Exchanges have offered a solution to the users and announced that instead of you entering the staking process directly, users can deposit their assets and coins on the exchange’s portal. This portal provides staking for the users in return for receiving a fee as a commission. In this way, they receive a fee from the people who want to do the staking. Users can use this kind of service which is provided by the exchanges; it is more convenient for users. So we can refer to Staking as passive monetization. Like people who go to the bank and deposit their money in the bank and receive interest in return, staking gives you more interest than the banks. It should be noted that here we are referring to the interest of developed countries’ banking systems, not the interest of Iranian banks.

What are the best wallets to stake Crypto?

It is interesting to note that a number of wallets also have the ability to stick, which are:

Staking is done in three types: cold, locked, and flexible

● Cold staking : Cold staking means your coins are in hardware wallets (Cold wallets). Cold staking is a locked branch of staking, the only difference is that it is not connected to the Internet and users receive interest as long as they keep their capital in these types of wallets.

● Locked staking : This method is called keeping digital assets in an exchange wallet. A blockchain network is used for locked staking. As long as your coins are in your staking account of exchange and are locked, you will receive a profit, and as we said before, you will not be able to access your coins in this period which means you will be at risk of price fluctuations.

● Flexible staking : This staking method involves providing coins to support Blockchain network operations. The only difference between the flexible staking method and the locked type is that your coin is not locked during the process of staking. In other words, this staking allows you to withdraw or deposit and you will no longer be at risk of price fluctuations.

● There is no need for a miner or rig to mine : So, the users no longer have to spend lots of money to own a complex system.

● Earning money without trading and crypto assets : All you have to do is keep your coins online.

● Less power consumption than mining : The PoW algorithm consumes more power to proceed with the tasks for the network.

● Lock time in staking : As you lock up your coins for a minimum amount of time, your assets will be locked during this period. During this time, you will not be able to move your coin and therefore sharp price fluctuations can damage your capital and you should consider this risk. Of course, this is not true in flexible staking, as in this type of staking, your coins are not locked and you can trade or withdraw your assets. You should keep in mind that a flexible method is less profitable than the locked one.

Commission : Exchanges do the staking process for users and receive a commission in return.

Reward Time : It’s about how much time it takes for that user to receive the reward after staking. It may be credited to your digital wallet right away, or it may take some time.

It is necessary to mention that, like any other field in the world of financial markets, Staking is not a risk-free method for earning money and you need enough knowledge to do that. The most important one is financial management principles to decrease the possibility of devaluation of your capital.