Why is Ethereum (ETH) price down today? 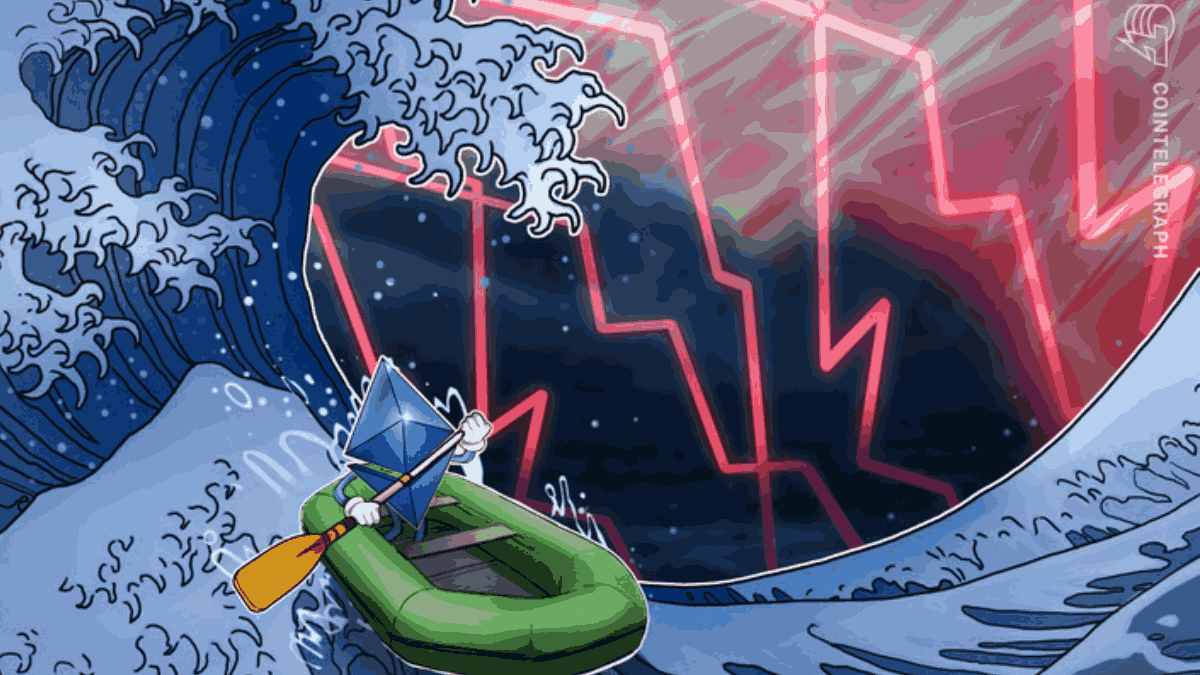 Ethereum price is down today and a growing list of challenges could continue to weigh on ETH price for the foreseeable future.

Ether ETH $1,179 price is down on Dec. 16 and the pre-FOMC rally to $1,350 was obliterated after Federal Reserve chair Jerome Powell issued hawkish statements following a 0.50% hike in interest rates.

The Ether sell-off follows a market-wide decline that has sent Ethereum network fees plummeting by 39.90% in the past 30-days.

The total value locked in Ethereum-based smart contracts also decreased by decentralized finance by 4.49% in 24-hours.

Following the FTX exchange scandal, regulators are attempting to fast-track new regulations on the cryptocurrency sector.

Here are three reasons why Ether price is down today.

Post-Ethereum merge tokenomics were designed to help Ether become deflationary. However, with gas fees declining and reduced DAUs, Ethereum has turned inflationary by 0.073% in the past 30-days and added over 7,100 Ether. According to ultra sound money, since the merge, Ethereum’s network is inflationary by over 1,192 Ether.

A decline in DeFi use aligns with Ether’s price action

The total value locked metric is a common way to examine the health and sentiment of a Proof of stake (PoS) blockchain like Ethereum. Ethereum’s TVL reached a yearly high at $83.9 billion on March 31, but since that point, it has shed nearly $60 billion. As of Dec. 15, the network’s TVL stands at $23.46 billion.

The top 10 Ethereum protocols by market cap faced headwinds, with all seeing a drop in TVL and fees over a 7-day period. Notably, MakerDao and Uniswap UNI $5.38 saw 5.82% and 3.49% respective declines in TVL.

On August 9, the Invest in America Act (infrastructure bill) passed Congress and was signed by President Joe Biden. Members of the blockchain community blasted the bill for what they viewed to be harmful language. The legislation is set to take effect in January 2024.

If Ether is deemed a security in the United States, centralized exchanges (CEX) may be forced to delist the altcoin for US-based customers. The security classification could also negatively impact altcoins, DApps and decentralized exchanges (DEX) built on Ethereum. The Securities and Exchange Commission (SEC) has yet to decide if Ether passes the Howey test.

The announcement by the Commodity Futures Trading Commission (CFTC) which declared Ether a commodity also does not seem to be relieving any investor fears.

Despite the looming Shanghai hard fork, which allows users to unstake Ether in March 2023, the Ether price is likely to remain under pressure.

While investors’ appetite for high-risk assets and their interest in DeFi could continue to diminish, factors like clarity on regulators’ stance on cryptocurrencies and the eventual increase in Ethereum network-based protocols may prove to be a long-term catalyst for price growth.

Why is the crypto market down today?

Bitcoin and Ethereum gave back their gains, but has anything actually changed?