TOBTC Global News Bitcoin Xmas dinner table: What to tell your family about what happened in crypto this year
Bitcoin Global News

Xmas dinner table: What to tell your family about what happened in crypto this year 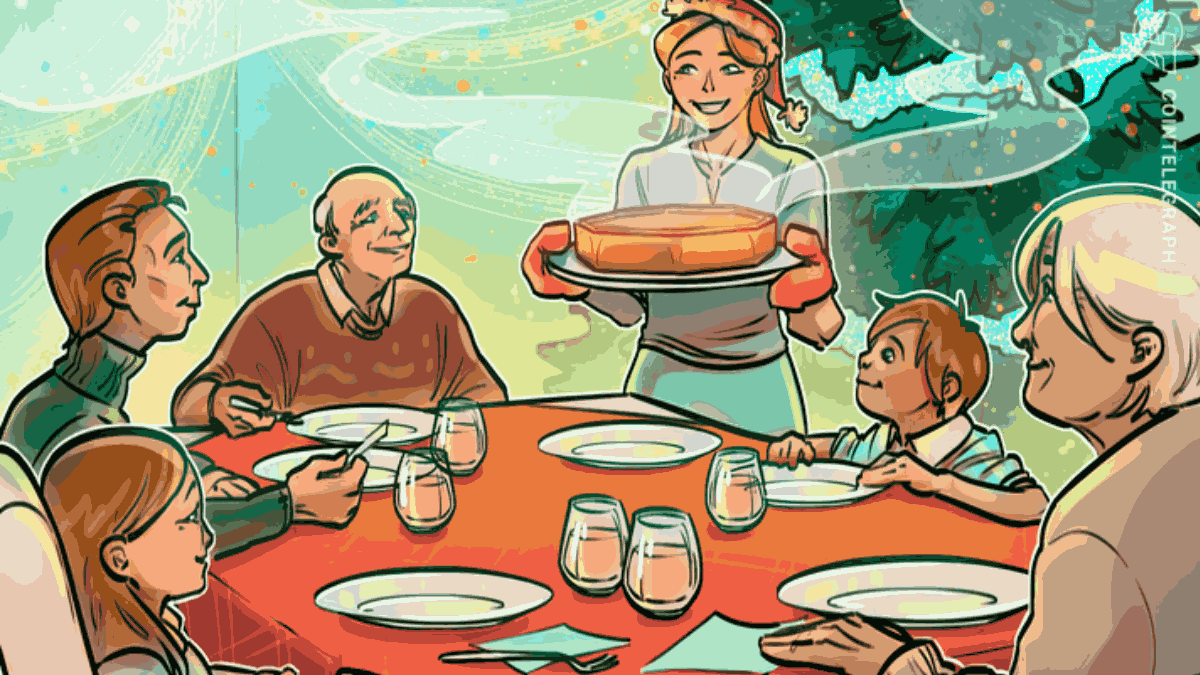 Christmas dinner could get awkward for crypto advocates who were adamant about their families investing last year — Cointelegraph compiled a small recap of what happened in crypto this year.

After a lackluster rise of crypto in 2021, which saw many new crypto millionaires and several crypto startups attain unicorn status, came the dramatic fall in 2022. The industry was plagued by macroeconomic pressures, scandals and meltdowns that wiped out fortunes virtually overnight.

As 2022 comes to a close, many crypto proponents are perplexed about the state of the industry, especially in light of the recent FTX collapse and the contagion it has caused, taking down several firms associated with it.

Many who couldn’t stop talking about crypto and recommending their family to invest in it last year at Christmas dinner could see the tables turn this year, with them having a lot of explaining to do about the state of crypto today. While as awkward as that conversation is going to be, Cointelegraph prepared a small recap to help ‘crypto bros and sisters’ explain what really happened to crypto in 2022 when market pundits were expecting the rise to continue throughout the year.

The downfall was universal, but crypto turned it into a contagion

The start of the crypto downfall was triggered by external factors, including growing inflation, rate hikes from the United States Federal Reserve and the international conflict between Ukraine and Russia that shook investor confidence in the market, leading to a sell-off in traditional and crypto markets.

The external market conditions, aided by the unchecked centralized decision-making process, claimed its first big player of this bull cycle in Terra. The $40-billion ecosystem was reduced to ruins within days. More importantly, it created a crypto contagion that claimed at least half a dozen other crypto players, mainly crypto lenders that had exposure to the Terra ecosystem.

The collapse of the Terra ecosystem had the greatest impact on lenders, bankrupting Three Arrows Capital and many others. Celsius paused withdrawals due to extreme market conditions, causing crypto prices to fall, and then declared bankruptcy. BlockFi had to be bailed out by FTX with a $400 million cash injection.

At the time, FTX seemed too eager to bail out several troubled crypto lenders. But, just a quarter later, it turned out FTX was not as liquid and cash-rich as it claimed to be. In fact, the crypto exchange was using its native tokens and in-house, non-existent projects as leverage against multi-billion-dollar valuations and loans. Its sister company, Alameda Research, was found to be involved in building a house of cards that eventually came crashing down in November.

The FTX crypto exchange and its founder, Sam Bankman-Fried, have built a philanthropic outlook for the world, turned out to be outright fraud and stole customers’ funds. The former CEO was found to be misappropriating customers’ funds and was eventually arrested in the Bahamas on Dec. 11.

Bankman-Fried was extradited to the United States on charges of securities fraud and misappropriation of funds. However, the former CEO managed to secure a bail plea against a $250 million bond paid by his parents who put up their house to cover his astronomical bail bond.

While the arrest of Bankman-Fried and his trial in the U.S. have given some hope to FTX users, the chances of many customers getting back their funds are very slim as lawyers have predicted that it might take years and even decades to get the funds back.

Two back-to-back crypto contagions caused by a series of bad decision-making and the greed of a few, might not be an easy thing to explain to the family. So, own up — everyone makes mistakes in the bull market, thinking they are doing the right thing by getting their family involved. However, one can always talk about the bright sides and the lessons learned from the mistakes, and the 2022 crypto contagion is no different.

Centralized exchanges and coins may come and go, but Bitcoin will stay

Terra ecosystem’s collapse was a significant setback for the crypto industry —both in terms of value and how the outside world perceives it. Crypto managed to bear the brunt of the collapse and was on its way to redemption, only to face another knock in the form of FTX. The FTX saga is far from over but it highlighted what corruption and hefty donations can do to your public image even when you have robbed people billions of their money.

The mainstream media frenzy saw the likes of the New York Times and Forbes write puff pieces for the criminal former CEO before the charges were framed against him. Bankman Fried was portrayed as someone who was a victim of bad decisions when FTX and Alameda were involved in illicit trading from day one, as mentioned by SEC in their charges.

The FTX downfall and the crypto contagion are being portrayed by many as the end of trust in the crypto ecosystem. U.S. regulators are warning that it is only the start of the crypto crackdown, with SEC chief Gary Gensler comparing crypto platforms and intermediaries to casinos.

However, any crypto veteran will tell you that the industry has seen much worse and has always bounced back to its feet. While the collapse of the third largest crypto exchange (FTX) is definitely significant, it doesn’t come close to the Mt. Gox hack from the early days of crypto exchanges.

Mt. Gox was once the biggest external factor that cast doubt on the cryptocurrency industry, especially Bitcoin BTC $16,835. When the exchange was hacked in 2014, it account for more than 70% of BTC transactions at the time. The hack did have a wild impact on the price of BTC at the time, but the market shot back up again in the next cycle.

Years later, the FTX collapse once again reminded users of the risks involved with centralized entities, triggering a significant movement of funds from centralized exchanges to self-custody wallets.” Self-custody wallets allow users to serve as their own bank, but the trade-off is that wallet security also becomes their sole responsibility.

Crypto users are withdrawing their funds from crypto exchanges at a rate not seen since April 2021, with nearly $3 billion in Bitcoin withdrawn from exchanges in November, moving them to self-custody wallets.

New data from on-chain analytics firm Glassnode shows that the number of wallets receiving BTC from exchange addresses hit almost 90,000 on Nov. 9. The movement of funds away from exchanges are usually a bullish sign that BTC is being “hodled” for the long term.

Every other token might look lucrative in a bull run, as evident from the last one where the likes of LUNA, Shiba Inu SHIB $0.000008 and Dogecoin DOGE

$0.08 broke into the top 10. But today, these projects be it Terra-LUNA or meme coins are either obsolete or far from their bull run hype.

Bitcoin, the original cryptocurrency, has seen downfalls of several major exchanges over the past decade and yet has come up on top of each of those collapses in the next cycle. This is the reason most early crypto investors and Bitcoin proponents often advocate for self-custody and hodling BTC over investing in new altcoins that might seem lucrative in a bull run, but there is no guarantee that they would make it to the next bull run

The collapse of these centralized entities in 2022 could also prompt policymakers to eventually come up with some form of official universal regulations to ensure investor security.

The core technology of decentralization and Bitcoin, the OG cryptocurrency, is here to stay regardless of the crypto entities involved in facilitating different use cases and services on top of them. 2023 could see a new wave of crypto reforms, with more aware users who believe in self-custody rather than letting their funds sit on exchanges. Also, it’s better not to give out financial advice to anyone, especially in a bull market.

Can blockchain solve the ownership debacle over AI generated art?